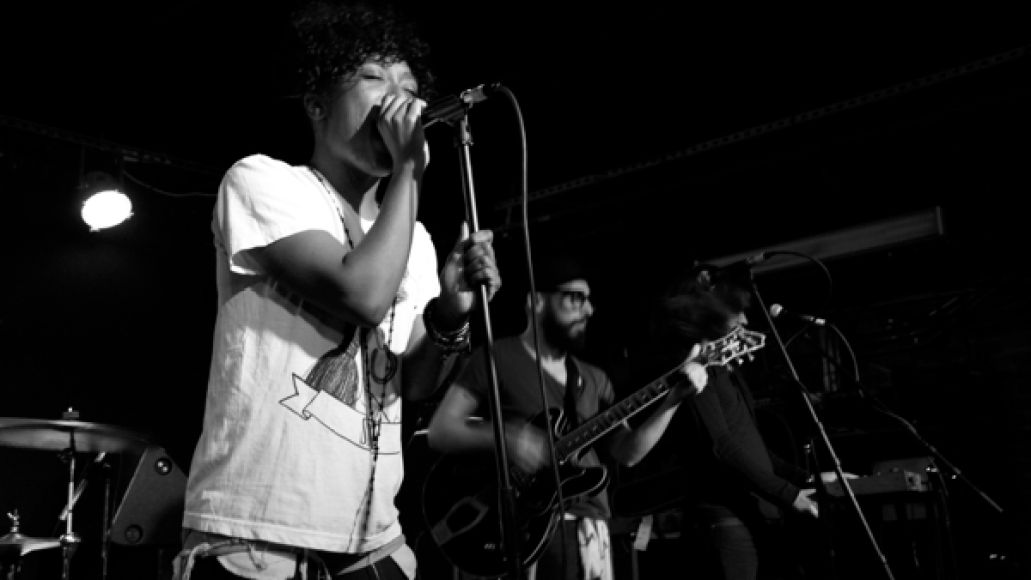 After listening to Brightest Darkest Day, the debut album released this week by gritty electro-poppers PYYRAMIDS, watching a set at Mercury Lounge Wednesday night was an intriguing idea—mainly to see if their studio sound translated to a live setting well. Having to muck through a rainstorm during the tail end of rush hour in Manhattan was irksome, to say the least, so I was prepared to judge harshly. But I’m happy to report that the members of PYYRAMIDS—OK Go guitarist Tim Nordwind and He Say/She Say vocalist Drea Smith—have the chops and the chutzpah to transcend the safety nets of the studio and convincingly incarnate the dark and mysterious aura of their previous recordings onstage.

After watching the sound guy struggle to remove a thick bouquet of fake roses from the mic stand for five minutes, I decided it was probably best that I missed the opening act. My thoughts were interrupted seconds later as Nordwind and the three backing band members took their places onstage while the room finished filling up, just before lead singer Smith strode into the spotlight. While she was being greeted by cheers from the audience, a girl standing behind me shrieked, “My god! I was just in the bathroom with that chick!” 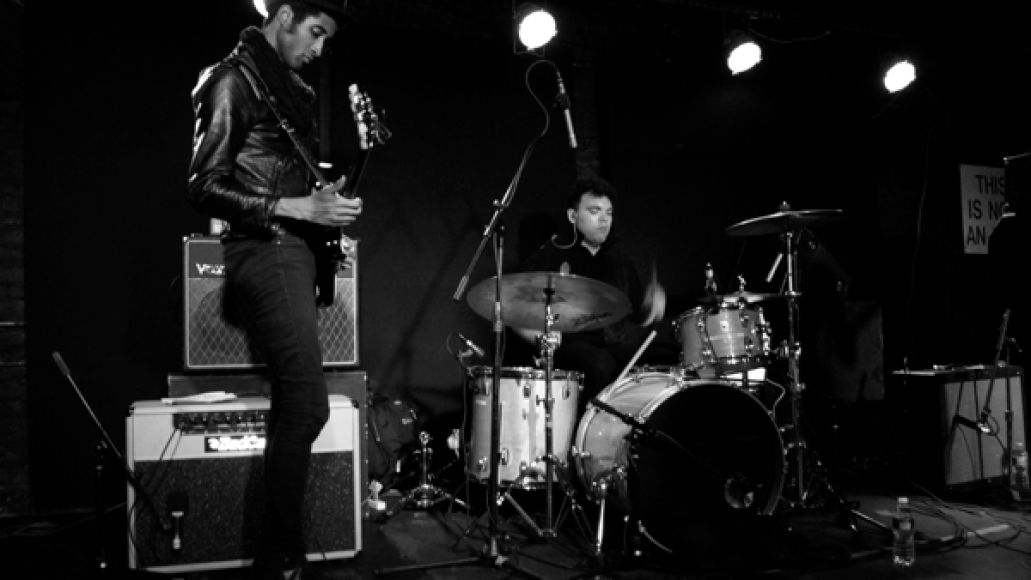 Fortunately, her drunken squawking was drowned out by turbocharged opener, “Smoke and Mirrors”. Sludgy electric guitars, rumbly tumbly percussion, and atmospheric waves of electronic bleepings constituted songs like the aforementioned, along with “Human Beings” and “Don’t Go”. This facet of PYYRAMIDS was the most interesting from a musical and personal standpoint, channeling the Yeah Yeah Yeahs’ oft-overlooked Is Is EP or The Kills’ Blood Pressures album with a lo-fi-leaning rock approach to commercial-friendly electro-pop—all woven together with Smith’s sultry-voiced croonings. Martina Topley Bird and Metric are two other artists that came to mind during the show, although PYYRAMIDS’ selected songs were less repetitive than the latter’s tend to be, thank god. (The only exception was probably “Invisible Scream”, however, which a noticeable number of audience members deemed as “the bathroom break song,” or “the trip to the bar song,” in my case.) 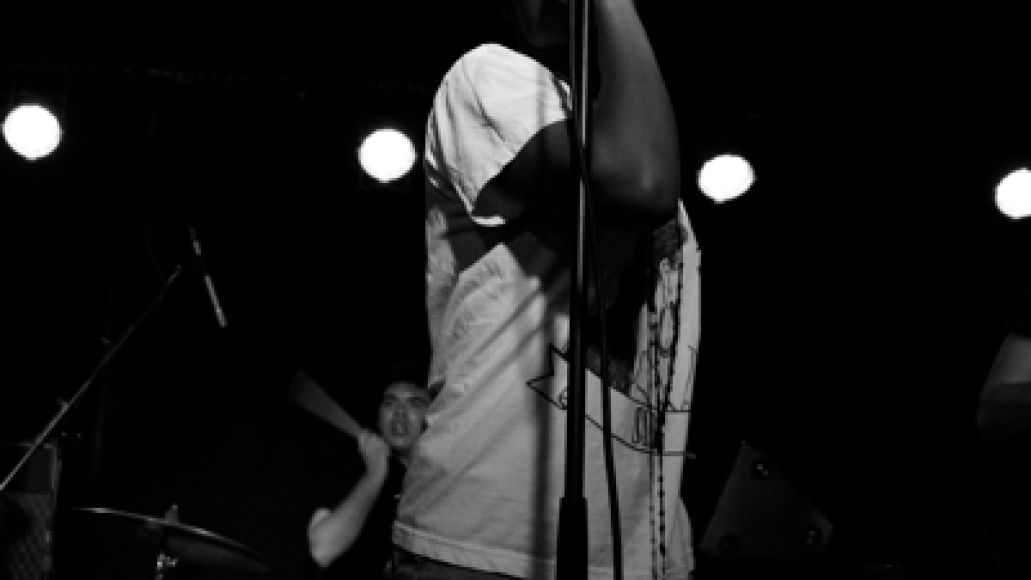 Other numbers like “Animal” and “Do You Think You’re Enough” switched from the percussive, experimental feel PYYRAMIDS offers to more straightforward pop/rock, which the mixed Mercury Lounge crowd seemed to favor. Despite the lack of a glitzy light show or projected images—which were anticipated, given PYYRAMIDS’ colorful, almost-psychedelic aesthetic—these songs carried themselves well enough, while conjuring mental images of sexy Maybelline commercials and sweaty Leo DiCaprio clips from Romeo + Juliet where Radiohead’s “Talk Show Host” repeatedly plays.

Seeing PYYRAMIDS play was like listening to the soundtrack of a movie with a lot of muggy desert car-chase scenes. In fact, Smith manifested the sexy-rockstar-race-car-driver persona well enough to merit a slight comparison to the mighty Tina Turner in Mad Max: Beyond Thunderdome, thanks to her commanding presence and powerful voice.

It’s a shame that her vocals weren’t turned up higher, though, because the extent of her range and abilities didn’t fully come across until she ramped things up an octave on the final song: a bracing cover of PJ Harvey’s “Rid of Me”. Idiots in the audience didn’t quite recognize the song—(don’t get me started)—but regardless, after ending the performance on that note, it was difficult to describe PYYRAMIDS’ show as anything but stimulating.