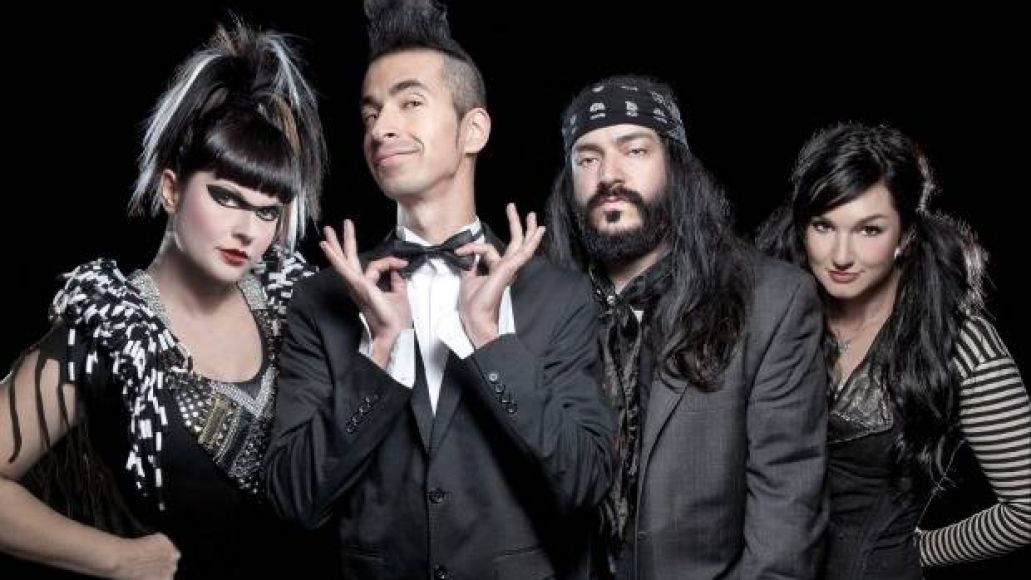 Mindless Self Indulgence is a self-described electronic punk band from New York City whose Facebook page lists My Chemical Romance and Morningwood as “Artists We Also Like”. They’ve toured with Korn and Sum 41, and even formed their own record label called Uppity Cracker. They also have a song called “Faggot”.

Here’s the transcript of Urine’s rant from the band’s show at the Marquee Theatre in Phoenix on Friday night:

And here’s the video:

Two real quick thoughts here: 1.) Urine does know White has already won a bunch of Grammys, right? So clearly he ripped off the right motherfucker. 2.) He seems genuinely sincere with his plea for a White Stripes reunion, which makes this whole thing all the more confusing.

Thanks to CoS reader Luis for the heads up…

Mindless Self Indulgence accuse Jack White of ripping them off