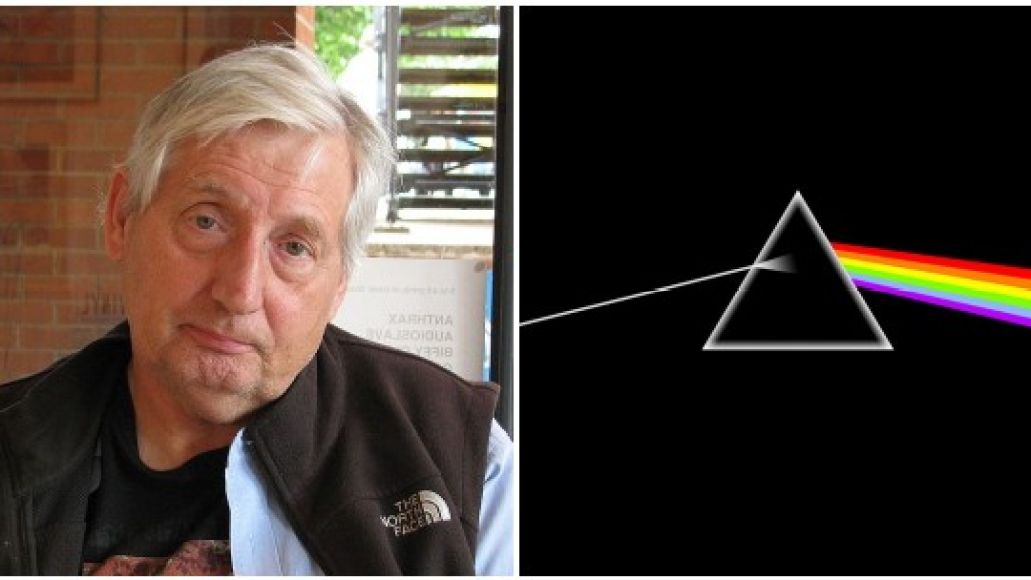 Storm Thorgerson, the noted artist behind album covers for Pink Floyd, Led Zeppelin, and Peter Gabriel, has died. He was 69.

A native of Middlesex, England, Thorgerson attended Cambridgeshire High School for Boys with Pink Floyd’s Roger Waters and Syd Barrett, and contributed artwork to 15 of the band’s releases, including The Dark Side of the Moon and Wish You Were Here. In a statement, Pink Floyd’s David Glimour said Thorgerson was “an inseparable part of our work”.

Thorgerson also designed album artwork for Led Zeppelin’s Presence and In Through the Out Door, Peter Gabriel’s first three solo albums, and Genesis’ …And Then There Were Three…. More recently, he collaborated with The Mars Volta for De-Loused in the Comatorium and Muse for Absolution and Black Holes and Revelations.

Thorgerson was also skilled behind the lens, directing videos for Pink Floyd’s “The Dogs of War” and “Learning to Fly”, Robert Plant’s “Big Log”, and Yes’s “Owner of a Lonely Heart”.

R.I.P. Storm Thorgerson, artist behind The Dark Side of the Moon cover