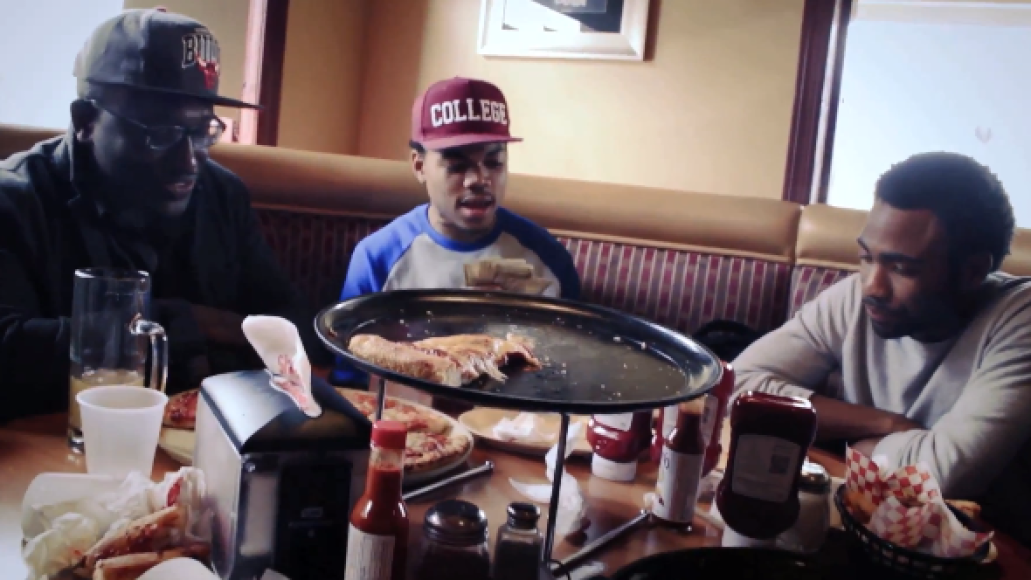 Until the U.S. government decides to create an indie musician’s fund — like a hipster version of the GI Bill — most of these acts are going to have to fend for themselves. As a means to give back, and snag a few laughs to boot, comedy website Jash (founded by Sarah Silverman, Michael Cera, Tim and Eric and Reggie Watts) have a new initiative: take a rapper and a comedian, give them $5,000, and let them shoot a music video. Is this perhaps reparations for Silverman’s, um, less than savory material? Or does Cera just need even more street cred?

The latest duo to fall into some Benjamin’s is comedian Hannibal Buress and Chicago’s Chance The Rapper, who together created a clip for the Acid Rap single “NaNa”. Mixing an actual video with behind-the-scenes footage, the piece sees the pair spend money on pizza (oh, hey Donald Glover!), gold chains, satin suits, and random goodies at the 99 cent store between shots of Chance rapping at comedy club and on the street dressed in a chicken suit. The economy may be in the crapper, and there’s no shortage of starving orphans, but we’d say this endeavor’s money well spent!

The Acid Rap mixtape is due out April 30th.

Watch Chance The Rapper and Hannibal Buress blow through $5,000 in video for "NaNa"