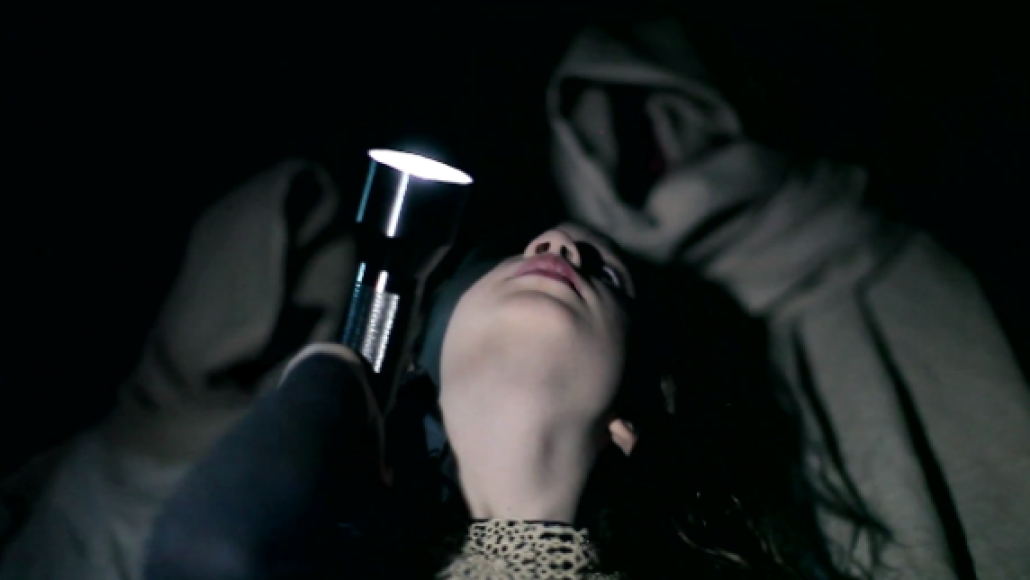 Philadelphia six-piece Grandchildren exists on musical fault lines, straddling the realms of rootsy folk and beat-and-sample-centric pop. It’s a perilous spot to occupy, but the band have made it work for sometime, beginning with 2010’s Everlasting and in subsequent tours with Man Man, Seabear, and O’Death. They’ll continue to combine their mis-matched inspirations with the release of their sophomore LP, Golden Age, due out May 7th via Ernest Jenning Record Co.

For a high point of what their blend of “electro-acoustic orchestral pop” is capable of, turn no further than their new single, “Sunrise”. This particular number is electro-pop approached with the methodical caution of folk, with handclaps, random drum samples, and high-pitched vocals endowed with a sheen of organic consistency. Both genres shine equally bright, marrying together to form something as grand and celebratory as it is earnest and solemn.

Without coming off as over-plotted or overdone, the accompanying music video reflects that natural vs. unnatural dynamic. Here, a young girl explores some darkened woods inhabited by taxidermied animals. Eventually, she comes across some hooded figures and walks through what can only be described as pre-pubescent disco. With reality and fantasy too blended to distinguish, it’s the perfect visuals for this otherworldly ballad.

The video was directed by Michael James Murray from Out of Town Films.