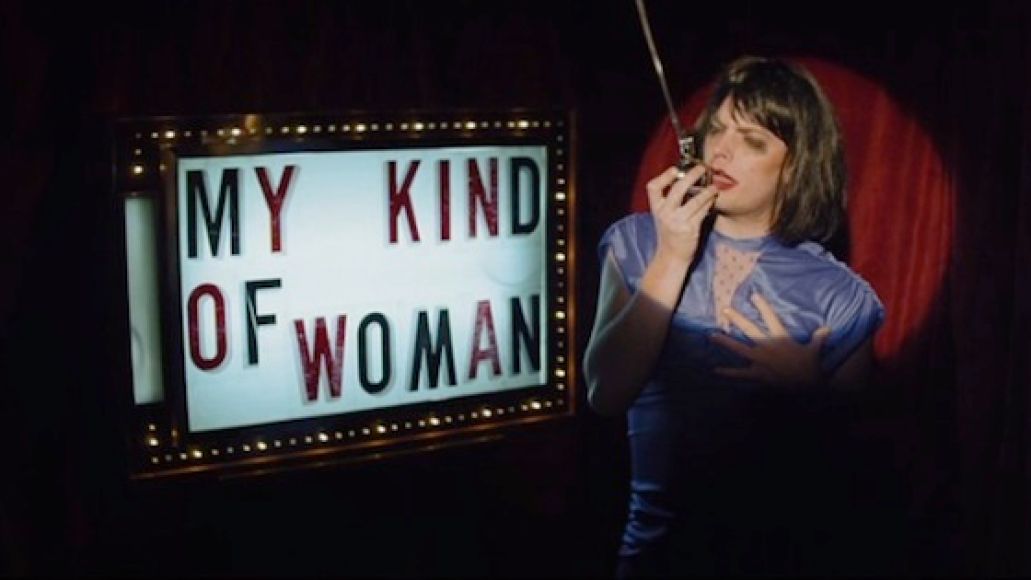 Ever the quirky troubadour, never afraid to goofily take on Weezer or don a Mozart costume, Mac DeMarco pulls on a svelte, blue evening dress and  applies, err, smears on some makeup to show off his inner female in the new video for 2‘s “My Kind of Woman”.

Director Alex Lill explained the concept behind the visuals: “We wanted to do something different, so [we] changed the track’s original intention of being a love song between a man and a woman to become an ode between a man and himself — his feminine self.”

Watch DeMarco in all his cross-dressing glory below (via Nowness).

DeMarco will be on tour this summer, cruising through North America from mid-June to mid-July in the lead up to Pitchfork Festival. Consult the full schedule below (and cross your fingers he brings his blue dress).