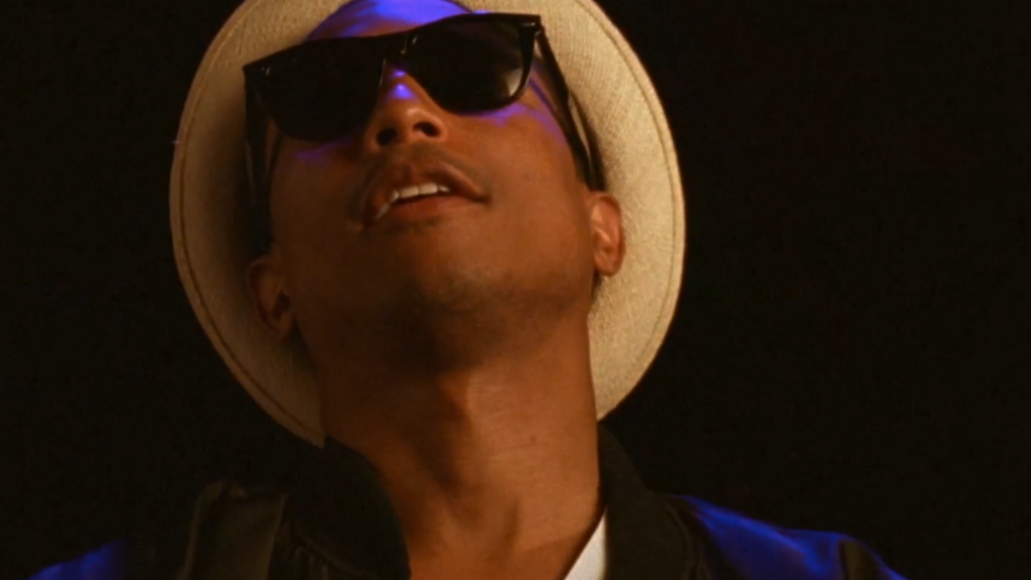 Daft Punk have revealed another installment from their new video series “The Collaborators”, which focuses on the musicians who contributed to the duo’s upcoming album Random Access Memories. This video features musician/producer Pharrell Williams, who sings on the album’s lead single, “Get Lucky”.

Pharrell said that upon arriving in the duo’s Paris studio, “they gave me this tablet that you put in water… more on the holistic side… And soon as I took it — it was a burst of energy. But by the time I got back on the plane to America, I forgot everything.” He theorizes that it may have been the duo’s version of the Neuralyzer from Men in Black.

In regards to “Get Lucky”, Pharrell explained that “getting lucky is not just sleeping with her, but meeting someone for the first time and it just clicking. There’s no better fortune in this existence to me.” He also said “this music represents the freedom of all human beings.”

When asked by the interviewer what’s next for Daft Punk, Pharrell said, “Up… it’s where they belong. We’re lucky they hang out on this planet.. they can just get back on the spaceship… and go!” Maybe, that pill is still having an effect on ol’ Pharrell?

If you missed all the Daft Punk news over the weekend, here’s a quick refresher: On Friday night, the band unveiled a performance video for “Get Lucky” featuring Pharrell and Rodgers, and also confirmed the full list of album collaborations, specifically The Strokes’ Julian Casablancas, Animal Collective’s Panda Bear, Paul Williams, Giorgio Moroder and Todd Edwards, among others. Then, on Saturday, came photos and video of Daft Punk modeling their new suits, followed by an extensive interview with Rolling Stone, in which Thomas Bangalter and Guy-Manuel de Homem-Christo discussed the recording process, upcoming tour plans (or lack thereof), and a recent collaboration with Kanye West.