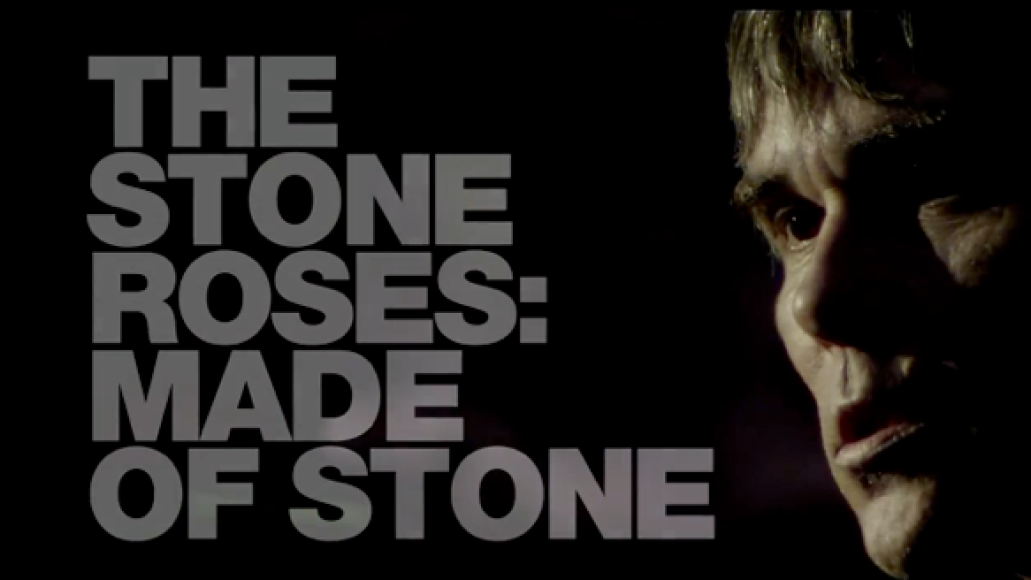 The Stone Roses may not have the most sizable American fanbase – as evident by the “meh”-sized crowd at Coachella – but their reunion was heralded like a resurrection of Biblical proportions in their UK home. It makes sense, then, that the seminal Britpop quartet is the focus of a new documentary, The Stone Roses: Made of Stone.

Documentary film director Shane Meadows (This is England)  had been waiting 20 years to record the history of The Stone Roses. “Making this film,” Meadows told The Telegraph, “I got to be part of something truly remarkable, the double decade awaited ‘resurrection’ of my all time favorite band.” He went on to say that while the film covers the band from its 1983 origins to their 2012 reunion, it’s not “a history lesson, nor is it a two-hour concert film. It is a film about defying the odds, sticking it to the man and telling the cynics to shut their pie-holes!”

Made of Stone will premiere in Manchester on May 30th, where the band and director will be on hand as the event will be streamed into 100 cinemas across the UK. The film will then get a UK and Ireland wide-release on June 5th (no word on possible U.S. showings). In the meantime, check out the film’s new trailer below — no matter where you live.

Watch the trailer for The Stone Roses' new documentary, Made of Stone