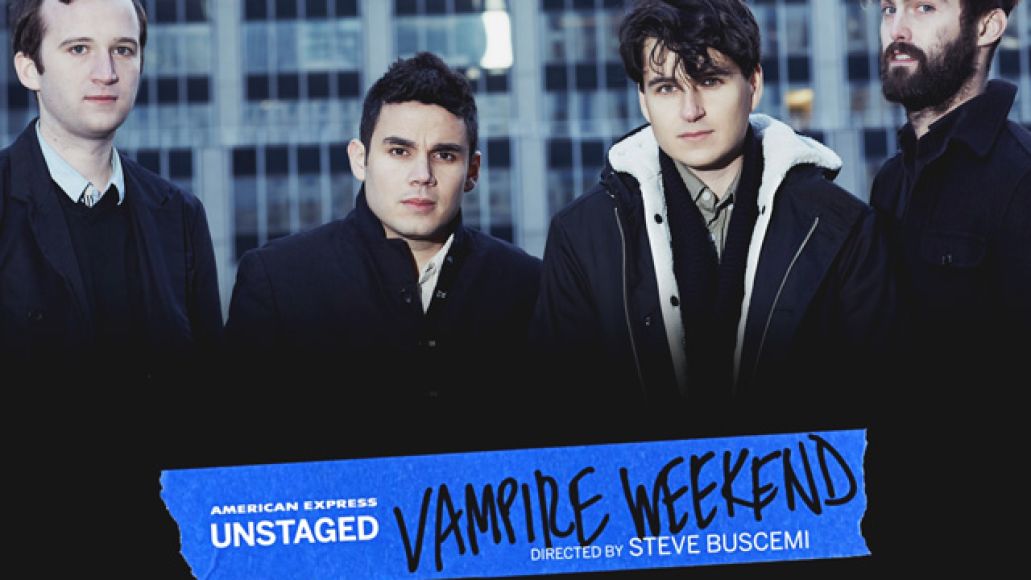 And it all comes to this: Following an adventurous and often hilarious promotional campaign, which included cameos from Grimes, an NYC mayoral candidate, and bowling hipsters, Vampire Weekend will finally take the stage at New York City’s Roseland Ballroom tonight as part of their American Express Unstaged webcast, director by actor and bassist Chris Baio’s distant cousin, Mr. Steve Buscemi.

The concert marks the band’s first proper New York City performance in two and a half years, and they plan to perform at least half of the material appearing on their new album Modern Vampires of the City, due out May 14th via XL Recordings.

Check out the band’s upcoming tour schedule below.