Bradford Cox makes it real easy to get to the heart of Monomania by putting the thesis to the album up front: “Finding the fluorescence in the junk.” For all the mythos surrounding Cox and Deerhunter, their latest album is an attempt to put more distance between the spiritualism of their lyrics and the spiritualism of the music. It’s a continuation of Weird Era, Cont., the companion to their 2006 album Microcastle, where craggy guitars and distorted vocals make for what’s ostensibly a dirty garage rock album glowing from the inside.

However, this isn’t Is This It. Deerhunter don’t make it easy to hang on the choruses of their songs, as has been their nature since the Turn It Up, Faggot years in Athens where the band spent live shows dousing themselves in fake blood and improvising Bauhausian and The Birthday Party-esque jams for hours. Deerhunter, and especially Cox, have always been confrontational with their music and the politics behind it, especially in his heady, candid interviews. Recently he’s been on an avant (not aprés) garde kick in his interviews, talking about getting back in touch with the roots of American music to try to recapture what he thinks is absent: “That’s what’s missing from indie culture, though: Bo Diddley and blackness. There’s a struggle that exists in black music and hillbilly music from a certain era. Old music resonates with me, new music doesn’t.”

Cox claims he is a monomaniac, which by extension he’s also become something of an egomaniac, and his fifth LP with Deerhunter rests largely on what kind of mania you want you want to ascribe to the music — listener’s choice. On Monomania, Cox puts a little more distance between himself and the UK forebears of weird and psych. Clinic and Birthday Party remain in the aft while it seems like the time they’ve spent with their Athens’ neighbors The Black Lips have some more help in rounding out the sound of the album — to get back in touch with the roots old southern garage rock.

The foremost example of Cox’s egomania might be found in his relationship with guitarist and prolific solo artist unto himself Lockett Pundt, who has struck out on his own as Lotus Plaza. His two solo albums further defined his own dreamy populist krautrock compositions that work in tandem to Cox’s more crusty krautrock compositions. Like the standout “Desire Lines”, the high-water mark Halcyon Digest, Pundt returns with “The Missing” here, an early balm to try to stave off the abrasion that’s to come on the record. For the first time in Deerhunter’s career, a Pundt contribution sounds out of sync with what’s around it. It’s a not junk — it’s rather pretty, and at odds with Cox’s direction that he wants to take.

Which in some way works, though in the context of the album Pundt’s song sounds like an inert orphan. The rest of Monomania is all propulsion all the time. “Pensacola”, which sounds like it could be a B-side Black Lips song anyway, doesn’t pretend to be anything other than a Pan-handle hootenanny blues song about a special someone running away with another man. Which leads right into the college radio jam “Dream Captain”, where Cox lets his words slide out of the corners of his mouth like Bob Mould fronting BTO. It’s as apple pie as Deerhunter has ever been.

This performative rocker attitude Cox dons suits him well enough, though perhaps not as form-fitting as his crystalline troubadour mask he wears in Atlas Sound. He injects all kinds of muscle into Monomania, perhaps most on the excellent title track. From his jean-jacket growl, to the obsessive pummeling of the word “monomania” (get it?) as the song reaches its fabulous peak, to sounds of a 100cc motorcycle driving off. His voice is caked in double-tracking and distortion, which often come across as silly stilts to make him seem taller as opposed to a texture to prevent things from getting too real. The one acoustic ballad “Nitebike” is slathered in so many vocal effects to keep you even further away.

By the record’s end, the gap between the gritty masculinity on the surface and the self-deprecation below is so wide that Monomania achieves what it set out to be: an avant punk record. It’s a cagey, manic record that tethers the band’s new-American muscle to Cox’s longstanding self-immolation. It’s dizzying and disorienting to have the centrifugal force of the album depend on two centers of gravity, but then, it wouldn’t be a Bradford Cox project if it were anything less. Those dichotomies are what make it something lasting, something important in the Deerhunter catalog. “I’m blue light I’m a cripple coward / shining out in the night” he sneers on “Blue Agent”, trying his best to light up the piles of junk that have built up over the years into something bright enough to see where to go next. 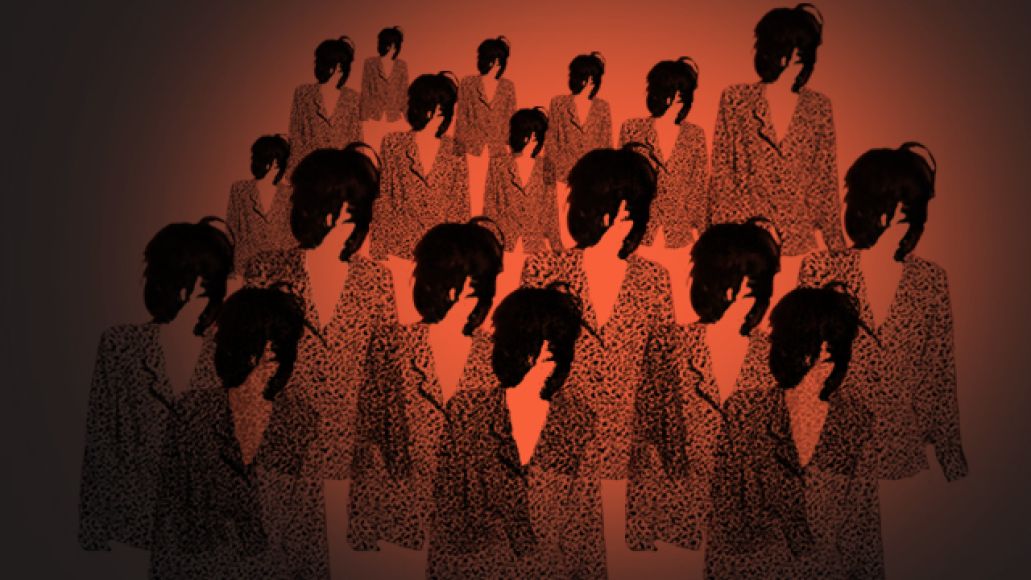