Laura Marling’s ivory vocals may be as lovely as the English countryside, but don’t call her demure. The 23-year-old London native has been writing and recording since she was 16 while notoriously maintaining her distance from the stage. The young artist is notably shy while performing and choosy with her interviews. But her selectivity only seems like a testament to her humility.

On her fourth release, Once I Was an Eagle, Marling physically and metaphorically sheds any notions of fragility with songs that are captivating and complex. Her husky vocals and rambling folk energy garner comparisons to Joni Mitchell. However, Marling’s voice is unmistakable on its own – self-assured, learned, and backed by a certain pain that belies some emotional scarring.

Eagle is tighter than her previous album, 2011’s A Creature I Don’t Know. With a lilting piano, soft strums, and the pats of a bongo at most, Once I Was An Eagle strips the art of Marling down to her barest. Just look at the photo of her bare back, stretching her arms toward the sky on the album’s cover. The absence of a full band puts full focus on Marling’s lyrics and gives her music an intimacy reminiscent of Nick Drake’s Pink Moon.

Nevertheless, new beginnings constitute the album’s core. “Be gone from me, beast” is Eagle’s first line and its meaning extends throughout the album. Expulsion, rebirth, and retribution are the pervasive elements here, and they seem representative of a personal shift in Marling’s life. Recently, she moved from England to the expanse of Los Angeles. Interesting, she chooses the image of the eagle — the “master hunter” of the foot-stomping “Master Hunter” — instead of the traditional revival bird, the phoenix. For Marling, the eagle is a symbol of empowerment, which seems more important to her than mere revival.

Flying the coop also made Marling come to terms with the consequences of romance, highlighted in “I Was An Eagle”. Much like Jack White, she refuses to submit to the controlling hand of romance. White wrote “I won’t let love disrupt, corrupt, or interrupt me,” and Marling similarly states: “I will not be a victim of romance, circumstance or any many who could get his dirty little hands on me”. The refusal to submit to oppression comes up frequently in Eagle and in tongue-in-cheek ways; Marling spits “I’m not your tiny dancer” (“You Know”), but marvels at how a new lover can make “love seem sweet – isn’t that a heavy feat?”

Title track offshoot “I Was an Eagle” is the album’s most emotive track, tugging at memories of heartbreak, unrealistic notions of romance, and the beauty of the moments worth keeping. It bites as it flies far over your head, while “Devil’s Resting Place” purrs with Marling’s open admission to accepting temptation.

The unexpected instrumental “Interlude” interjects with two jousting violins. The intermission provides a moment to reflect on memories of retribution, before the album continues with the gorgeous bluegrass undertones of “Undine”. Elsewhere, soft keys  complement Marling’s warbling on “Where Can I Go” and “Once”, a throwback to Bob Dylan’s tangled-up-in-bluer sounds.

“When Were You Happy (And How Long Has That Been)” stings like a question you don’t know how to answer. “We’re all looking for answers we know can’t be found,” which Marling sings knowingly, despite shifting the question to become “how long has it been since we were happy?” In that vein, Eagle is reminiscent but never regretful. Marling urges the listener to accept what’s been said and done and to toil onward with arms reaching beyond the sky.


Essential Tracks: “Devil’s Resting Place”, “When Were You Happy (And How Long Has That Been)”, and “I Was an Eagle” 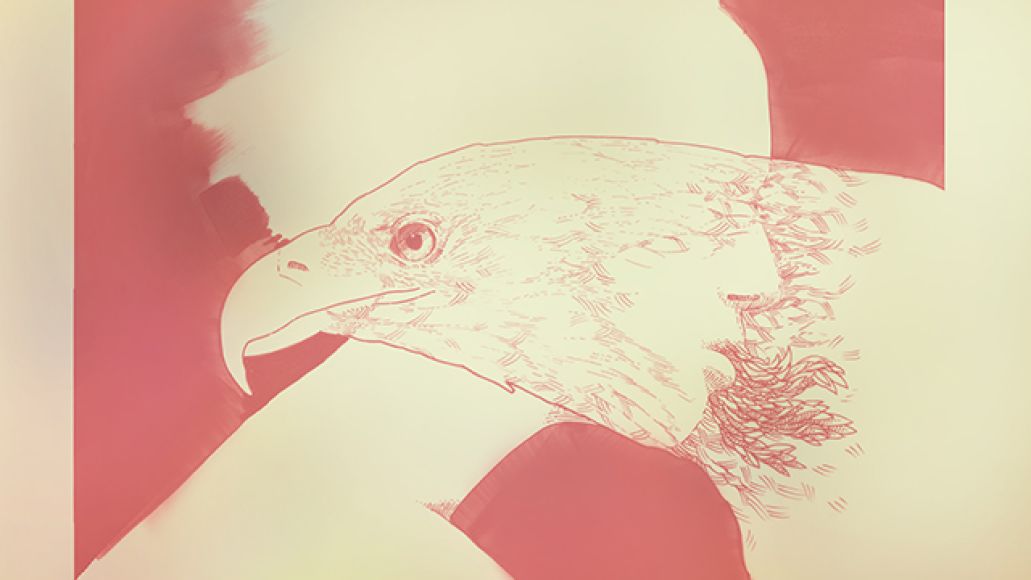 Album Review: Laura Marling - Once I Was an Eagle