Who gives a fuck about a Vampire Weekend privilege narrative? It’s been argued about every which way since early 2008 when Nitsuh Abebe first wrote the words “Afro/preppy/new-wave combination,” and this concept somehow upset a lot of Anglican Anglophobes, who banded together to write an astonishing number of think pieces that would make Odd Future jealous.

Not to say those essays weren’t worthwhile, but let’s not retrace those steps. We’ve done it for two album cycles now, and neither the defenders, the detractors, nor Vampire Weekend themselves are going to change the conversation. They’ve been accurately accused of being well-read, well-educated, musically knowledgeable, not poor, and prone to write music reflective of those things. Modern Vampires of the City, the band’s first record in over three years, can still fit into the privilege narrative, but to force it obfuscates how the record is both bolder and more considered, weirder and more accessible, eclectic and more representative than anything they’ve done prior.

Just watch the font-porn video for “Step”, which illustrates its lyrics and points out that Koenig manages to squeeze in references to Angkor Wat, Croesus, Modest Mouse, and Berkeley communists into a four-minute pop song. Or check out “Ya Hey”, which is bold enough to discuss the nature of God despite the images of stoned Columbia students bullshitting at the after-party such a conversation conjures. Spoiler: The song is deft enough to make those images seem like sour grapes.

But what’s most notable about Modern Vampires is how it handles the other criticism of the band: their knack for appropriating the melodies and musical styles of third-world countries for tales of first-world people doing first-class things. While Contra doubled down on both counts, Modern Vampires changes the conversation of both in subtle ways.

Often lost in those accusations of cultural tourism was the exact depth of the band’s grab bag of musical joys. Yeah, you could hear Afropopisms and calypso melodies, but you could also hear Auto-Tune and quotes of the warrior-poet Lil Jon. On this record, Rostam Batmanglij and Koenig fill their tunes with the same amount of clever references that Koenig has always used, but with such a talent for synthesis that despite the wider array of instrumentation, production tricks, genre forays, and tonal shifts, Modern Vampires serves as both an album title and an aesthetic statement; the vampires of VW, modernized.

Just check back with “Step” if you need proof. Tracing the harpsichord-centric song’s lineage is a practice in expert-mode discogs.com investigative research. It’s an homage slash reinterpretation slash re-imagining of Souls of Mischief’s “Step to My Girl,” a rap demo from the early ’90s that wasn’t actually ever released, and Koenig makes the honor clear by copping the track’s opening line. “Step to My Girl” (and, as consequence, “Step”) borrows its hook from a line buried in YZ’s “Who’s That Girl”, and its melody (which “Step” also borrows for its vocal line) is taken from Grover Washington, Jr.’s “Aubrey,” which is originally by soft rock band Bread.

That’s a pretty convoluted ancestry, but this blue-pill rabbit-hole chasing is something that Vampire Weekend does all over Modern Vampires. “Diane Young” has Devo skronks, rockabilly vocals, some Dick Dale guitar slides, and a percussive backbone to which Araabmuzik would tip his flat-brim cap. “Ya Hey” flips an Outkast song title to approximate the self-given name of God, contains gospel chanting, features Alvin, Simon, and Theodore on the chorus, and then shifts into a spoken-word breakdown paired with straight Bach-ian piano. “Worship You” is a warp-speed “I’ve Just Seen A Face” with an overdriven guitar solo pulled from Wilco’s “I’m The Man Who Loves You” playbook. Opener “Obvious Bicycle” is some splicing away from being a James Blake song, with its subtle sub-bass pulse, then its coda morphs into molasses ragtime. Playing “This kind of sounds like X” with Modern Vampires of the City is a game you could play forever if you had the time.

But not having the time is a problem and fear central to Modern Vampires of the City. Its narrators are worrying about their fading youth, commenting on their inevitable deaths, or obsessed with ideas of permanence and religion and how the two go hand in hand. The unbelievers in “Unbelievers” are both in love with and fearful of the idea of being consigned to the fires along with the sinners. “Diane Young”‘s second-person protagonist is hurtling toward a Kennedy ending but without the foresight of how a Kennedy ends. “Hannah Hunt” and her boy are running away not because of silver screen love but because they’re afraid they’re losing the opportunity to run away with anyone. Mid-album strings & groove monster “Everlasting Arms” talks to a God it doesn’t (or can’t) believe in from an imminent deathbed.

The only images more engrained into Modern Vampires than those of time and change are images of New York City. All of the social politics at play are rooted in the five Burroughs. “Hudson” is a WTF sheet-white dirge with a stumbling drumbeat that places Henry Hudson’s death in the Hudson Bay next to implied class issues between the Upper East and Upper West sides. The New York couple of “Step” ignores NYU art school punks while drinking champagne and admitting in embarrassment to the actual origination point of some disco tapes. An Irish Catholic is chasing the youth offered by the Upper East Side salon from which “Diane Young” takes its name. And all of the videos, for “Diane Young”, for “Step”, and for “Ya Hey”, have their ostensible themes– burning Saabs, lyrics on the screen, popped bottles of champagne– challenged by the cityscape-centered cinematography.

It’s difficult and somewhat superfluous to say exactly what Modern Vampires of the City is “about”, as this particular Vampire Weekend record values impressionism over specificity. But its imagery is certainly cohesive, and it seems to paint New York City as heaven, hell, and purgatory all at once, while also acknowledging it simply as a place where a bunch of people are trying to figure out what it means to notice time passing in a city where calendars flip like seconds tick. Time, life, death, religion, New York City, and New York money are big topics to tackle in a 45 minute pop album, and Modern Vampires doesn’t even attempt answers to the questions it raises. Instead, it’s content to expound upon the Vampire Weekend aesthetic in inventive, imaginative, and undeniably successful ways. Modern Vampires of the City shows that if you’re still giving a fuck about a Vampire Weekend privilege narrative, you’re having the wrong conversation. 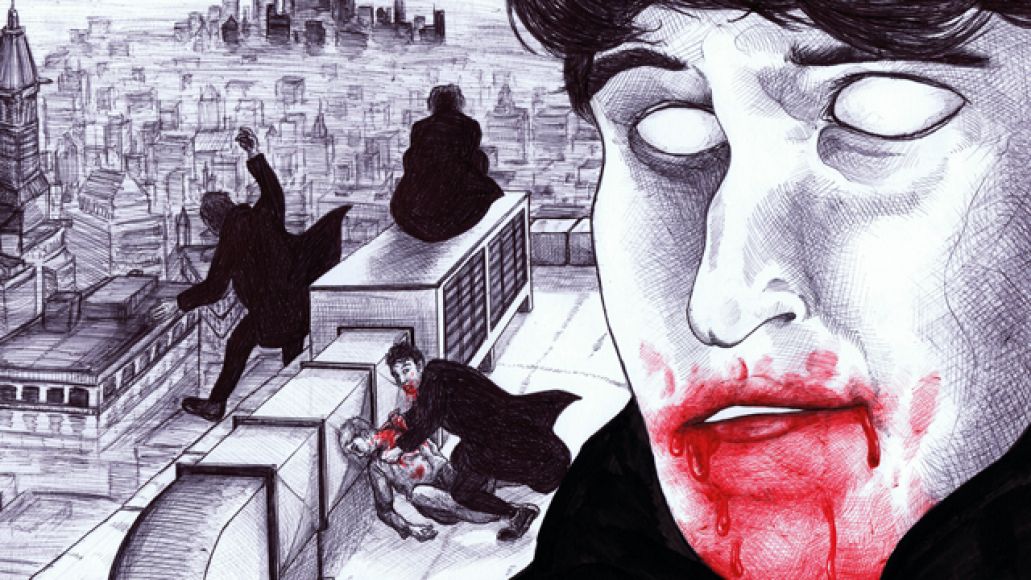