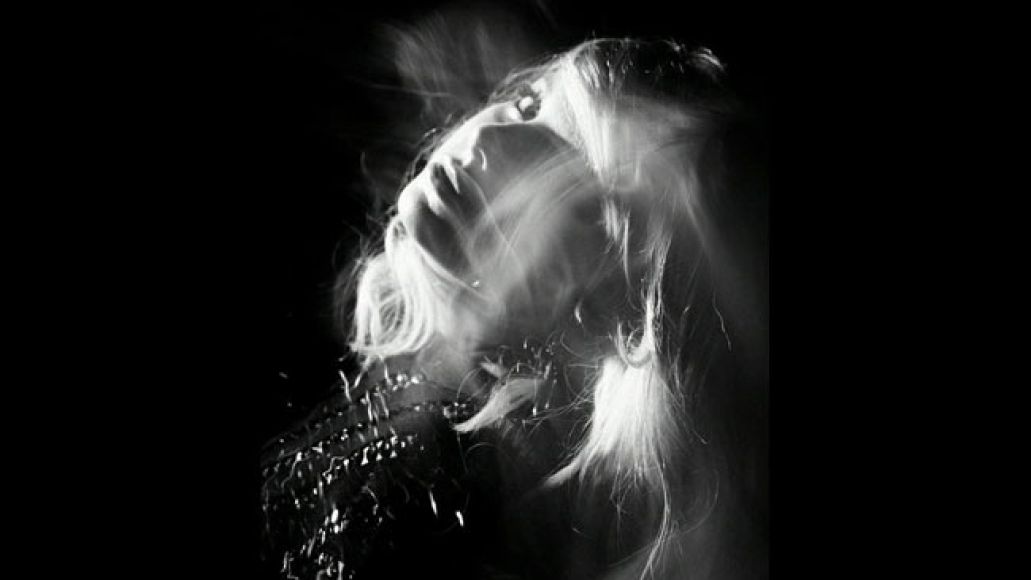 Her 2009 debut, Hands, might have launched Victoria Hesketh to global acclaim, but she’s been hard at work building the Little Boots sound ever since. Darker, deeper, and more polished, the follow-up, Nocturnes, carves bold synth-pop from a unique palette of sound. The album stomps through ’70s disco, ’90s house, and everything in between, but it’s never disorienting. Instead, Little Boots meticulously threads together each of her influences.

Nocturnes might be steeped in electronics, but Little Boots makes sure to keep one foot firmly planted in the analog world. She spoke to us about avoiding the pitfalls of digital music — and coming into her own as a songwriter.

Is the cover of Nocturnes a reference to Echoes by The Rapture?

No, it’s totally a coincidence. I’m not familiar, actually. The real inspiration was from old photos by this photographer from the ’60s called Erwin Blumenfeld. The colors and the shadows he did, that was kind of the main inspiration behind it.

It’s been three years since Hands came out. What is the most important thing that you’ve learned as an artist since then?

I think I’ve learned to trust myself, to have the confidence to go with my gut and not always listen to the people around me and their opinions. I’ve grown up a lot, and I just feel a lot more comfortable with the kind of person I am. When the first album came out, I was pretty naive. I think I trust myself a lot more.

Your new songs seem to draw from a lot of different genres. There’s a lot of disco, house, and synth-pop, but there’s definitely a Little Boots sound running through the whole album. How do you synthesize all these different elements into something that’s uniquely you?

This record, it’s very ’80s synth-pop inspired. I wanted to try to draw on lots of different places. There are definitely retro moments from the late ’70s and ’90s, too, but I definitely want to make that inspiration broader and go on a journey through a lot of different experiences and references. I guess what ties it together is my songwriting, because I can’t help the style that I write in. It’s always very melodic and pop-oriented and quite structured. That’s how I write, and I can’t really get it out of my system.

On your recent single, “Headphones”, you expressed some disdain for club culture — going out and listening to generic music at the club. How do you think your own music works against that kind of culture?

It doesn’t mean I’m against club culture. I just spend a lot of time in headphones. It’s more… I guess dance pop has got so big right now, and there are some really bright songs in there, but so much of it is derivative, like it’s eating itself. “Headphones” was a kind of silly idea of going to a club and listening to your own music because you don’t want to hear what the DJ’s playing. I feel like a lot of dance pop is unimaginative and every great song is copied and copied.

Part of this album was me figuring out my own way to make dance pop, my own way to make songs that are poppy and that you can dance to, but don’t sound like all those other efforts. I tried to pull sounds from all these different places by using old synths and making great sounds. So many pop writing sessions I’ve been in, they’ll just call up the latest digital software. Those sounds sound like every song from the radio. They use the same sounds and do everything digitally and just throw it together. I really wanted to take time and take care with how it sounded rather than just throw it together with whatever sounds were fashionable.

You’ve mentioned that you’re not fond of the stage picture of two guys standing behind a laptop. How are you working to keep things interesting in your own live show, and what can your fans expect from the live shows around this album?

There’s always a big affect. Lots of visuals. I try to make it interesting and exciting. It’s not like you can’t use laptops in a creative way, but it’s not a whole live experience. There’s not much to just watching someone change the backing track. This is a whole new album, so we’ve got to translate that and not just do what we did before. I’m always interested in new technology, new instruments. I’m talking to some people who design weird instruments in Japan. They’re going to make me something. I’ve always been interested in that kind of thing, new instruments with visual electronic controls. I’ve commissioned a whole new set of visuals for the live show, new artwork, so hopefully that will tie in and feel like a new show. I’m always looking for stuff, really. It’s often that I’m pretty ambitious and I have to scale it back because of boring logistics.

You also seem to like to uncover vintage instruments that aren’t usually used in pop. You’ve performed with a Stylophone and old electronic Japanese instruments. While many artists are focusing more on digital instruments and what can be done with computers, how and why do you find these orphaned children of instrumental evolution?

I really like real instruments. I like toys. I like things that sound a bit crap. Even Kraftwerk used the pocket calculator, things like that. I love that. I love things that are tactile and small. Anyone could use one of these things. I like a lot of vintage stuff because I think analog stuff sounds warmer, a lot more human, rather than the digital stuff that you just pull up and then your computer crashes and you’re screwed. I like things that are tactile in certain ways. I’m always looking for stuff, and a lot of it people have left to the musical wasteland.

Can you give me an example of something that you’ve found recently? Or is there a new toy that you’ve been playing with?

The main one I think is the Japanese one, but it’s new, and it’s a prototype at the moment. But it has moving parts and it’s interesting. It’s still a kind of tactile toy. It’s not as reliant on computers. Even for stuff like white noise, instead of calling it up on the computer, we turn on a boombox and sample the distortion on the radio. Even stuff like that I think is a lot more interesting. When you line it all up, it does sound different than if you had done it on the computer. I think it really does.

An Interview with Little Boots, plus her Top 5 Disco Divas