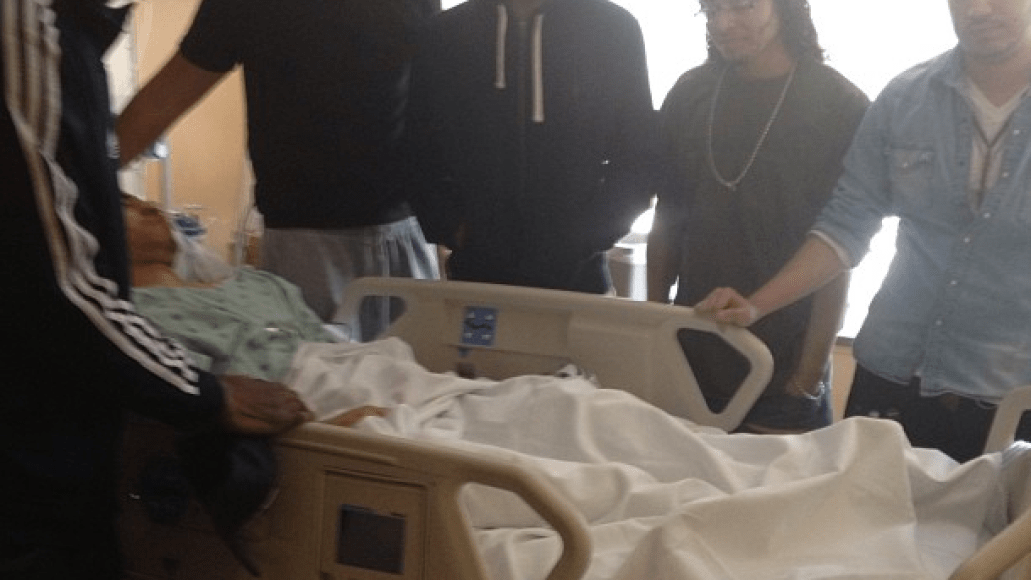 Super producer Abraham Orellana, AKA AraabMuzik, was shot during an attempted robbery. This according to rapper Avatar Darko, who recently recorded a song with AraabMuzik and Nacho Picasso called “Vampire”. “Prey for my bro Araab! He just got shot but he’ll be alright! He’s strong!” Darko tweeted. “My lil brodi too trill! They tried to rob him and he ain’t come up off his shit so they tried get him outta there! He meant to be here! Foh!”

AraabMuzik’s manager DukeDaGod posted the above photo on Instagram. He wrote: “Everyone wish my brother araabmuzik a healthy & pleasant recovery!!!! #Mvpofthempc #Soblessed”

Update: A representative for AraabMuzik confirmed the shooting in a statement to Billboard: “Rumors have begun to circulate and first and foremost, we want to let everyone know that AraabMUZIK is currently alive and well. He was out in his neighborhood last night with friends and unfortunately the victim of being in the wrong place at the wrong time. He is recovering now and police are investigating the crime. We appreciate all the concern and fan support and Araab is looking forward to a speedy recovery and returning to the stage as soon as he can.”

This is a developing story…