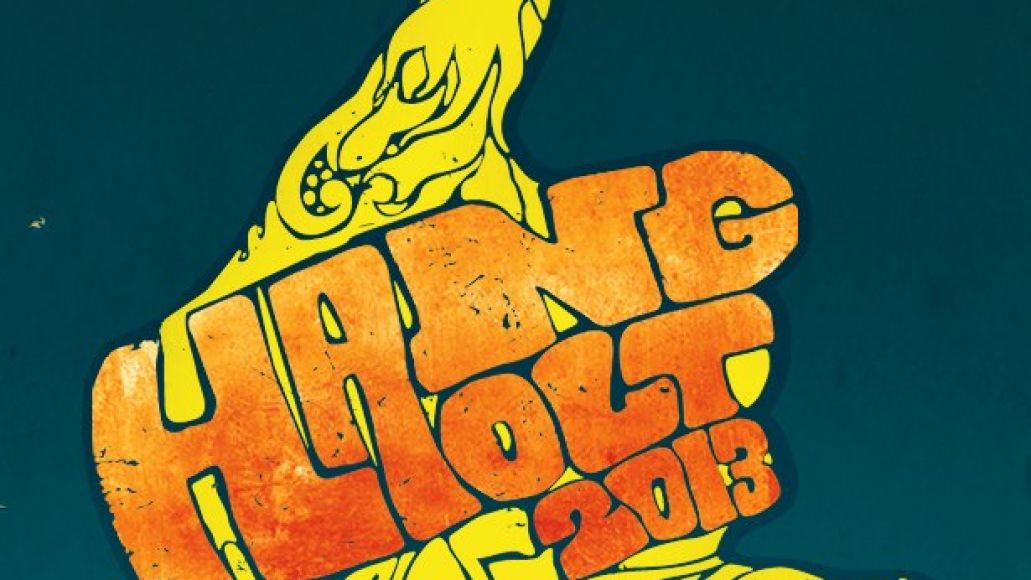 As I tucked a second swimming suit into my bag that was probably too large for the three days I’d be away, I actually said aloud to myself, and I suppose perhaps my cat, “I’m going to a music festival. On the beach. As a VIP. With a press pass.” A little yelp came next, accompanied by an involuntary jig I can only assume looked like a combination of the Bluths doing their respective chicken dances. Such behavior showed up in spurts since [CoS photographer] Josh [Mellin] texted me on a cold March morning and said, “Um, guess what I won” followed by, “Let’s just say I’ll be listening to Kings of Leon, Tom Petty, and Stevie Wonder all day to celebrate.” Chicago radio station 93XRT had awarded him passes to the Hangout Music Festival thanks to an Internet contest. We suddenly found ourselves determined to get to Gulf Shores, AL.

Bear in mind that, initially, we didn’t know that XRT was going to supply us with a beachfront condo with an ocean view or that the tickets he won were actually VIP. We didn’t know we’d get free drinks and food, access to a special swimming pool by the main stage, as well as umbrellas, lounge chairs, and hammocks in “VIP Grove”. One thing we did know was that it wasn’t too late to secure press passes, which would get us into the photo pits (my first time!) and the breezy media area overlooking the festival in the Phoenix Hotel parking garage. 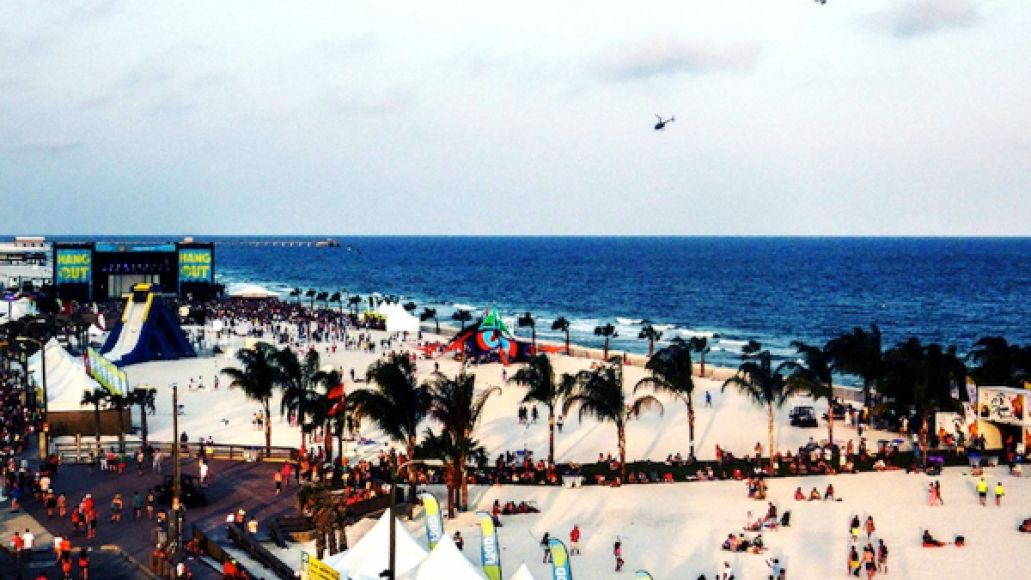 As the pieces of our plan hitched together, excitement ballooned. I used nearly my entire vault of Southwest points to purchase round-trip tickets from Chicago to Atlanta to Pensacola and back. We talked the lineup top-to-bottom, and once it was revealed, Josh annotated the schedule with places to be and things to see. We purchased shuttle passes that would easily get us between our condo and the festival. I bought a new camera a week before the trip and quickly did my best to learn it well enough to not seem like a total novice in the photo pits.

Josh even found a video of this guy, a fan whose leg had been run over by a dump truck on a sunny day when he was listening to none other than Tom Petty. He was left with one wish: to see the legend at Hangout because “Tom Petty rocks.” This phrase became our mantra, and we repeated it in our best Southern accents during the days leading up to the fest. Server refills your drink at a restaurant? “Thanks a lot, Tom Petty rocks!” A kind gentleman holds the door open for you? “Thanks a lot, Tom Petty rocks!” Rinse and repeat.

When the time finally came to depart, we did so with enthusiasm and excited wide eyes. Because Tom. Petty. Rocks.