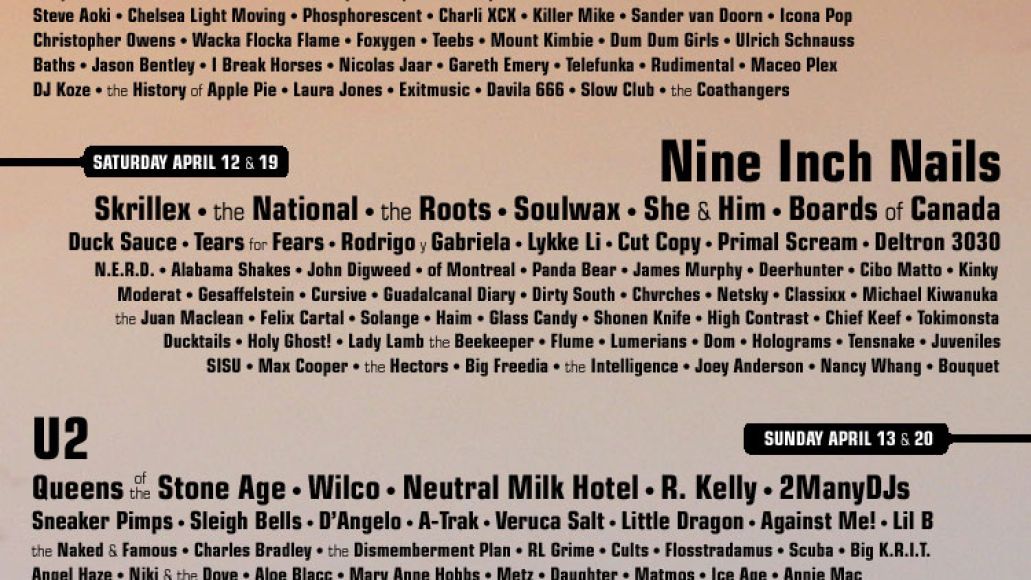 We’re less than three weeks removed from Coachella 2013, but already there’s a fake poster speculating next year’s lineup. It certainly looks realistic based on recent activities, what with the inclusion of Neutral Milk Hotel, Boards of Canada, and The Knife. Nine Inch Nails and Depeche Mode are both good guesses for headliners, but U2? Really? And no Daft Punk? Really? However, kudos are deserved for some of the wildcard inclusions: Deltron 3030, Madvillian, Tears For Fears, and Q-Tip would all be pretty great.

We’ll find out for sure in eight months.