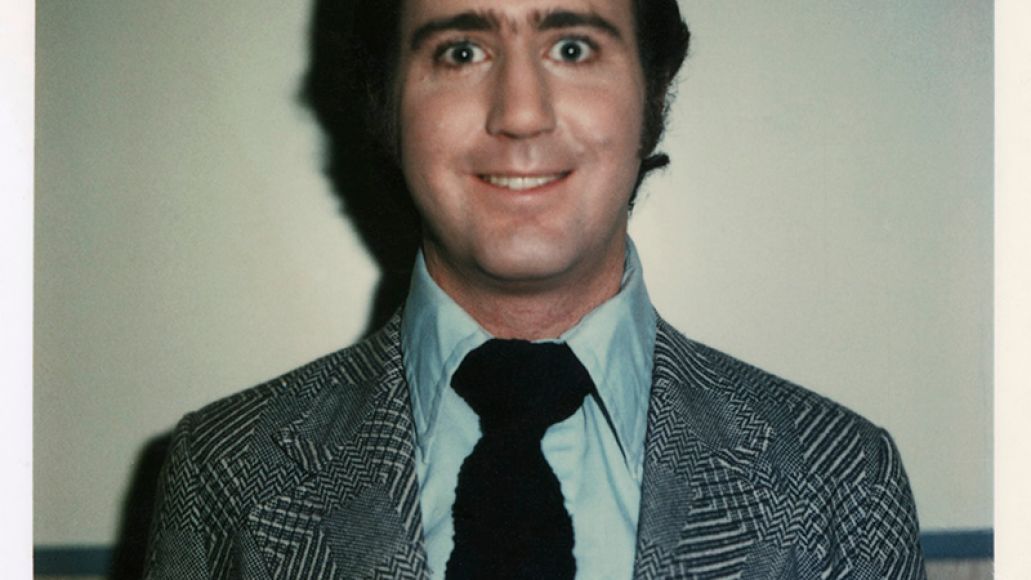 The rich and diverse comedy of the late and great Andy Kaufman returns this summer with Andy and His Grandmother. Billed as Kaufman’s first-ever comedy record, the posthumous release collects unreleased material culled from 82 hours of micro-cassette tapes that Kaufman recorded throughout 1977-79. It will be released on July 16th through Drag City Records.

Andy regarded the micro-tape recorder as a fantastic new way of capturing his hoaxing, and carried it with him everywhere, for use at any given moment. Real life was the ultimate frontier for him, and these tapes demonstrate the heart of Andy’s comedy. With gusto, he involves those closest to him, as well as total strangers, in put-ons, falsehoods and other provocations, pushing the limit on logic and emotional investment in everyday situations from the trivial to the deeply personal until any suspension of disbelief is out of the question for all involved, and everyone becomes fully immersed in whatever scenario Andy is suggesting as the new reality.

To piece together the release, Drag City turned to writer, producer, and comedian Vernon Chatman who worked through the tapes alongside editor Rodney Ascher to “come up with a concept for a single LP that would include several dozen excerpts.” What’s more, they even tagged Saturday Night Live‘s Bill Hader to provide narration and Kaufman cohort Bob Zmuda to pen liner notes. Consult the full tracklist below.

Hey now, Andy Kaufman has a posthumous album out this summer!