James Blake won’t properly return home until, well, Thanksgiving. Instead, he’ll be out on the road all year in support of his exceptional sophomore album, Overgrown. Yet despite his exhausting tour itinerary, Blake’s enjoys a wealth of luxury these days. Critical acclaim aside, the UK post-dub-step auteur has amassed a loyal following, secured enviable spots on just about every major festival’s lineup, and forged successful relationships with the likes of RZA and Brian Eno. What’s more, he’s even been able to spend some free time “raging” in online chess games. Recently, Consequence of Sound caught up with Blake for a quick status update, which involved some key insight to his rather mysterious demeanor.

I’m great, just started making moves for the day. I was up late last night and went to a really good disco called Deep Space. Francois K and Dimitri from Paris performed, and it was brilliant. A bunch of friends and I were dancing all night. We just got to New York, so it was a good way to settle in.

New York City has been one of your hotspots for touring since you started playing in the US. Would you consider it one of your favorite places to play?

Definitely. We’re here for six days this time, and we always try to have as much time here as possible. The more I go around North America, the more I want to spend more time in other cities as well, so I’m excited to do that.

What were you up to in the time between the end of your last tour and the start of recording Overgrown?

I came home and crashed, not like a mid-crisis crash though. I just flopped onto the doorstep and didn’t go out for a few months. I just remember being exhausted, especially because there’s not much luxury that comes during the first tour. I didn’t know how to properly take care of myself while we were on the road. My voice was very inconsistent, so it was really difficult, at times. From that, I decided to hibernate for a few months and didn’t write anything for a while. Eventually, there was a new spring in my development, and I went back into writing. 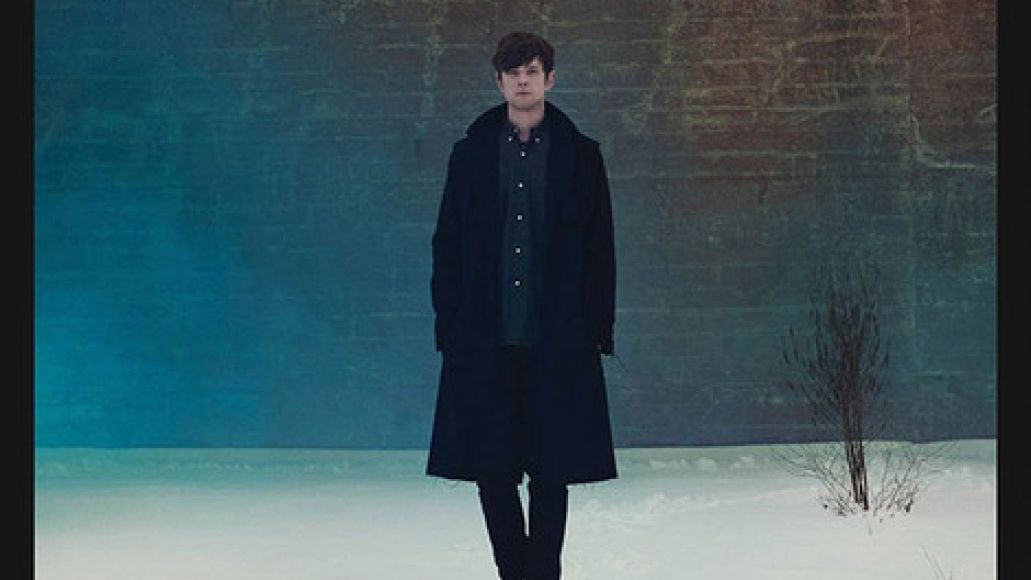 Did you pick up any hobbies during that time?

I’ve actually picked a few hobbies throughout the last year, one of them being chess. It’s super useful hobby to have on tour because it’s not difficult to play, online and off-line. All you need is a computer or an app to run it. I’ve also been getting into the finer things, like making coffee, because we have a bit of luxury this time around. We’ve been able to spend more time visiting places and crate digging for old gospel records.

I bet it’s nice to be back on the road with [drummer] Ben Assiter and [guitarist] Rob McAndrews as well. Do you ever challenge them to a game of chess?

Ben, Rob, and everyone on tour with me doesn’t seem to be interested in chess like I am, so I end up playing people online. I just go online and rage them. [Laughs].

I was flipping through the liner notes for Overgrown and noticed that you recorded the album in your home, as you also did with your debut. What are the benefits to recording at home?

It’s definitely for the comfort. Nothing beats feeling completely natural and open at home.

Did you ever think about going to a studio to switch things up?

I thought about it, and a lot of people told me that I should, but it just doesn’t feel the same. If I don’t know every single bit of kit and gear and know all of the processes behind the recording, it can be really difficult for me. I make process-based music, essentially, so knowing those things is integral to how I work. If I’m taken out of that environment, I feel like I wouldn’t be able to play to all of my strengths and feel like a fish out of water.

Some preview reports for Overgrown stated that you worked with a handful of prestigious musicians while developing the record, such as Justin Vernon, BjÃ¶rk, and Drake…

Well, that came from a weird press release. I wrote a biography and mentioned that I have met and spoken with some of those individuals throughout the past couple of years, but I only collaborated with two, Brian Eno and RZA. I hate to burst any bubbles, but that’s the case. [Chuckles].

How did you become connected with Brian Eno and RZA?

We got in touch with Brian because I wanted to speak to him about everything with the album, and he seemed like a great person to speak to. It was very presumptuous of me, especially because it’s Brian Eno and I didn’t know too much about him at the time. Once I met up with him, I was never shocked or thought, wow, I’m in Brian Eno’s house. It just felt like two friends making music together, which is how every great friendship starts. I’m definitely interested in collaborating with him in some way, shape, or form.

The track with RZA has been receiving the most attention in reviews of the record. I don’t think people were expecting to hear someone else’s voice on a James Blake record, so I’m not sure if people didn’t like it or just weren’t used to it. In the beginning stages of the song, I instantly heard that Wu-Tang vibe, especially coming from tracks like “Can It Be All So Simple”, so RZA was a perfect fit. I don’t think the track could’ve featured a younger, upcoming rapper because they don’t carry the same experience and knowledge as he does. RZA definitely brings a sense of maturity and understanding to the track. Once he whipped up his part, I didn’t really touch it too much and was really happy with it. RZA is a fucking legend, and it was really great to work with him.

One thing that I noticed during the live show and many tracks on Overgrown is that there aren’t as many thumping bass lines as there were on the debut.

Actually, there are definitely some songs that utilize heavy bass lines, like “Overgrown”, “Retrograde, and “Take a Fall For Me”. This time around, we used a pedal by Moog called the Taurus III, which was released last summer. It basically looks a child playing spoons when it’s used, and it creates some of craziest bass lines. [Writer’s Note: For some reason, David Letterman thought the pedal looked hilarious?] It’s just a really powerful pedal that can make a subwoofer shake the floor. I purchased it initially for live performances, but it definitely made an impact on the way we recorded Overgrown.