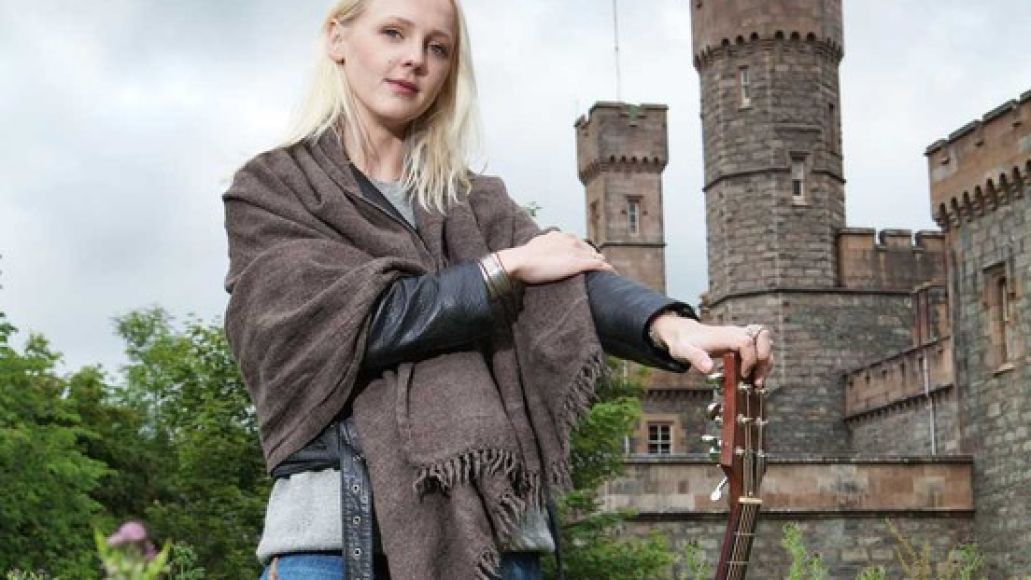 “There’s a way that Bonnie ‘Prince’ Billy records,” says Mercury Prize winner Laura Marling, “it’s rough around the edges, but in a considered way.” The same could be said for Ms. Marling. Upon emerging on the British indie scene around, Marling quickly established herself as a hard worker, a relentless performer, and a unique songwriting voice. The British folk singer’s playful phrasing, acute melodies, and a deep, husky voice along with songs full of richly developed characters has garnered the singer immense praise and respect, often being mentioned in the company of Regina Spektor, Martha Wainwright, and most often, Joni Mitchell.

Continuing her description of Will Oldham’s sound, Marling adds, “It’s very well recorded. It’s sparse, sort of loose, and falling over the edges a little bit.” Sparse (even minimal) could certainly be used to describe some of Marling’s work, especially on her latest effort Once I Was An Eagle. The album finds her shucking off any backing band, leaving her vocals or guitar to just cello and the occasional percussion.

Recently, Consequence of Sound caught up with the London-turned-Los Angeles singer-writer to talk about her latest album, working with longtime collaborator Ethan Johns, and the need to simplify.

Once I Was An Eagle once again features you working with Ethan Johns. What is it after three albums with him that you think makes the team up work so well?

I think naturally after knowing someone for the time we’ve known each other, which is now five years, just making this record was such a pleasure because it was not only nice spending time with two people you’ve known for five years (the other person being Dom Monks, his engineer), but also the intuition, the intuitive nature of making music is that much easier. The understanding between us was completely unspoken.

I trusted Ethan enough to go off and do the things for this record. He did all the arrangements on it and he plays most of them. And I knew that he understood what it was I wanted to say and wanted to do. And I knew that only he could do it; only he could comprehend it because he knew me so well. And his ear; he’s the most talented musical person I’ve ever come across. I’m so very lucky to have the chance to work with him. I intend to for as long as possible.

How’d you come to meet each other?

We sort of got introduced; somebody suggested to him that he might want to make a record. I wanted him to make my first record but he ignored it. We sent it to him and he ignored it. [Laughs.] For the second record somebody must have put in a good word for me and then I went down to meet him. He lives in England; he lives in the countryside. I was still a very shy 18-year old and I was expecting to find a cocky Californian and he turned out to be English; I thought he was American. That was that. Over the years, we only see each other in studios, basically. [Laughs.] 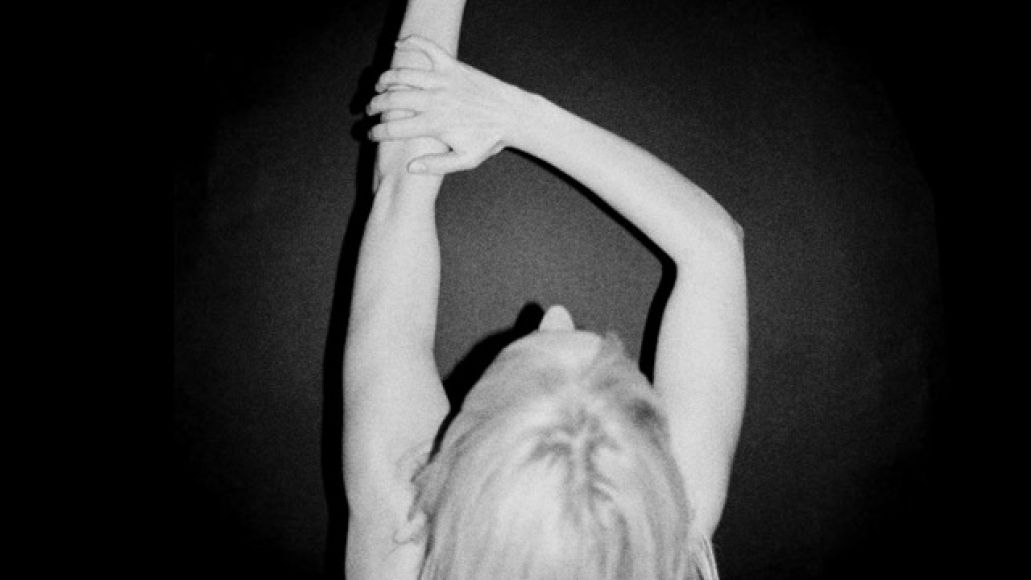 This album is just you, Johns on percussion, and your friend Ruth de Turberville on cello. Songs like “Devil’s Resting Place” is just one example where the music sounds so much bigger than the sum of its parts. Considering some of these dense layers, what was behind the decision to not have a band this time around?

I thought it was about time, in my life in general, as well as my musical life, that I simplify things a bit. I was beginning to forget the necessities of what it is you need to be creative or to be satisfied. One aspect of that coming into making this record was I just thought the songs were complicated enough for me and I wanted the process of making an album to be as simple as possible.

Will Ruth be on tour with her cello?

Ruth comes on tour with me, yeah. Me and Ruth…but that’s it.

What can you tell me about the short film When Brave Bird Saved that acts as a visual introduction to the first four songs of the album?

Again, this just a product of doing the same thing for five years, but I’ve worked with these directors [Fred & Nick] a lot. We do all my music videos. They’re young British guys and they’re just brilliant. The stuff they do for me is great but the other really creative stuff they do is stunning and I’ve always been a fan of theirs. Because there were no real singles on this record (which is an awful thing that I thought I’d never have to bring up) [we both laugh], there was no point in doing a music video.

So we went and asked them whether they would sort of take free reign and do a short film rather than a music video and they did. They came up with this beautiful idea. I’m usually incredibly reluctant to take part in video shoots and photo shoots because I think it’s an unnatural process [laughs] but actually I really enjoyed being a part of making that film because it was a really interesting thing to do and they’re really nice guys. It’s nice to see nice people do great things

Are you going to have it on tour with you as well, playing in the background?

No. That would unfortunately break my “simplicity rules.”

You said that you wrote your first album through the anxiety of living in London for a year at 17. Did your move to California or even to the States inform this album?

I actually moved to the States about six months after I recorded the album.

So what prompted you to move to California? Was it just the industry?

I fancied a change, and what a change it is. And there’s space here. It’s a good anchor point for the rest of the country. I’ve done a fair amount of exploring America but there’s an awful lot left to do. It gives me good cause to go off running.

You once described yourself saying that you felt you were “in a constant state of being lost in translation.” You told that to the New York Times. What did you mean by that?

I don’t feel it so much anymore, but when I used to come here, you know, it’s the same language but at the same time it’s very different. I’ve been here six months now and I’m in the spring of it, but still I get, sometimes, in the way that people say something, or they move their bodies…the melody in a sentence is different here and sometimes I get lost.

When once asked what you wanted from the future your response included not ever wanting to suffer from complacency. You’ve said that playing gigs keeps you from falling into that trap but when you interviewed folk duo Smoke Fairies you asked them “Do you find it a battle to combat the repetitiveness of it?” If there is such repetitiveness, how then do you avoid complacency?

There’s like a conditioning that you just assume yourself a part of in touring. Like when you become a professional touring musician, you get a tour manager, you get a guitar tech. If you start doing okay, you get a tour bus. You stay at travel lodges on the motorway for a day. There’s a conditioning that that’s just what you do. I know it’s not the same for everybody, but that, to me, becomes like the conditioning back in childhood. You’re told when to sleep, you’re told what time to get up. You’re told to take a shower, when to take a shower. That stuff will rot your brain.

I’m not surprised that so many musicians become drug addicts. What the fuck? If you stop exercising that part of your adult brain then obviously you’re not going to be able to cope when you get back into reality. I have combated that now by touring on my own, without a tour manager, without a guitar tech, and it allows me to remain in reality and to remain human. I think if I was touring with a band it wouldn’t be possible; but on my own it’s more than possible for me to do that.

And that absolutely keeps me from being complacent because I am constantly on my toes, getting myself from one place to the other or setting up guitars. It’s nice to feel like I’m working, like there’s some labor to my love, because playing guitar and singing songs is my absolute pleasure but sometimes it’s nice to feel like it’s a job, too.