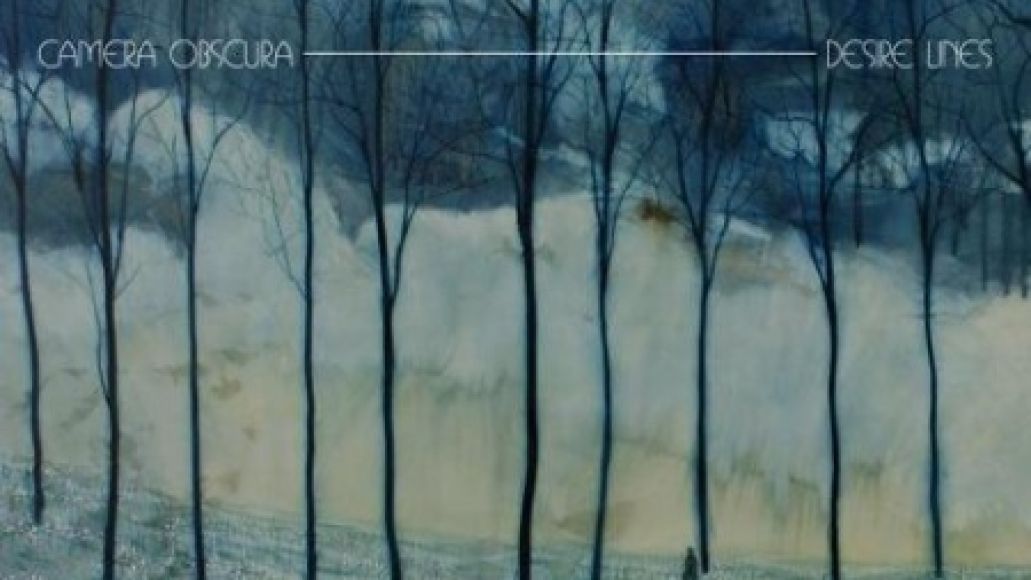 Camera Obscura have unveiled “Fifth In Line To The Throne”, the second track off their first album in four years, Desire Lines. After going full-on ’90s indie-pop with “Do It Again”, the band switches gears to balladeer mode, crafting a lonesome tune of slow-moving guitars and heartbroken harmonies made all the more dramatic by the wail of slide guitar.

According to vocalist Tracyanne Campbell, the song is about “someone in a seemingly perfect relationship but there is a dark underside to it. We wanted to sound menacing and give folks the creeps. I believe Princess Beatrice is fifth in line, by the way.”

Camera Obscura – “Fifth In Line To The Throne”

Featuring cameos from Neko Case and Jim James, Desire Lines is due out June 4th via 4AD. In support, the band will be on tour this summer with She & Him.

Listen to Camera Obscura's lonesome ballad, "Fifth In Line To The Throne"