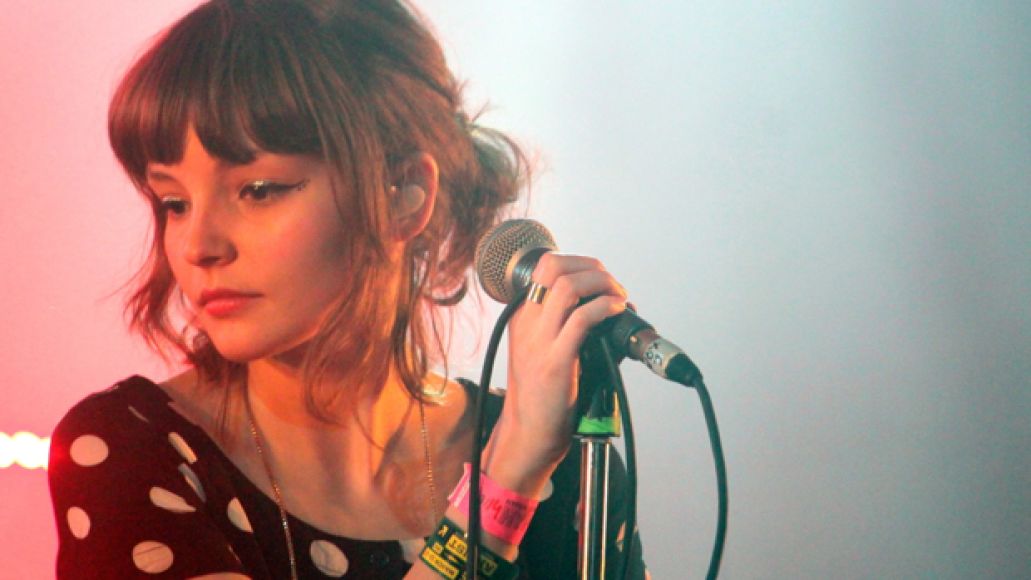 Scottish synth-pop outfit CHVRCHES are working their way toward the September release of their full-length debut. Today, the band debuted their new single, “Gun”, during Zane Lowe’s program on BBC Radio 1. Take a listen below.

Last month, the band told us that they had just “finished tracking on what we perceive as the album. So, the pressure is sort of off at least for that part. But it’s important for us to release things at the right time and not disappear for too long. I think we might release one further single or some music on the internet as we roll toward the album coming out in September. The good thing is we now have three weeks of studio time with the pressure off and a bunch of writing time. Everyone keeps saying to me that’s when the exciting stuff will happen.”

Also check out Lauren Mayberry’s pre-CHVRCHES cover of Rage Against the Machine’s “Killing in the Name”, which surfaced on the Internet earlier this week.