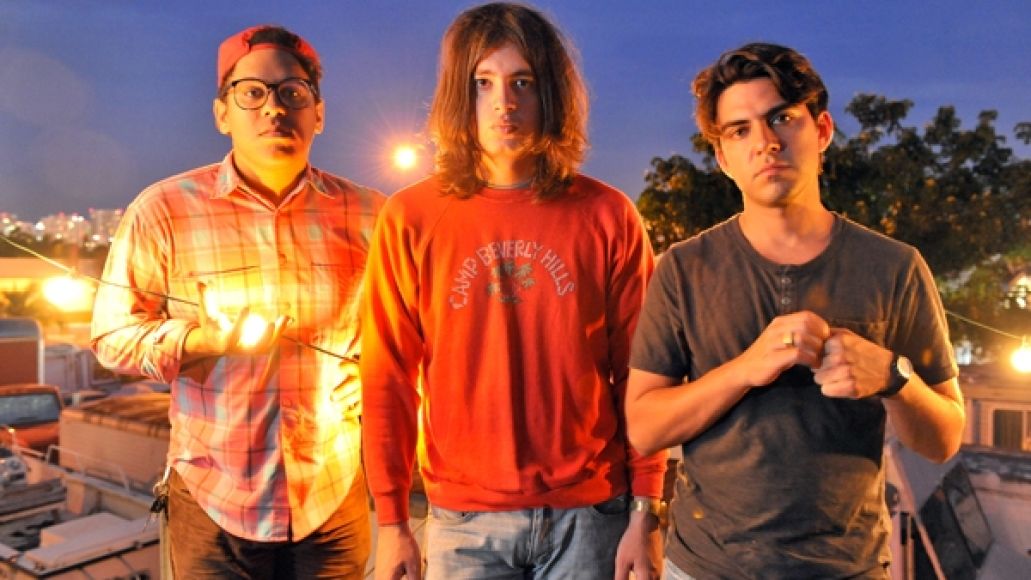 Miami’s favorite garage rock outfit Jacuzzi Boys return with a new single, “Double Vision”, off their forthcoming self-titled album. While it’s not a cover of Foreigner’s classic 1978 FM hit, the crusty track cruises along just as well, working off moods and melodies that wouldn’t be out of whack for Britt Daniel or Ric Ocasek. It’s a much more mellow, New Wave sound for the traditionally aggressive outfit, which bodes well for their new album.

“It was the right night to record ‘Double Vision’,” vocalist Gabriel Alcala told Rolling Stone. “We left the liquor store with all the ingredients to make tequila sunrises.”

Drink up below and mark those calendars: Jacuzzi Boys hits stores September 10th.