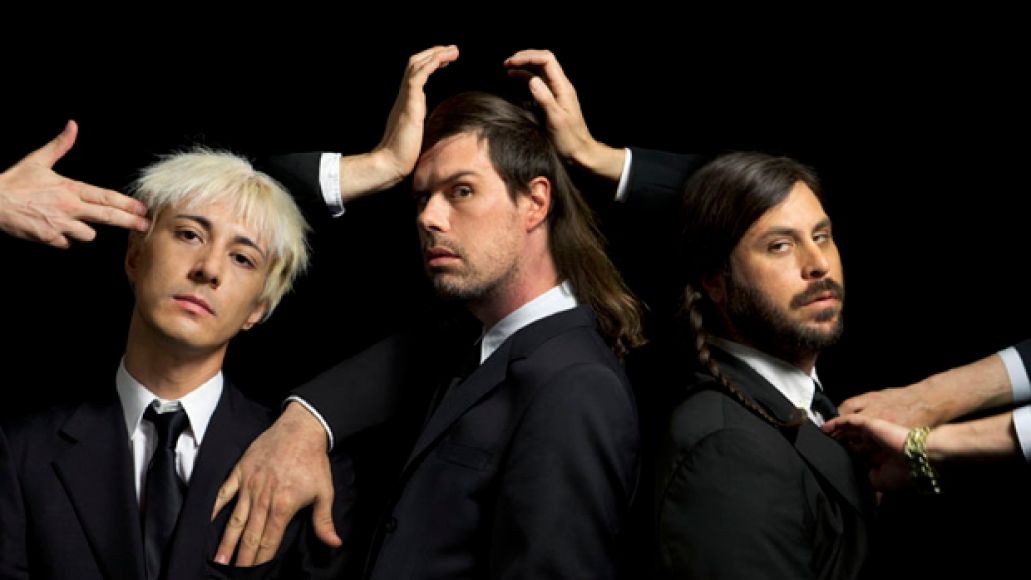 In anticipation of their upcoming European tour, avant rock trio Liars have dropped a pair of new tracks. As The Quietus points out, both “I Saw You From The Lifeboat” and “Perfume Tear” stick to the same aggressive, electro-focused sound of the band’s recent output on WIXIW, only, as lead singer Angus Andrew puts it, have a more immediate feel to them:

After releasing WIXIW and returning home from touring there was a palpable sense of creative relief and release. We relished in the opportunity to make stuff under no real directive and began almost immediately to produce all kinds of unrelated works. It’s a great position to be in creatively so we decided to share a small portion of the results with you today. Both of these songs happened almost instantly, and, in sharp contrast to the music we produced for WIXIW, were not labored over or scrutinized. It’s been great for us to recall the immediacy and excitement of creating music on the fly – unrestricted by subject matter and void of preoccupations about how it should ‘work’ in the greater context of things.

Check out “I Saw You From The Lifeboat” below, and follow this link to download both songs for the price of an email. Dates for their European tour are listed below.

Listen to new Liars: "I Saw You From The Lifeboat" and "Perfume Tear"