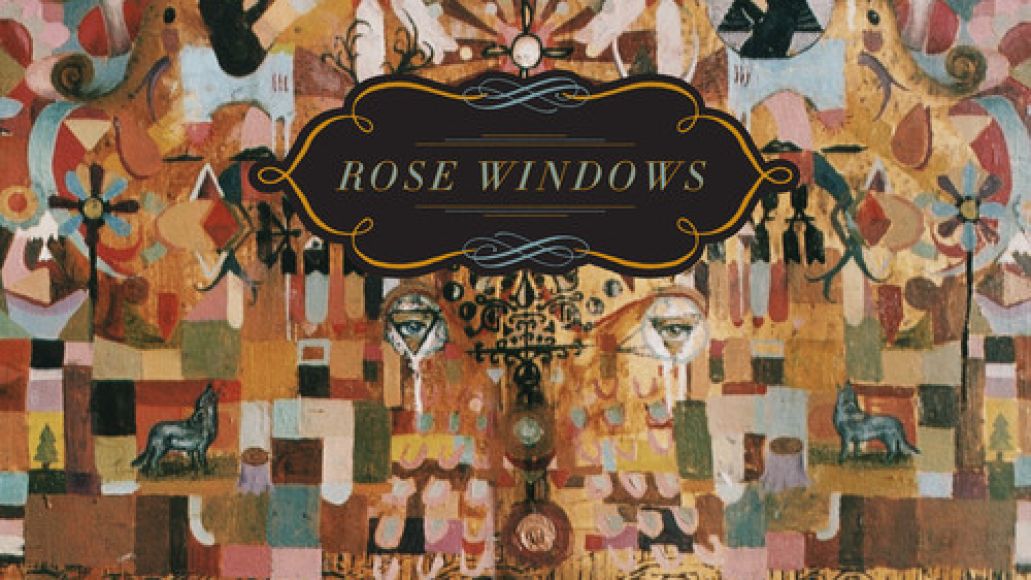 After signing to Sub Pop in February, Seattle psych-folk collective Rose Windows immediately generated buzz for their debut full-length, The Sun Dogs, with the vigorous lead single “Native Dreams”. Now, after a couple of months off the radar spent touring, the seven-piece returns with “Wartime Lovers”.

While they burst through the gate like a psychedelic, Southern-fried version of Earth, the group pulls back to forge a gentle and methodical folk-rock ballad. It’s a number where the rattle of the organ is the only trippy element amidst a downpour of strummy guitars, fluttering flute, and layers of heartbroken harmonies. Stream and/or download below.

The Sun Dogs is due out June 25th via Sub Pop. The band have just a few dates left on their current itinerary, including slots at Sasquatch! in July and Hopscotch in September.