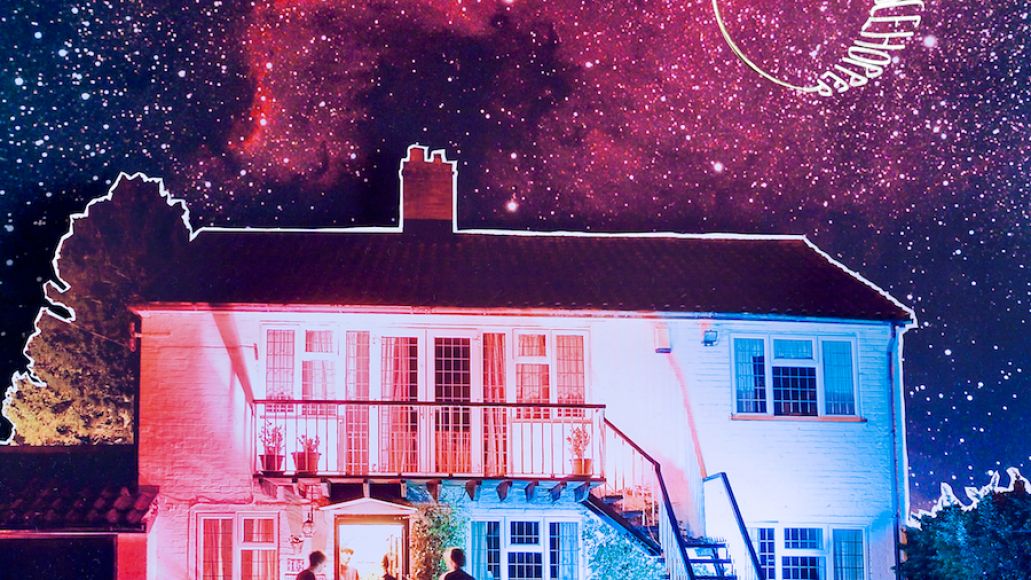 Aside from its ginormous annual music festival, Reading, England is a sleepy little commuter town. It’s so small, in fact, it’s been denied city status a whopping three times.

The four gents of Tripwires (frontman Rhys Edwards, guitarist Joe Stone, bassist Ben White, and drummer Sam Pilsbury) have called the tiny ‘burb home for the last six years. “A lot of people live here a couple years for work and then move on,” Edwards explains. “For us, it’s been a great place to write music. Not as a direct result of the environment around us, but in a way that’s encouraged us to provide our very own soundtrack to growing up.”

That soundtrack is one that references everything from Yo La Tengo and Neil Young to Talk Talk and Aphrodite’s Child, forging a hybrid sound somewhere between high-intensity psych-rock and atmospheric shoegaze pop (fun fact: the group began by covering Slipknot). Or, as Edwards eloquently puts it, “We’ve always joked that we wanted parts of our songs to sound like a hairdryer to the face.”

For an idea as to what that experience would be like, look no further than “Shimmer”, the latest single off their debut LP, Spacehopper. Initially, the track might seem reminiscent of mid-’90s Radiohead (ugh…), specifically the sweltering guitars, the slow-building arc from quiet and contemplative to outright rock fury, and Edwards’ slightly falsetto, clearly English croon. But the lads display more intensity and abandonment then the ‘Head, making every pounding chorus and ambient refrain truly their own. Listen in below.

Spacehopper is due out June 18th via Frenchkiss Records. Be sure to listen to the album’s lead single, the extra-ethereal “Catherine, I Feel Sick”.