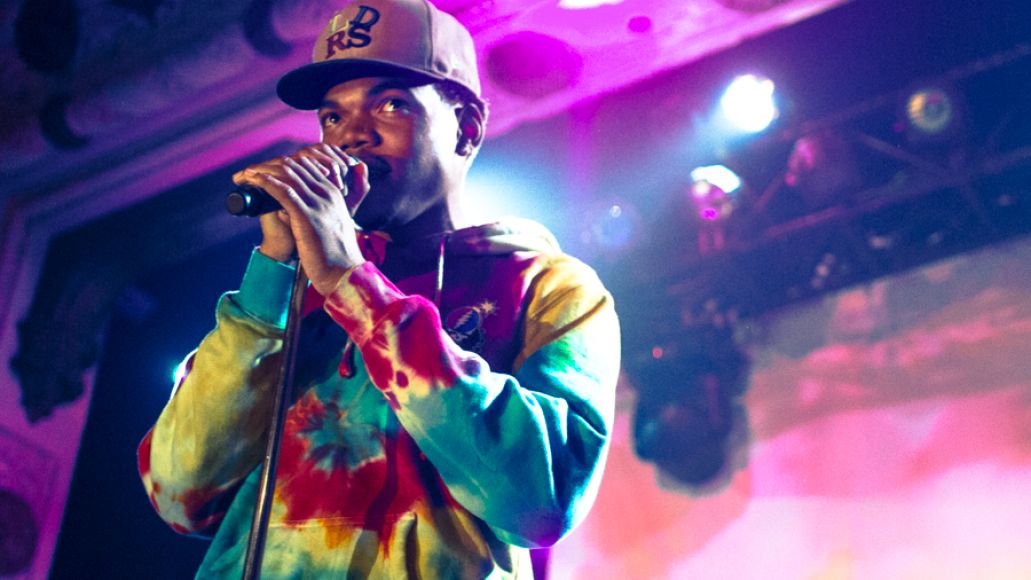 The chants for Chance sounded more like a high school pep rally than the normal pre-show din. It was all the all-ages crowd could do after Sir Michael Rocks of The Cool Kids finished up his very brief but very amped warm-up set. Chancelor Bennett, 20, waited in the wings sipping on a ruby-red drink while kids on the floor — many of whom were just glad to be out of their parent or guardian’s periphery for a few hours — chanted for Chance The Rapper to come out and drop some of that lysergic bliss with everyone.


Bennett strode onto stage like this shit was nothing — like the gig was just another hometown show at The Metro, like he did six months previous. His ruby-red drink matched his ruby-red Chuck Taylors, and wearing a tie-dyed Grateful Dead hoodie, Chance The Rapper grabbed the mic and faced a sold-out crowd with two mixtapes under his belt, 2012’s 10 days and this year’s immersive stroke of genius, Acid Rap. 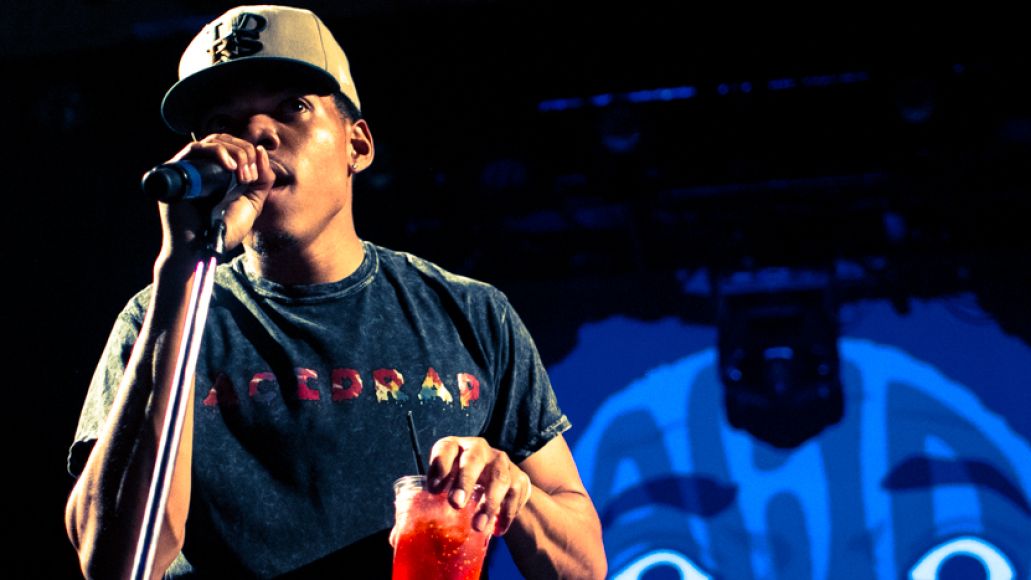 Easily, 85% of the crowd knew every lyric. Chance parlayed the rolling boil of the pre-show to get everyone behind a few cuts from 10 Days. “Brain Cells” and “Hey Ma” are both slit-eyed, purp-rap tracks on the headphones, but the hook on the latter went from a screwed voice in the distance to a club shout-along. Not that Chance wasn’t trying to put a little extra English on these older tracks, but the crowd was ready to shoe-horn a party anthem into just about anything. Chance could have opened with his ballad “Lost” and we would have found a way to get fully and wholly turned up.

“Lost” would come later, as would almost every track on the toast of the evening, Acid Rap. Bringing life to something as dense and psychedelic as Acid Rap is challenge enough to do at a live show, a somewhat inconsistent setting for a rap in general. Sometimes you get the A$AP Mob Tommy-gunning over a backing track, or sometimes a tense Kendrick Lamar, unsure of how to sequence a setlist and build an arc to the show. Chance’s ability to not only deliver his songs like a locutionary pro, but to work the crowd while avoiding tropes, dance, and have stupid amounts of fun on stage, bring his 15-deep crew on for the banger “Fuck You Tahm Bout” and actually get them back off stage again, and sequence both DJ sets and a live set into his show makes him unequivocally one of the best rap performers I’ve ever seen. Dude is 20 years old. 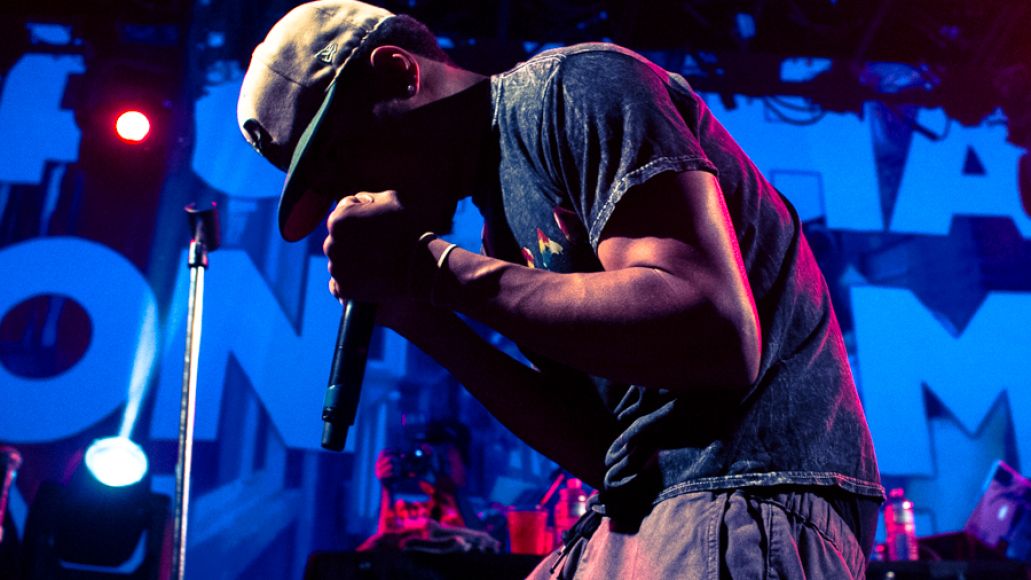 During “Intro”, Chance skittered across the stage like a hyperactive Michael Jackson, even posing in MJ’s signature pointe position a few times. If you weren’t going absolutely nuts to “Good Ass Intro” in the crowd, there was just as much fun to be had watching Chance’s staccato dance, which looks like Chicago footwork done on a trampoline. He taught the crowd a new dance for “Favorite Song” that wouldn’t be out of place on Blues Clues. You put one hand on the hip and one hand in the air, and you just shake it all around and then you switch and it’s called “The Switch” and it’s silly as hell and pretty much everyone did it because Chance’s lack of inhibitions and puckish ways are magnetic and addictive. 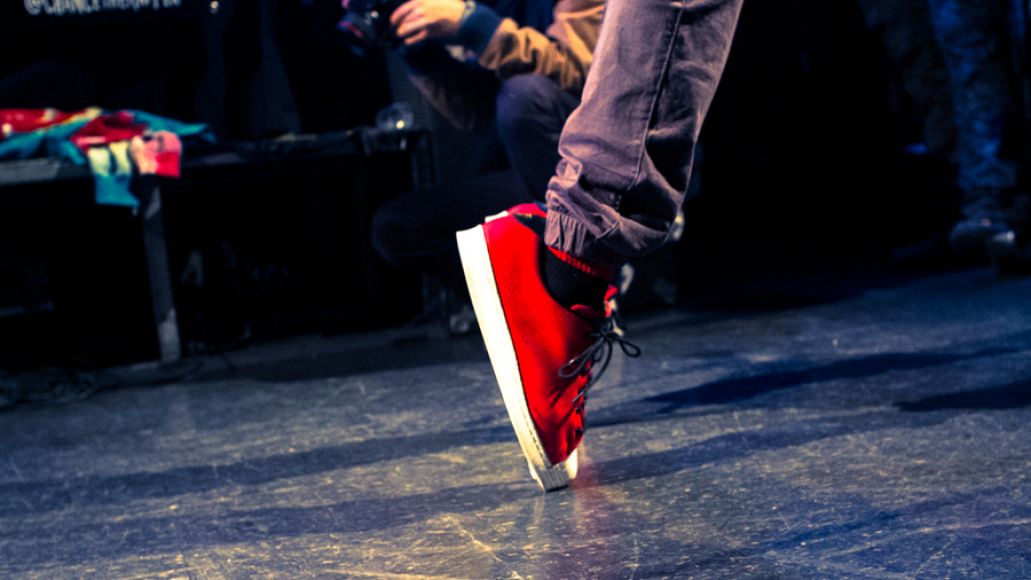 With several guests not in attendance, barring his local Save Money crew like Vic Mensa nailing his verse on “Cocoa Butter Kisses” and the beautiful Noname Gypsy for her turn in “Lost”, Chance ran the show. When the intro to “Juice” finally came, it wasn’t even dressed as The Big Single because the crowd had been with Chance every step of the way. A dude closed his eyes and sang the lyrics to himself with little hand gestures. A young girl scah-reamed the verses right back to Chance. The more poppy pockets on Acid Rap transform him into a young pop star on stage, a hybrid energy following in the footsteps of Drake but more obviously Kendrick. TDE/Black Hippy should be so lucky if they signed him.

After DJ Oreo teased the crowd with some snippets from Chicago favorites Katie Got Bandz and Chief Keef (I’m pretty sure Nero played “Love Sosa” as Rome burned), Chance enlisted two synth players, a drummer, and a lone trumpeter to give more back-seat soul tracks on Acid Rap a different feel. “Interlude”, ironically, was a final-act singalong, and he hushed the crowd talking about his hometown violence in “Paranoia”. As the song ended, everyone responded less with screaming and more with a respectful ovation for Chance’s sincerity. 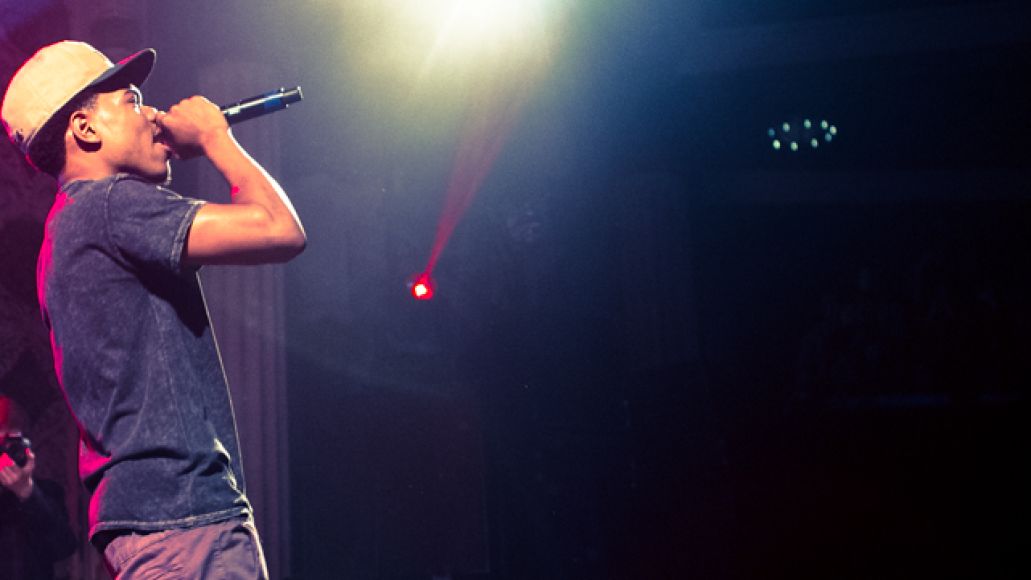 Before Chance would close out the show with the “Chain Smoker” — complete with a guy spraying the audience with a pressurized smoke gun or fire extinguisher or proton pack or whatever — he played “Everything’s Good” and dedicated it to his father. Papa Bennett stood up right in front of me and Chance looked up in the balcony at him and they shared a little moment. After the show, his dad was the first person downstairs in the lobby, holding up posters of his son, trying to hock them to the crowd as they filed out. Chance got the idea for 10 Day after being suspended for smoking weed at school, and Acid Rap’s let’s-get-druggy influences are right on its sleeve, but there’s his dad holding up a big picture of his son smoking a cigarette. He knows Chance did a good ass job, too.

Live Review: Chance the Rapper at Chicago's The Metro (5/25)