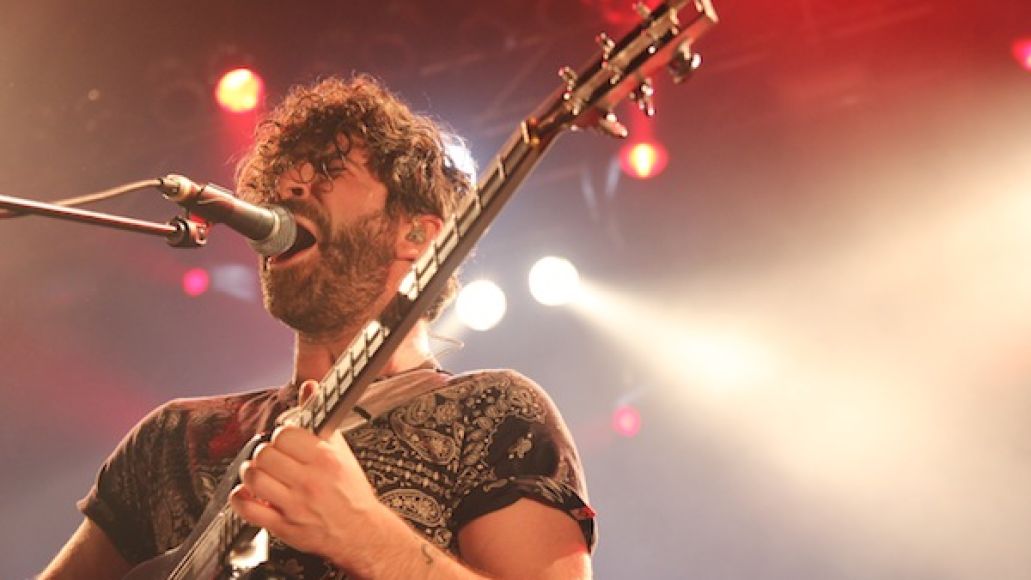 It’s hard to put the theatrics aside to focus on the music when the vocalist of the band you just saw jumped off a second floor venue balcony onto the stage without missing a beat. Even if the show was awful (which it wasn’t), I would’ve left thinking “How did his legs not break?” Thankfully, Foals are one of the most captivating live bands, whose physical bravado and tibia strength are matched by the force of their music in a live setting.

At a sold out Terminal 5, the crowd funneled into every available nook as Surfer Blood for their opening set. I had missed the super openers Blondfire, but walked into the venue with the heavy thump of “Floating Vibes.” Surfer Blood did their thing, “Swim” is still a kickass song, “Take It Easy” always pleases with its bouncy feel, and “Miranda” is still a great Pixies song (basically). However, while the older songs sounded infinitely more polished than I’ve seen before, the newer cuts sounded were either perfectly pristine or high-school-band sloppy. Perhaps some weren’t all-too road tested yet, but when songs like “Weird Shapes’ are promising for the second full length. 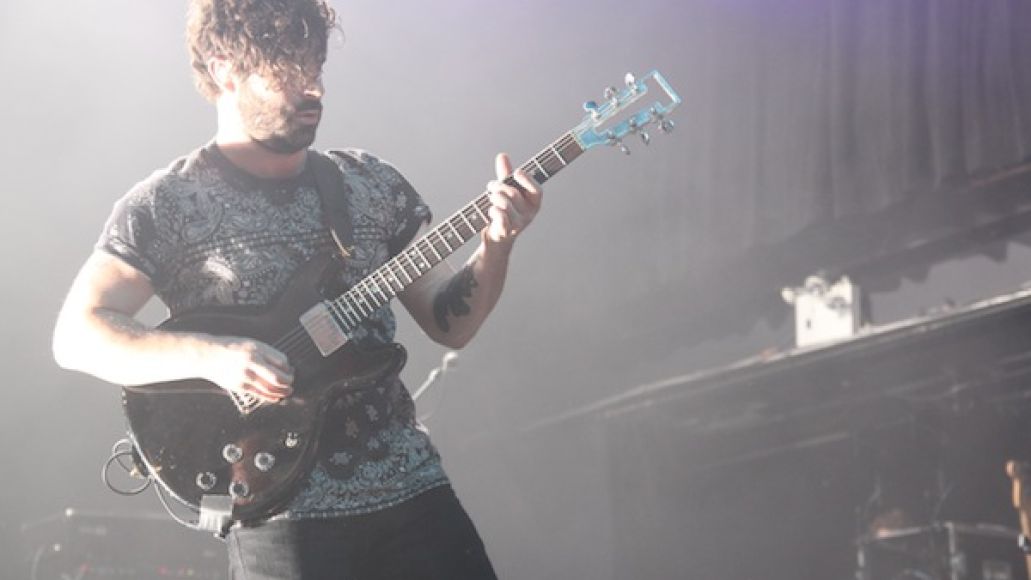 After Surfer Blood packed up their inflatable shark, the crowd was split in two. The math-rock geeks in the crowd shifted paradigms for Foals forthcoming time-signature theatrics, and the less-mathy geeks were getting ready to embrace tunes from their last two albums rather than dwell on the fact that the band won’t play “Cassius” or “Hummer.” Thankfully, most of the audience was in the latter group, quickly starting push pits to “Inhaler” and playfully jumping to “Balloons” and “My Number.”

Over time, Foals’ set has become more dynamic. In the past it might’ve been a powerhouse focussed on pizzicato plucking and bright interplay of guitars, but Foals has become a band that turn from sludgy to sunny on a dime. New tunes like “Bad Habit” layered their ubiquitous staccato plucking over these dark-and grimy tunes, while the choruses strayed from group chants to actual melodic runs that the audience was happily sung along to. Thankfully, the two-and-a-half minute punches of songs from the first record were interspersed amid the more drawn-out tracks, allowing the crowd to go apeshit and chant along to “Olympic Airways” and the like. 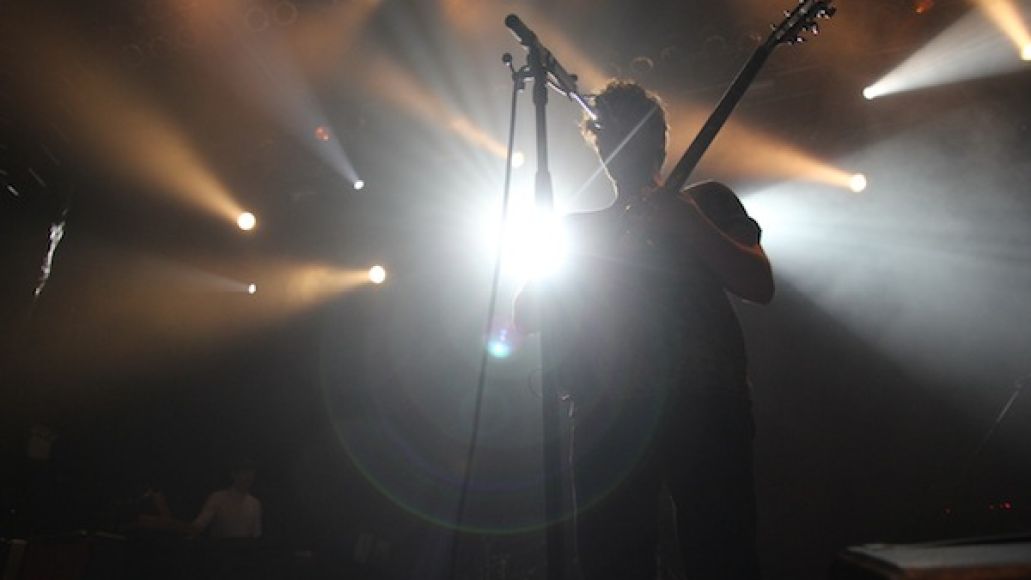 While the new songs fit perfectly into the set, the highlight of a Foals show is and will forever remain “Spanish Sahara” — their perfect live cut that you can file right next to he grandest Explosions in the Sky and Sigur Rós crescendos. Then of course, there’s always Yannis stomping around the venue during almost every non-vocal break, throwing himself into the crowd while playing guitar, jumping off a second floor balcony during “Electric Bloom,” or walking around the crowd for ever-explosive closer “Two Steps Twice” as members of the crowd tussle his perfect hair. It seemed that Yannis might’ve even been more phased by people touching his hair than the 15 foot fall from the balcony. If that isn’t a sign of a true rock-star, I’m not sure what is.