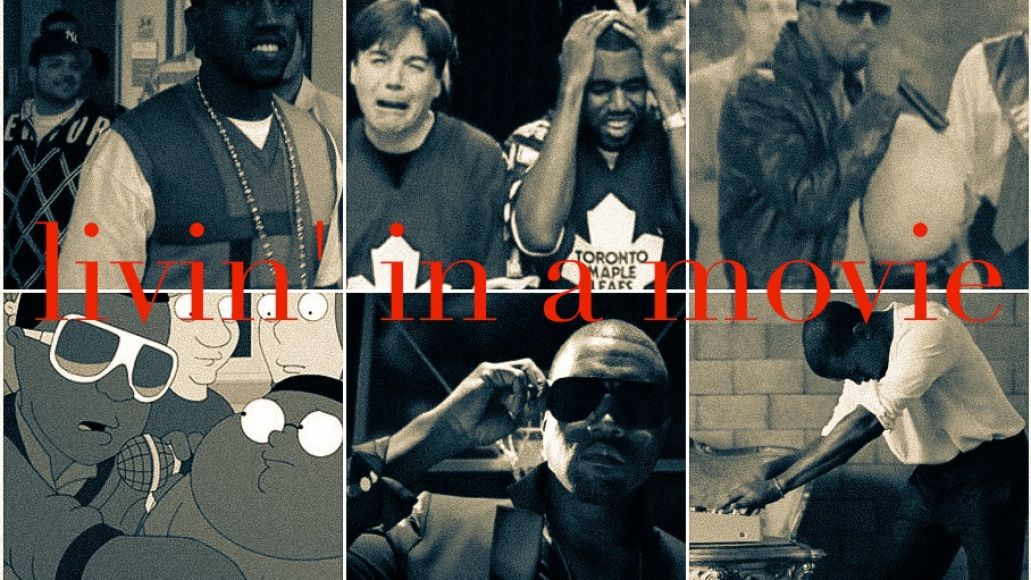 Did you know: Kanye West has just as many acting credits to his name as Daniel Day Lewis? With news of the rapper’s cameo in the forthcoming sequel to Anchorman, we thought now would be a good time to revisit some of his past roles. Here’s the Acting Career of Kanye Omari West:

Arguably Kanye’s finest acting moment was on Entourage, in that he really makes you believe that he’d fly his private jet way out of his way for a group of people he hardly knows.

Best line: “I took flying lessons a week ago and even though it’s totally illegal, I’m going to fly us out of here.”

Back when Kanye was in the spotlight for stealing the spotlight, Saturday Night Live paid tribute to the #KanyeShrug with this sketch.

Best line: When Kanye intercepts Drake and Josh’s Kid’s Choice Award and says “How are kids going to be taken seriously if they keep making bad choices?”

Ah, the Kanye art film: where you’re not totally sure whether to laugh at it or with it — true art/satire is in the eye of the beholder and only Kanye and director Spike Jonze know the real truth.

Best Line: Kanye drunkenly singing along to his own song  “See You In My Nightmares”

Kanye and Cleveland from The Cleveland Show do a benefit concert for a little girl who fell down the well and Kanye puts 16 bars in front of the hook “Be-Cleve In Yourself” so like it’s fine because it’s Kanye, right?

Best line: “Got a chubby brown angel on my shoulder” because I bet he’s only said that line once and that was the day in the studio and that’s it.

The premiere Kanye art film, full of fireworks, phoenixes, and MPC- solos, and more contemplative looks than a lifetime of staring at the sun setting over the ocean.

Best Line: Kanye earnestly answering the question of where statues came from: “I think artists carved them years ago.”

Kobe chest-passing a trollish Danny Trejo into a cement pillar is one thing, Bruce Willis showing up to put Kobe’s shooting hand in a razor blade prison is another thing, but Kanye West being the supervillain who collects shoes in the most lavish shoe commercial there ever was — okay that actually makes sense.

Best line: “The world’s deadliest predator is about to become my towel boy.” Ohhhhhhhhh.

Livin' in a Movie: 7 Kanye West Cameos from Film and Television