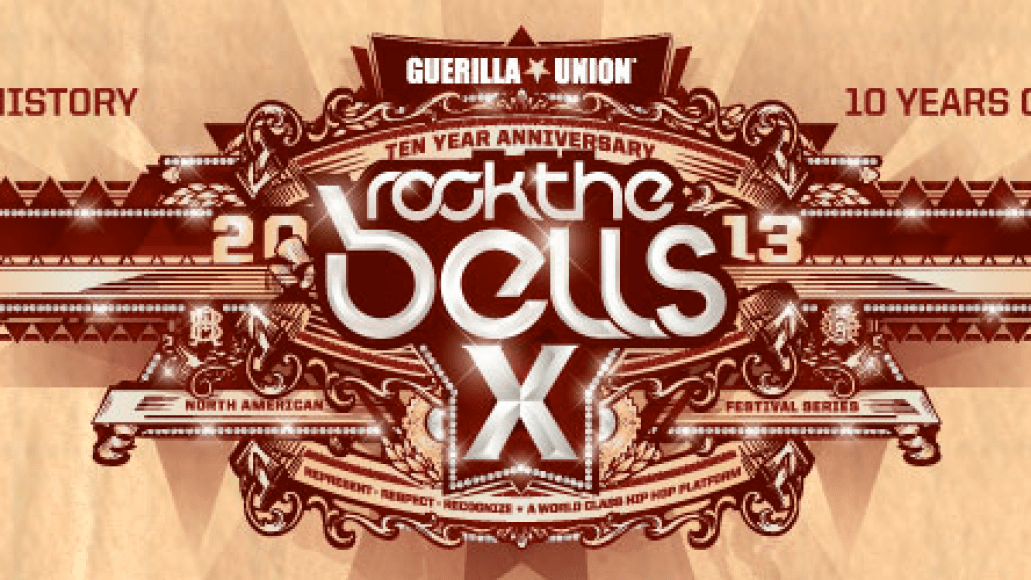 This year’s Rock The Bells music festival marks its 10th anniversary with a huge lineup, including “virtual performances” by two deceased artists, Ol’ Dirty Bastard from the Wu-Tang Clan and Eazy-E, who will be performing with the ongoing reunion of Bone Thugs N Harmony.

The MC Supernatural actually freestyled the all-star lineup during an announcement party earlier this evening. In full, here’s what the lineup looks like: 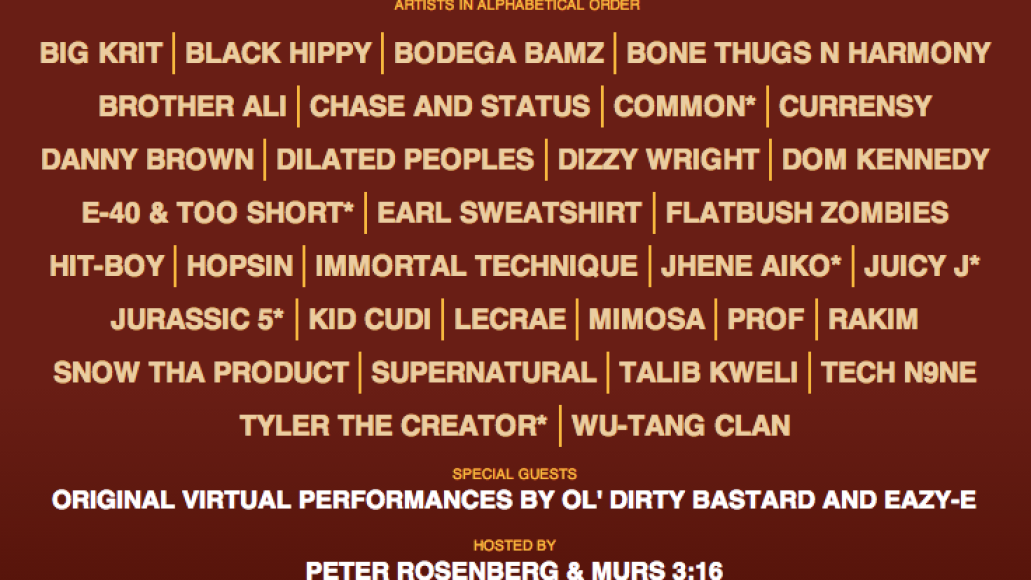 According to the pre-show announcement, there are at least “fifteen more artists announced before the show,” some being announced on June 24th in New York City.

Cherry Jones, mother of ODB (born Russel Tyrone Jones), presided over the lineup announcement and offered her blessing to the festival.

The Rock the Bells tour will take place at four dates in the fall, listed below:

ODB and Eazy-E's holograms to headline Rock the Bells 2013