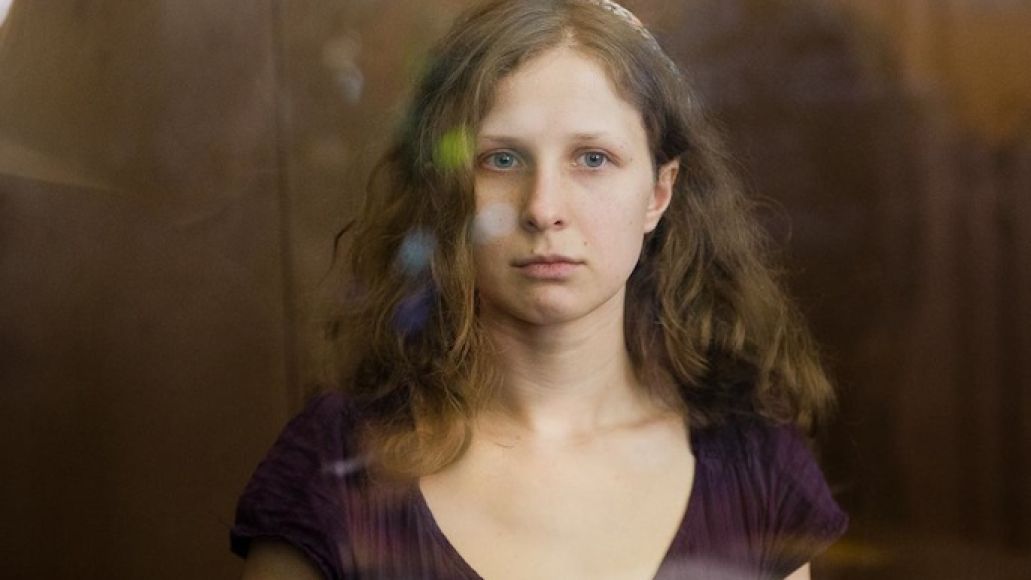 Imprisoned Pussy Riot member Maria Alekhina has declared a hunger strike after a Russian judge prohibited her from attending a parole hearing scheduled for today, according to Radio Free Europe.

Alekhina refused to take part in the hearing via video-link, saying it violated her rights. She also asked for the judge and prosecutor to be replaced.

A new hearing has been scheduled for tomorrow (May 23rd). However, Alekhina’s lawyer Irina Khrunova indicated that her client would not be participating.

Last year, Alekhina and fellow Pussy Riot members Yekaterina Samutsevich and Nadezhda Tolokonnikova were sentenced to two years in prison after being found guilty of “hooliganism motivated by religious hatred or hostility” stemming from a protest at Moscow’s Christ the Saviour Cathedral. The collective were denouncing the ties between Russian President Vladimir Putin’s regime and the Russian Orthodox Church. Samutsevich has since been freed; however, both Tolokonnikova and Alyokhina remain in prison.

As Radio Free Europe notes, Alekhina may have difficulties receiving parole due to a number of reprimands she’s received for violating prison rules.