As cultural critic Malcolm Cowley argued in Exile’s Return: A Literary Odyssey of the 1920s, dissent comes in two primary hues: the populist and the individualist. Whereas populist revolt aims to channel mass movements in pursuit of peace, liberty, and justice, individualist revolt denounces any investment in society as deluded and foolish. Most artists tread lightly when navigating this dichotomy. They inch across the spectrum between populist and individualist revolt slowly and cautiously, lest they alienate their fans. But in the summer of 1964, Bob Dylan hurled himself headlong from one pole to the other with a scathing contempt and reckless abandon that was uniquely his own.

While Dylan’s electric set at Newport ’65 was to become arguably the most controversial performance in rock history, the significance of his 1964 performance has been largely overlooked. At Newport ’64, Dylan unleashed a series of individualistic “post-Protest” songs that would anchor his contentious fourth album, Another Side of Bob Dylan. For Dylan, this was a major departure from the topical, socially conscious “finger-pointing” tunes of his first three LPs. For his populist-minded backers in the Protest Movement, it was a betrayal.

On July 26, 1964, hirsute men donning coarse flannels and dusty Stetsons hunker down on the rocky Road Island soil as Dylan humbly shuffles onto the narrow Newport stage. Rather than chronicling the societal ills of bigotry, injustice, and militancy as he had the previous year, Dylan sang of his own psychological conundrums on “To Ramona” and “Mr. Tambourine Man” (take me disappearin’ through the smoke rings of my mind / down the foggy ruins of time/ Far from the twisted reach of crazy sorrow”). But despite this substantive shift, he was still strumming his acoustic guitar, all alone onstage, looking like dust-bowler Woody Guthrie reincarnated. On the surface nothing had changed. Fans applauded politely, Dylan nodded in appreciation, and that was that.

Indeed, compared to the instantaneous public backlash against Dylan’s electric explosion in ’65, the audience reaction in ’64 was downright mellow. Perhaps the stakes were just lower. Dylan wasn’t the headliner, stalwart Joan Baez still carried some clout, and newcomer Buffy Sainte-Marie provided an unexpected highlight with “Cod’ine”, her devastating saga of drug addiction and psychophysical withdrawal. Whatever the reason for this lack of immediate outrage, Dylan’s performance represented the renunciation of topical music by its eminent prophet. Though fans were not yet wise to Dylan’s transformation, many in the Protest Movement felt their Jesus was turning into Judas. That scrawny kid with the power to channel molten moral force against the atrocities and hypocrisies of an entire nation was singing for himself. Not for his backers in the Movement, not for Woody, and and certainly not for his fans.

Wrongly characterizing Dylan’s new tracks as self-indulgent, critics blasted the folk troubadour for turning his back on a righteous cause. The Movement’s doctrinaires, including activist Irwin Silber, misinterpreted Dylan’s individualism as egotism: “I saw at Newport how you had somehow lost contact with people. Your new songs seem to be all inner-directed now, inner-probing, self-consciousness.” The vindictive Dylan responded with a tongue of fire, rejecting this assertion of artistic social responsibility: “I’m not really part of any society… I’m just not gonna make a dent or anything, so why be part of it by even trying to criticize it? That’s a waste of time… I know it’s all bullshit.” By ’64, Dylan’s conception had become distinctly individual-centric, grounded in the notion that any investment in society is foolish and deluded. It’s a far cry from the hopeful, triumphant “When the Ship Comes In” he debuted at the ’63 Civil Rights March on Washington (“And like Pharaoh’s tribe, they’ll be drownded in the tide”).

“My Back Pages”, off Another Side of Bob Dylan, is a raw, brutal critique of populist revolt itself. Dylan, much to the dismay of his erstwhile allies in the Protest Movement, exposes critics of society as mere products of society themselves. The song opens with a scratchy acoustic guitar hook that contrasts the crisper sound of The Times They Are a-Changin’, as the troubadour satirizes his fiery protest-era self in the opening verse: “Crimson flames tied through my ears.” Guided by unbending populist ideology, the protest-era Dylan trudged through an inferno of soul crushing turbulence. He howls in painful recognition that aggression, even against malignity, only spurs animosity and intolerance. With great sorrow, Dylan admits to having held the belief that the moral and the iniquitous could be categorized and separated: “Good and bad, I defined these terms / Quite clear, no doubt, somehow.” The real world, post-Protest Dylan recognizes, is not that simple. Allies are exposed as enemies, promises transform into empty words, and morals shift and sway with the blowing of the wind. 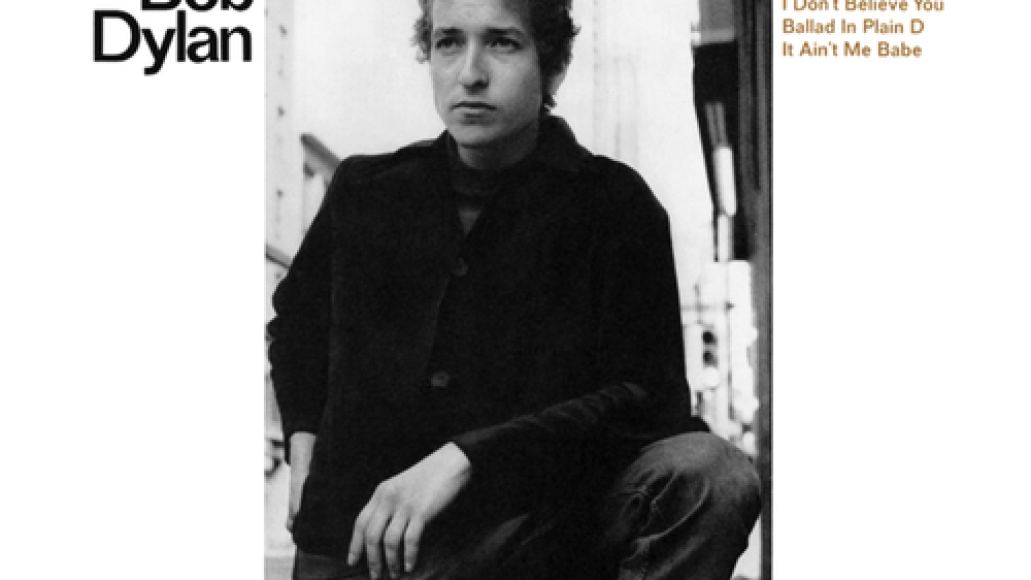 This Dylan sees midnight marches and candlelight vigils as pointless and absurd. Sure, getting together and chanting “Blowin’ in the Wind” feels great, but can it actually drive real change? You’re a sucker for thinking it can, according to this cynical, introspective Dylan. “The only thing that’s real,” Dylan declared to protest honcho Phi Ochs, “is inside you… your feelings.” Tying oneself to alien social concepts is a betrayal of unique personality. Even youth’s authentic and playful spontaneity is smothered by dogmatism. Dylan reveals that political activism demands the very authoritarianism that it denounces: “Fearing not that I’d become my enemy / In the instant that I preach.” The track ends with a retreat from stale moral and secondhand ethics. With an expression of simultaneous regret and newfound wisdom: “Ah, but I was so much older than / I’m younger than that now.”

A few months later, on May 1, 1965 in Liverpool, the puckish, individualistic Bob Dylan was at it again. Fans clamor as he waltzes to the microphone while tuning his guitar to “It’s All Over Now, Baby Blue”. His first words, “I can’t hear you,” hint at the ghostly artist’s psychological and physiological detachment from the impending performance and his fans. The singer is beholden only to his own psyche. The audience, misinterpreting this as a call to volume, roars in excitement. Dylan chuckles creepily at their expense and begins to absent-mindedly strum his guitar. The stark, solitary one-man band with a vacuous glaze reclamps his harmonica. Reluctantly and somewhat painfully responding to demands for particular songs, he proposes something different: “You might like this one.” However, Dylan doesn’t actually care if the audience enjoys the haunting tune; he’s playing it for himself. He then unconvincingly offers consolation to the floating faces chanting titles of disowned protest ditties: “I’ll play it for you next time.”

The song leads with a gentle, solemn tempo as Dylan lulls himself into a trancelike state. Eyelids rolling towards the concert hall ceiling, Dylan delivers a raspy, monotone requiem while urging immediate escape: “You must leave now… But whatever you wish to keep / You better grab it fast.” The aloof Dylan seems more interested in his own feet than the mesmerized eyes of the crowd. Lost in his words, he withdraws from the microphone. The full spectrum of Dylan’s emotions floods the bluesy harmonica, cloaking the crowd in a cape of conclusiveness. Everything you have come to rely on now lays in ruins: “It’s all over now, Baby Blue.”

Dylan’s eyes, reduced to tiny snakelike slits, finally disappear into his head. As an impending doom creeps forward, it seems as though Dylan is the only one remaining in the room. He sings in a mourning tone as the sky and floor fold away. The song ends on a hopeful note of individual rebirth and a chance for redemption: “Strike another match, go start anew.” A robotic bow, a quick exit, and it’s all over.

The next year at Newport ’65, Dylan did the unthinkable: he plugged in and went electric. This aesthetic shift, grounded in Dylan’s individualist revolt, further outraged his populist disciples. The pure, unspoiled authenticity of the acoustic guitar was cast aside in favor of callous, empty, commercialized electricity. Everything he supposedly stood for lay buried under a scrap heap of insulated copper wires. Fans, betrayed by the prophet they had come to love and trust, booed and hollered. Even the pacifist Pete Seeger allegedly threatened to hack up the electrical wiring with an ax. Bob Dylan, the voice of a generation, had found his own voice.