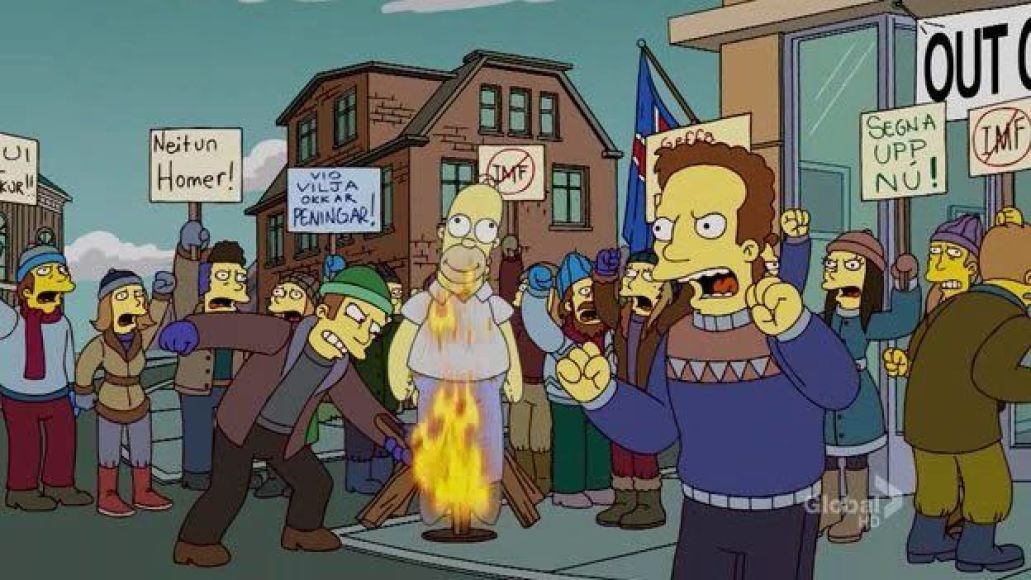 The 24th season of the The Simpsons will culminate in a trip to Iceland, featuring one of the country’s most popular musical diplomats: Sigur Rós. According to MBL, the post-rock group will not only join the long list of bands that have been drawn into the show, but they have also composed original music for the episode. The two-part finale follows the too-smart-for-his-own-good Carl Carlson (of Lenny and Carl fame) on a trip to his native Iceland (he’s and African-Icelandic-American after all).

We don’t have the drawing of a Simpsonified JonsÃ­ yet, but when last Iceland was featured in The Simpsons in the 2010  episode “The Bob Next Door”, Homer was the scapegoat for Iceland’s debt crisis. D’oh, indeed.


The two-part episode “The Saga of Carl Carlson” airs May 19th on Fox.

Sigur Rós to appear in The Simpsons, contributed new music