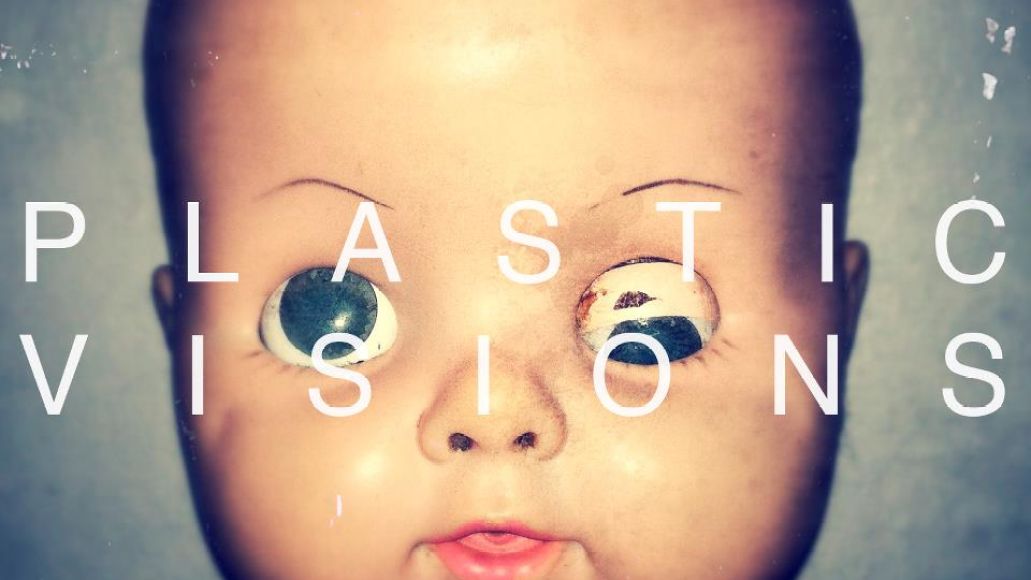 Kentucky grunge-punk outfit Cage the Elephant is something of a family affair, with brothers Matt and Brad Shultz handling lead vocals and rhythm guitar, respectively. For his latest project, Brad Shultz continues to keep it right in the family, enlisting his cousin and budding vocalist Kane Stewart for a group called Plastic Visions.

The story goes that Stewart had been reluctantly running his family business, the California surf megastore Stewart Surfboards. Looking to escape his tedious day job, Stewart abruptly moved to Nashville, where the duo recently spent a month in the studio combining elements of punk/hardcore with surf and skate-grunge. The end result is the band’s debut self-titled EP, due out May 21st via Brad’s label Death Panda.

The five-track effort is, pardon the pun, a more frenetic and grimier cousin to CTE’s reckless and disheveled brand of rock and roll. Like a rocket-powered surf board, “Love Hate” blasts forward with thick, pulsating guitars and waves of noisy effects piggybacking off Stewart’s hoarse yelps. “Now I Know” condenses the dissonance into random interludes, making the quieter parts more poppy and the rest a raging mess of unceasing, feedback-powered anarchy. Strap in and listen below. (We suggest doing so with your own beloved blood relative).