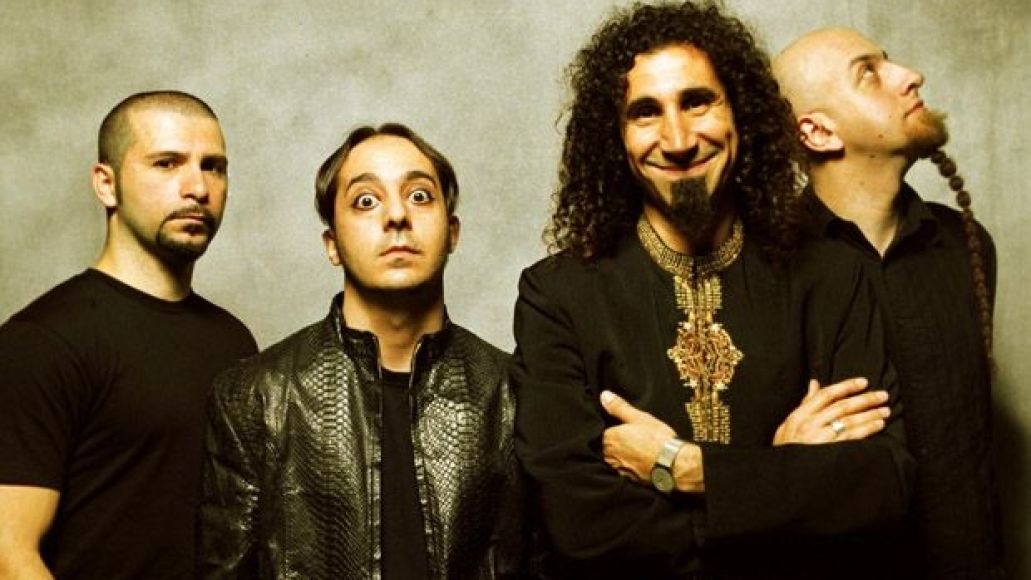 It’s been eight years since System of a Down released their double album, Mezmerize/Hypnotize. They’ve toured sporadically since, but there’s been no inkling of new music to the dismay of fans and even some band members.

In a since-deleted Facebook posting (via Loudwire), bassist Shavo Odadjian railed against frontman Serj Tankian for holding up a new album and suggested the band would be open to recording music with a different singer. Maybe they can ask Linkin Park for Chester Bennington’s phone number?

ok….. Ill come clean.. Its not us(meaning Daron,John Or Shavo!! Its Sej, who doesn’ want to do a new album!!!! so please stop harassing us about it!!! We are just waiting for SERJ! Now He might hate me for exposing the truth but i Had too.. Sorry folks!!! we’re trying to get a new album out, its just not passing Serj’s RULES! . Kinda funny, since we started the band and now he’s holding us back!! I think we should should release another album again??? As for me.. I’m ready to release one with someone who wants to be the singer of SYSTEM. not soeome we have to beg to be a part of SYSTEM!! So with that in mind, what do you guys w should do? Just remember, Hes been holding us back for 7 years so far.. wanna wait another $-5 years? or shall we release a record without Serj? u tell us?????

I dont want to make a record without him… but if he’s not down? should the 3 of us just sit and wait?? Not cool!!!!!!!! i want the fans from all over the world including Brazil to tell us what they think.
No System? or System with with a new singer whos just as good if not better? PLUS new System songs and tours???? please give me ur opinion people!!! is SYSTEM better with no singer or someone who is excited to be our new singer?? you decide.. cause im confused!!!

no diss to Serj.. If he wants to be in the band then he’s welcome but if he’s not? what do you expect us 3 to do.?? we really want anorther System Record! wish Serj was down but if hes not, then im going ahead and making a System record without him!!! im furious that he let us down like this, but we gotta do something to keep this great band alive!!! agreed????????

For context: Tankian has released four solo albums since 2007 and has another one due out this summer.

In wake of Odadjian’s comments, System of a Down issued a formal statement on the band’s Facebook:

Earlier today, Shavo posted a few statements on his personal Facebook page that do not reflect the sentiments of System Of A Down as a collective band. These were misleading statements that were made during a temporary state of bad judgment on his part alone. To be clear, the full band lineup of Serj, Daron, Shavo and John will be performing all scheduled tour dates. With respect to new SOAD music, although we have not agreed on a timetable for a new album, we all believe that having the four of us do it together is the way to be true to the band and our fans.

As noted, System of a Down have a number of upcoming tour dates, including a July 29th one-off at the Hollywood Bowl in Los Angeles, along with an extensive European leg scheduled for August. Check out their full tour docket.