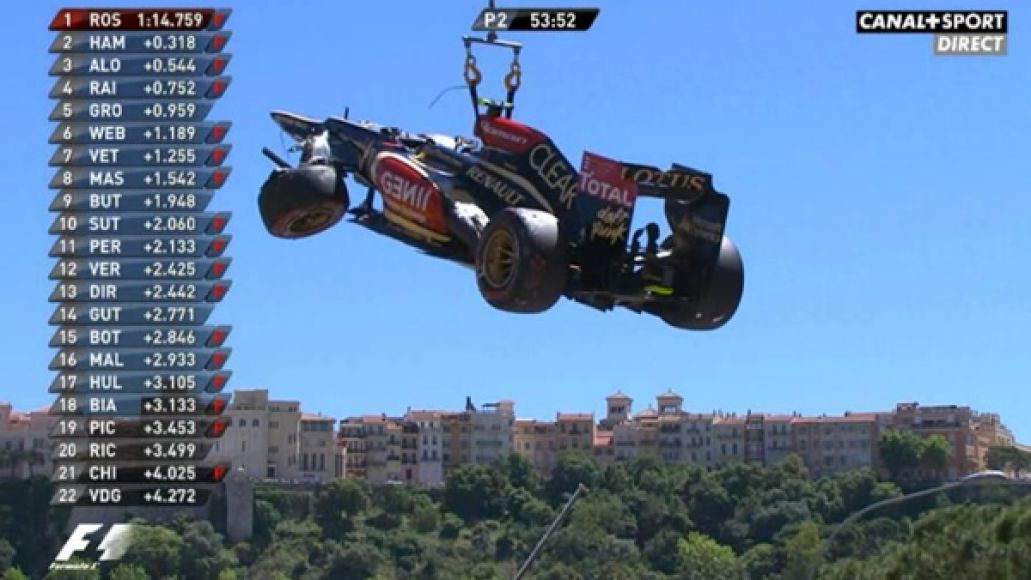 In the 1990 Nascar blockbuster Days of Thunder, Nicole Kidman asks Tom Cruise what he likes about racing, to which he replies: “Speed. To be able to control it. To know that I can control something that’s out of control.” Not to put words in their mouths (or computers?), but that might be the same answer Daft Punk would give, especially if they had to explain why they’re promoting a Formula 1 racecar that’s currently racing in the Grand Prix de Monaco.

As Pitchfork points out, Columbia Records, who issued Daft Punk’s latest album, Random Access Memories, is a partner with Lotus F1, which explains the aforementioned racecar. However, they didn’t just slap on the group’s logo and send out the car flying (see above); in fact, the French duo appear in a 28-second clip labeled, “Daft Punk Comercial LOTUS f1 TEAM (Extended No Official)”. Catch the clip below and follow the action on Lotus F1’s Twitter page.

In related news, a Japanese bonus track off Random Access Memories called “Horizon” surfaced earlier this week, and so did a mysterious alternate version that Managing Editor Jeremy Larson found. And, yeah, son of a bitch, it looks like we’ll have to update their Collaborative History – again.