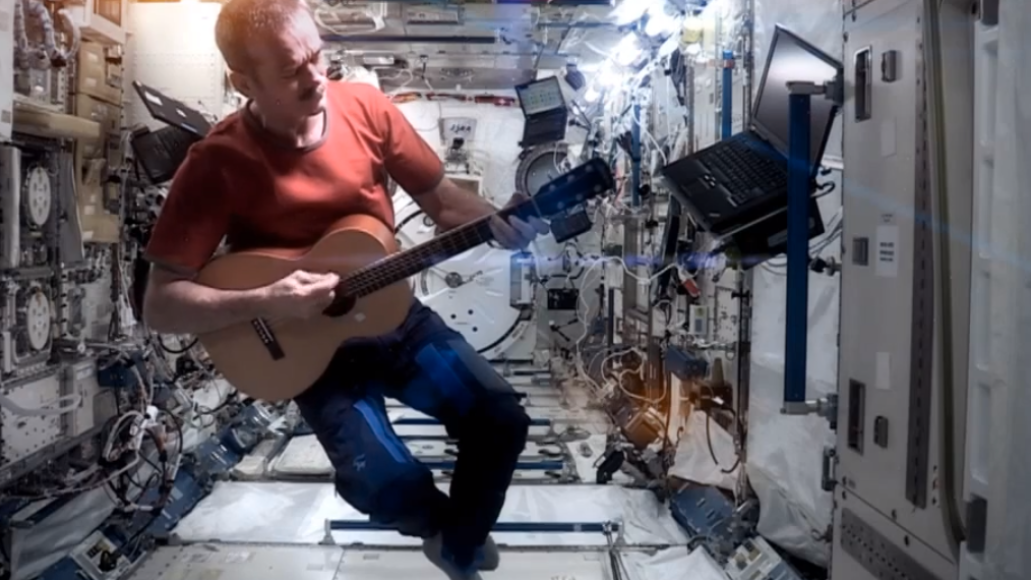 While David Bowie is pissing off the Catholic League with his new video for “The Next Day”, Canadian astronaut Chris Hadfield keeps things pretty on the nose with his interpretation of the Bowie classic “Space Oddity”. In the most out of this world video you’ll see today, Hadfield actually filmed his cover of the song aboard the International Space Station prior to his return voyage to Earth on Monday. Watch him literally float in the most peculiar way below:

Update: According to Mashable, this is the first-ever music video made in space.