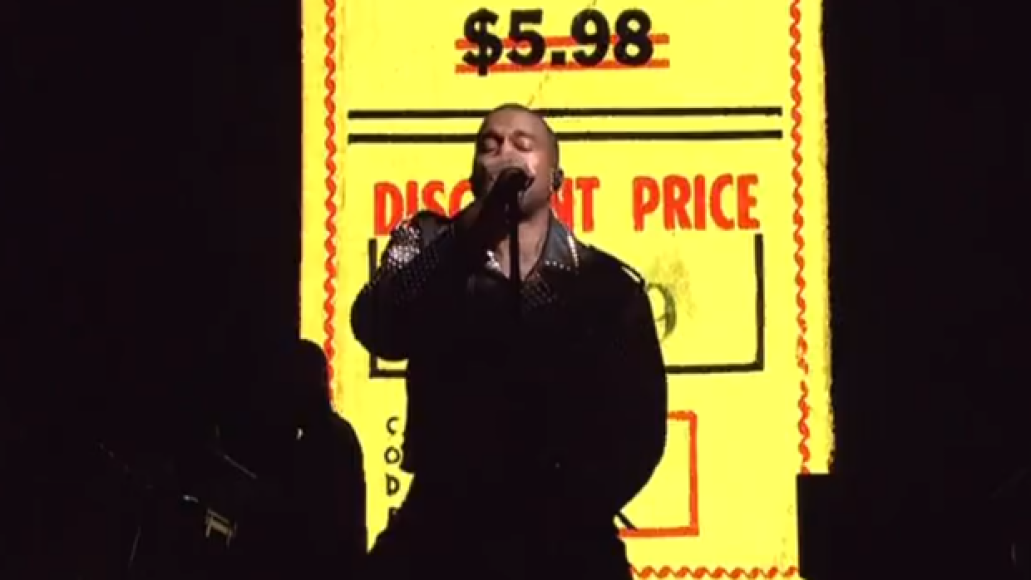 Yeezy Season is in full bloom: What began with a surprise performance in New York City on Wednesday night continued Friday night with the worldwide premiere of “New Slaves” has now culminated into a trip to 30 Rockefeller Center for his fifth appearance on Saturday Night Live, and first public performance behind his sixth solo album, Yeezus.

The first performance was of a new song titled “Black Skinhead”, featuring a sample of Marilyn Manson’s “Beautiful People”. He was accompanied by an impressive barrage of found imagery and slogans like “Not For Sale”, “Followers”, and “New Art”.

Kanye followed that up with “New Slaves”, in which he stood completely still while spit-firing the song’s lyrics one hundred miles a minute. The accompanying visuals appeared to be a zoomed in version of the video that was projected on 66 buildings around the world on Friday night.

Replay both performances below.

Yeezus is due out June 18th via Def Jam.