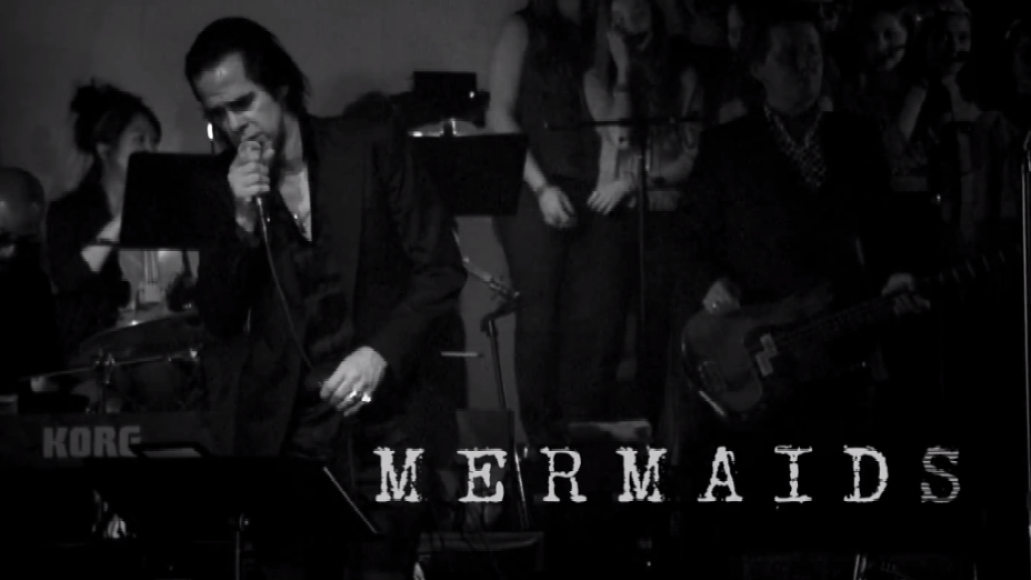 Nick Cave and the Bad Seeds have been out on tour supporting their 15th, and most wonderful studio album Push The Sky Away. After the frequent collaborator John Hillcoat took the wheel for the band’s first video “Jubilee Street”, UK directors Iain Forsyth & Jane Pollard direct the new, black & white, live video for their next single, “Mermaids”.

The video is an excerpt from the band’s performance in February at The Fonda Theatre in Los Angeles, where Push The Sky Away was premiered in the U.S. Watch the noir ballad, featuring a children’s choir wearing headset microphones, below.


“Mermaids” will be released as a digital single on May 20th, packaged with two additional non-album tracks, “Needle Boy” and “Lightning Bolts”, both culled from the Push The Sky Away sessions.

Watch Nick Cave and the Bad Seeds' video for "Mermaids"