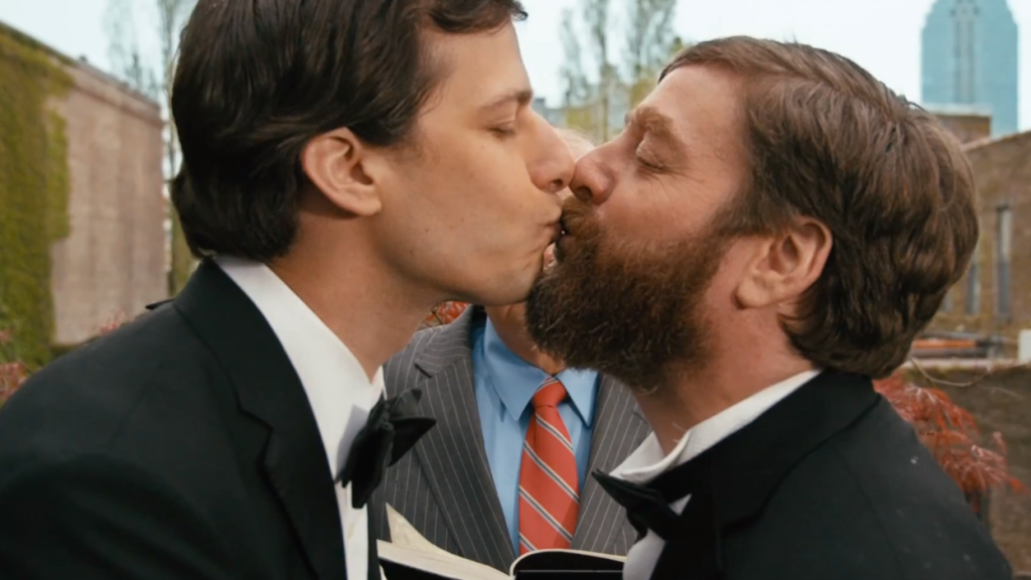 In anticipation of their new album The Wack Album, The Lonely Island have launched “Wack Wednesdays.” Every Wednesday leading up to the album’s release, the comedy troupe will debut new music videos, tracks, and other exclusive announcements via their YouTube channel.

The first installment of “Wack Wednesdays” brings a new song titled, “Spring Break Anthem”, along with a video starring Zach Galifianakis and James Franco. What begins as an episode of Galifianakis’ incredible Internet talk show “Between Two Ferns” gives way to a chaotic, X-rated performance by The Lonely Island that manages to tie Spring Break anarchy to “marrying a man.” This one’s sure to have its critics.