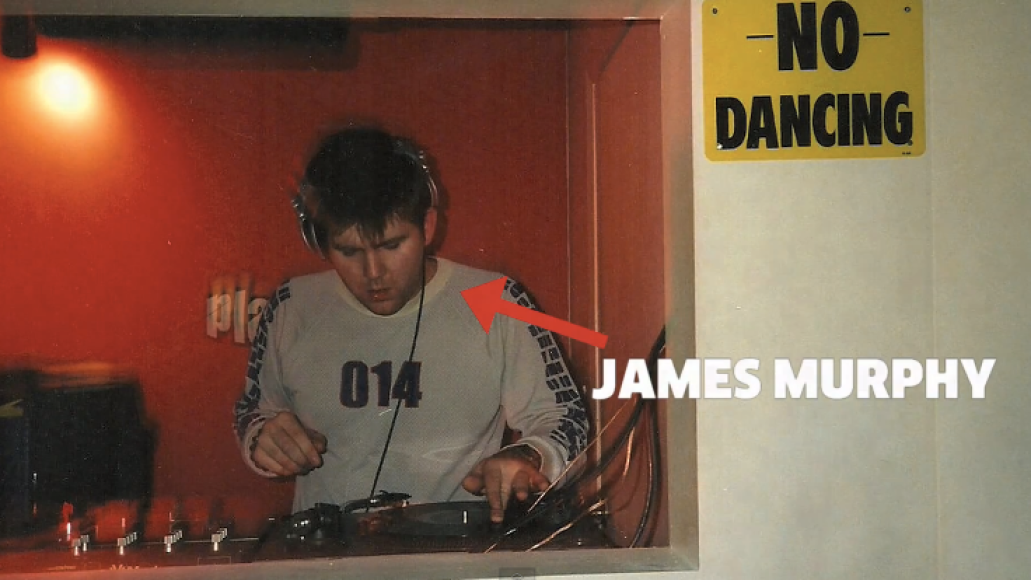 While James Murphy busy’s himself with DJ gigs and contributing to Pulp songs, his label DFA Records will celebrate its 12th anniversary this month. Along with a big old  label celebration at the end of May, Red Bull Music Academy has just released this short documentary chronicling the label’s first decade or so of existence, and their palpable influence on the music scene.

Narrated by comedian Marc Maron, the 13-minute short film titled 12 Years of DFA: Too Old To Be New, Too New To Be Classic features plenty of amazing old photos (above), interviews and appearances by label mainstays The Rapture, Holy Ghost!, The Juan MacLean, Shit Robot, Sinkane, YACHT, and of course James Murphy and LCD Soundsystem. Regain your edge below.