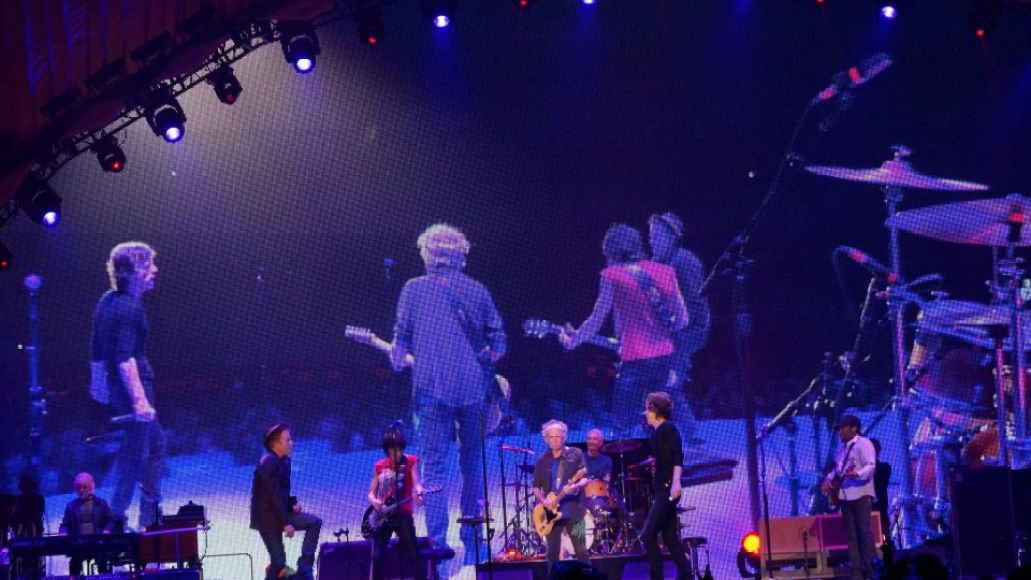 What’s it take for Tom Waits to perform live these days? An invitation from The Rolling Stones, apparently. Last night in Oakland, Waits made a rare public appearance in which he joined the band for their vintage 1964 cover of Sam Cooke’s rendition of “Little Red Rooster”. Fun fact: This cover was a #1 hit over in the UK, but didn’t appear stateside until it surfaced on their third studio album, 1965’s The Rolling Stones, Now!, despite being recorded at Chicago’s legendary Chess Studios. Suffice to say, Waits’ barnyard growl fits in just perfectly here.

Waits and The Stones previously teamed up in 1987 on the song “Harlem Shuffle” from Dirty Work. Waits and Keith Richards have also collaborated on several occasions, even recording a pirate shanty for Johnny Depp’s recent compilation Son of Rogues Gallery: Pirate Ballads, Sea Songs and Chanteys. 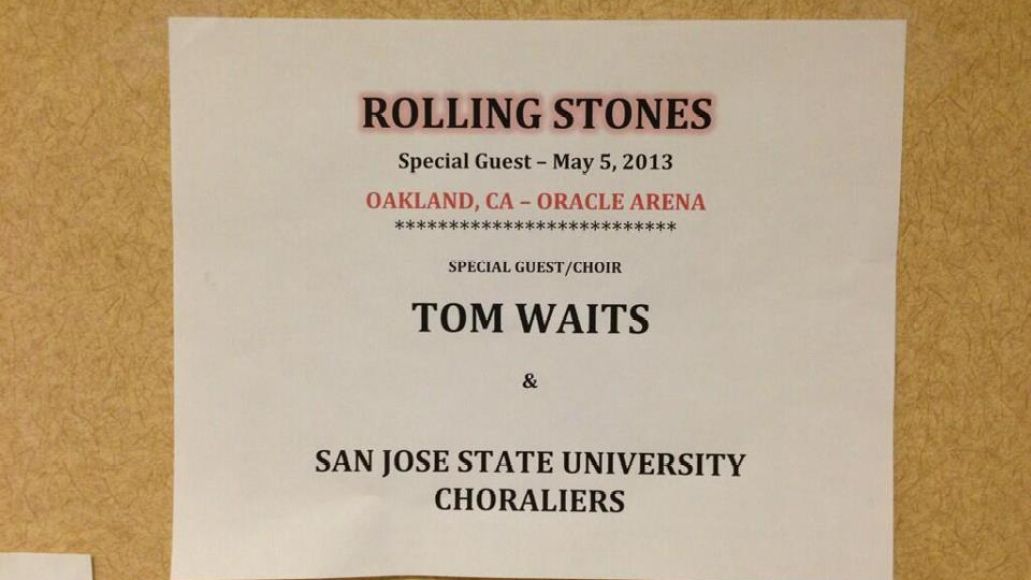