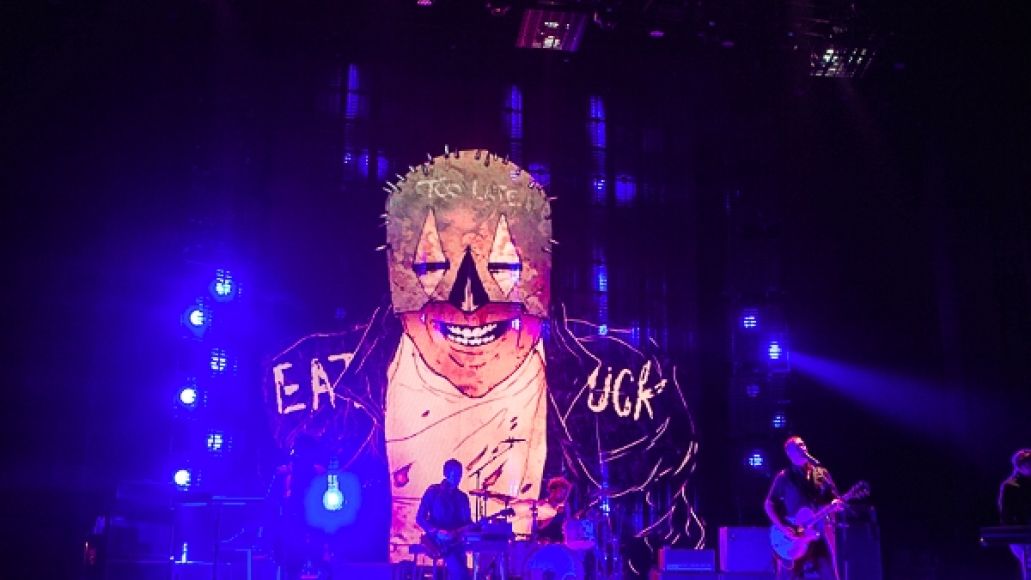 Queens of the Stone Age traveled to Los Angeles last night for an intimate concert at the Wiltern, where they’ll premiered their new album …Like Clockwork. NPR Music streamed the entire performance online — watch the replay below. Also check out our exclusive photos from the concert.

The band performed nearly every song off …Like Clockwork, along with fan favorites like “No One Knows”, “Go With the Flow”, and “Feel Good Hit of the Summer”. According to NME, both Jack White and Morrissey were in attendance.

Watch Queens of the Stone Age perform ...Like Clockwork from Los Angeles