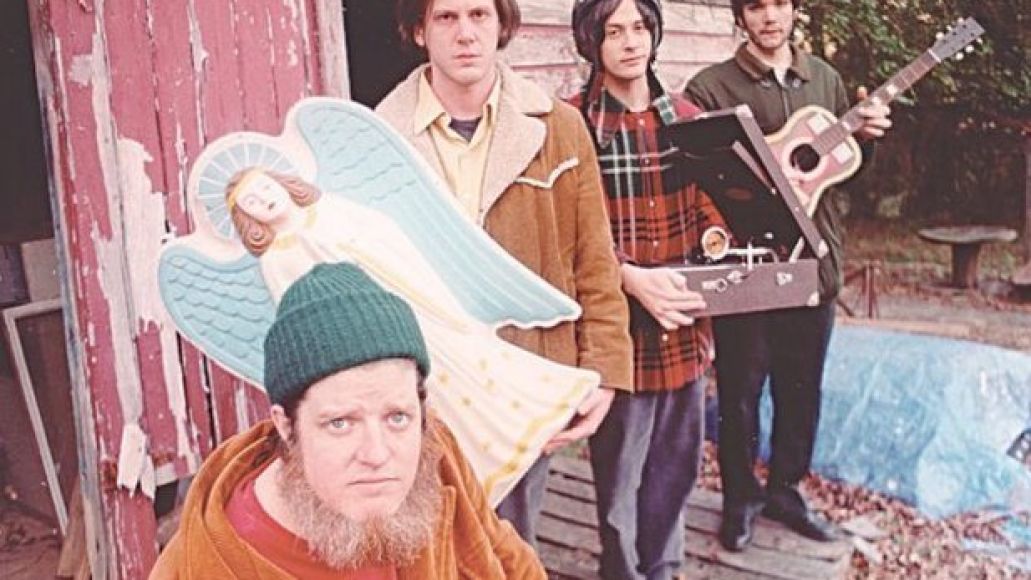 I was listening to Neutral Milk Hotel the first time I felt anything like transcendence. It was three o’clock on a Monday morning; I was ignoring homework and cocooning myself in the band’s ’96 bootleg “Live at the Aquarius.” Jeff Mangum played that show solo, testing out songs that would later appear on his seminal album In the Aeroplane Over the Sea. Unlike many of the live recordings that started to litter P2P networks in the early aughts, “Aquarius” sounds warm, quiet, and clear. The room is silent save for Mangum and his acoustic guitar. There’s no stray chatter to mar the sound of his brassy vocals on tape.

It was “Rubby Bulbs”, one of hundreds of songs that Neutral Milk Hotel never committed to a proper release, that sent me over. Mangum holds one note for 12 seconds halfway through. It sounds like he’ll never run out of air. I remember looking at the ceiling, exhausted and 15, feeling the boundary between me and everything that wasn’t me dissolve.

Loving Neutral Milk Hotel in high school was like being in a secret society. We passed CD-Rs marked up in Sharpie to our friends, whispering that there was something special locked inside. We played Mangum’s songs on starter-pack guitars, amazed at how much power could come from a handful of open chords. We quoted lyrics to each other like pass phrases: “semen stains the mountaintops” was good for a giggle but “thunderous sparks in the dark of the stadium” was like a love note when you wrote it on someone’s binder. Listening to Aeroplane with someone else was more intimate than our clumsy attempts at sex.

Of all the homegrown psych-folk acts that bubbled up in the ’90s, Neutral Milk Hotel was the one that spread. There’s no way to pin down why Mangum’s songs went viral while thousands of musicians dwindled in obscurity. Maybe it was the strange beauty of the lyrics, the utter conviction in their delivery; maybe real genius always finds its audience. Whatever the impetus, the pull to Neutral Milk Hotel was strengthened by the thought that we were listening to something that could never happen again. We cherished those albums and demos and bootlegs because we thought there would never be more. We felt like archeologists digging up dead utopias. 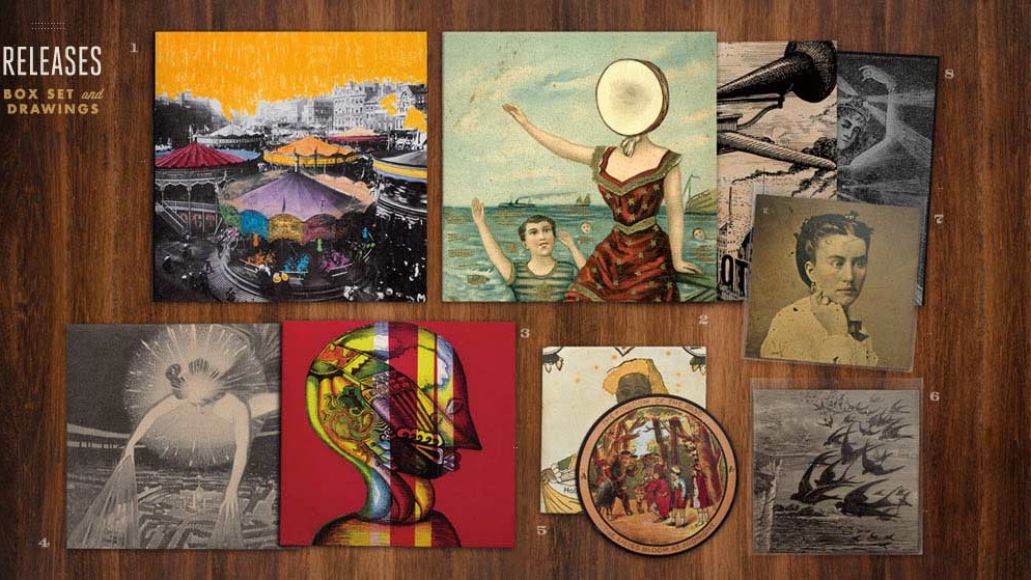 On Monday, when Neutral Milk Hotel announced their first full-band shows since 1998, I didn’t know how to be excited. I was surprised, maybe, to see Scott Spillane and Jeremy Barnes come out of hiding. But I didn’t feel as though something I’d waited for forever was finally about to come true. When you want something for so long, how can the experience live up to the expectation? What happens when a band built on mystery breaks that mystery?

Any devotee of Mangum and his Elephant 6 family has fantasized about their live performances. People posted detailed fan fiction to message boards about what it would be like to see the band play. You can piece together what a show must have felt like from the ambient sounds on those innumerable tapes. You can hear the breathing, the drinking, the sweating, the crying of those who were lucky enough to watch Neutral Milk Hotel perform the first time around — before the legend overshadowed the people who found simple joy in banging on floor toms, blowing into bagpipes, dragging bows across saws.

Reunion tours rely less upon the audience’s present experience than they do the memories that experience evokes. Bands can play like shit if they want — fans are hearing them play 20 years ago. But for most Neutral Milk Hotel fans, those memories are varied, private, and completely severed from the presence of the band itself. Few who attend NMH’s string of Southeastern dates will actually remember seeing the band in their heyday. Most would have been kids when Mangum played those raw, unbridled sets at the Knitting Factory or Sudsy Malone’s. Most will go to act out memories they only wished they had.

Neutral Milk Hotel can’t go on tour without disrupting their own mythology. They’re one of the only bands whose fan base grew around artifacts, not experiences. There was magic to them because they were so firmly lodged in the past—in screechy demo tapes, yellowed show posters, and websites that hadn’t been updated since the ’90s. The cult of Mangum felt like a religion because it existed in the collective imagination of its participants. No real live experience ever tainted the scripture of the band. What happens, then, when Jesus shows up?

I don’t know if I’ll go to Georgia in October. Jeff Mangum’s songs have meant more to me than almost any other music—I’ve wrapped so much memory inside his scratchy chords and braying horns. But I know that if I go, I’ll be disappointed, no matter how good the band sounds, no matter how awed the crowd. If transcendence exists, it’s not something that can be forced.