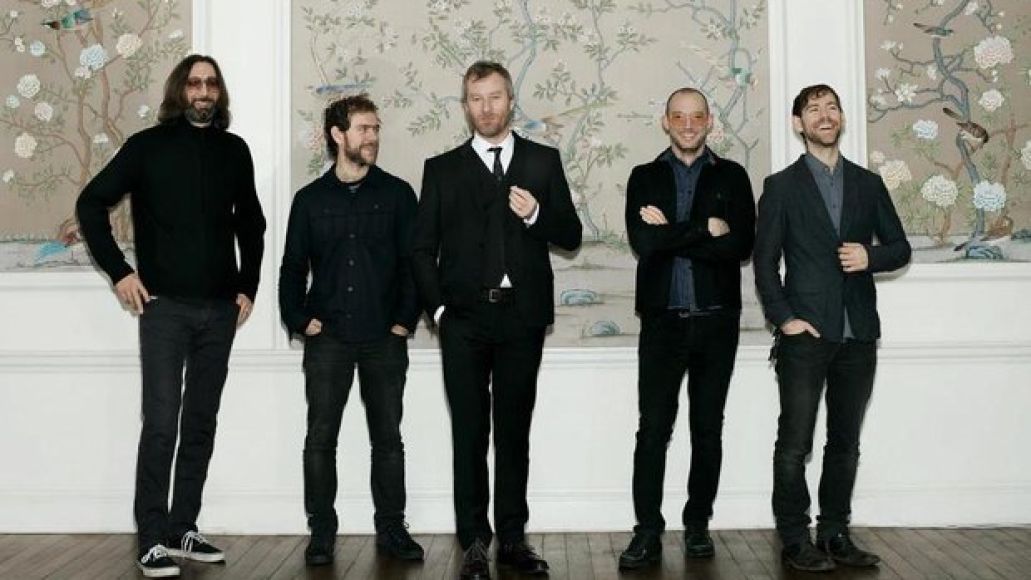 In what’s becoming a de rigueur stop on the pre-release press junket, The National hopped on Reddit for an AMA (Ask Me Anything) today to field questions, town-hall style.

In a mostly jovial atmosphere, the band fielded questions about bathroom breaks during their six-hour performance of “Sorrow” at MoMA, film scores, a possible Pavement cover, the new album Trouble Will Find Me, and revealed an inter-band squabble over a Let It Be reference. Some highlights below (read the whole thing here):

Matt Berninger: I think we are actually planning to release a 6 hour vinyl version of that performance for charity. Seriously. Hope it happens.

Have you all thought/been approached about making a soundtrack/score to a movie?

Bryce Dessner: Aaron and I recently wrote music for a kerouac biopic called ‘Big Sur’. We’d like to do more but for now we are really focused on learning the new songs and touring this year.

Any chance you tour with arcade fire again?

Bryce: probably? i saw richard last night and we talked about it but i think maybe something special and not a tour would be the right idea. they are close friends of ours.

Will ‘Sorrow’ ever be played again?

Bryce: yes, we played Sorrow last night. We were well-rehearsed for that one 🙂

How much wine did you drink during the show? I lost track…

Matt: Not as much as I should have. I was mostly worried about piss breaks.

Is that Sufjan Steven doing the quiet falsetto at the beginning of “Afraid of Everyone”? (and the “ahs” throughout the entire song for that matter?)

Aaron Dessner: Yes it is him but it was almost unintended. He was playing harmonium and singing quietly in the studio — not into the microphones. So the vocals you hear are captured indirectly through the mics on the harmonium.

First off, in “Don’t Swallow the Cap”, Matt references the album Let It Be, and a lot of people were wondering if it was in reference to the Replacements album or the Beatles album.

I’m a huge fan of the Virginia EP and the expanded version of High Violet. Are you guys planning on doing something similar to those for Trouble Will Find Me, perhaps something to tie in with the release of the Mistaken For Strangers film?

P.S. Your choices of songs to cover has always be awesome and eclectic, got any plans for future ones? I know we at the American Mary forum would love to see you do a certain Pavement cover 🙂

Bryce: we actually recorded way too much music this time, and many songs which are just as strong as the ones on the record. where in the past we might have made extended versions, this time around we have more material so I am not sure what the plan is but we definitely want to finish those songs. as for a pavement cover…I’d be into it! Matt and Scott are the real pavement experts so its up to them 🙂

Matt: No it’s a Mats reference!

Had Stephen Malkmus heard your line about waiting for Pavement to get back together before booking you guys as warm-up for their tour?

Bryce: yes they had….

Matt: I’m pretty sure I’m the one who got them to reform. You’re welcome!

What We Learned From The National's AMA on Reddit