I’d like to think of Omar RodrÃ­guez-López as the music industry’s Val Kilmer. He’s not exactly below blockbuster fare, he’s erratic and wont to do his own thing (even despite the wishes of his collaborators), he’s been paired up with just about everyone, and he shanks his hair off at random intervals. Ten years ago, he slapped around guitarists worldwide on The Mars Volta’s startling 2003 debut, De-Loused in the Comatorium, and last year he tossed the name in a ditch and let his .357 Magnum fucking rip. His latest outfit, Bosnian Rainbows, finds the El Paso mastermind spooning new flavors of rock with longtime pals Teri Gender Bender (of Le Butcherettes), Nicci Kasper, and former Volta drummer Deantoni Parks. As he told Inland Empire Weekly, “It’s a band—that’s something I haven’t been in for over 11 years.”

He’s not wrong. Not since De-Loused, and possibly At-The-Drive-In’s diamond swan song, 2000’s Relationship of Command, has RodrÃ­guez-López felt so alive. That’s saying a lot, considering he’s since released 27 mildly forgettable solo albums and five more hit or miss packages under Volta. It’s the lack of control that’s freed him up. He’s neither tethered nor confined; instead, his scope’s just about everywhere. “I found myself lonely and bored,” he continued. “So it’s like, OK, new phase—let’s get into it and lets create a dialogue. Let’s find some things out.” With Bosnian Rainbows, it’s the focus on not thinking that’s brought RodrÃ­guez-López out of his clamshell studio.

Send the thank you notes to Teri Gender Bender. The habitual reckless hurricane of Le Butcherettes doesn’t exactly Bogart the spotlight, but it’s impossible to ignore her. In the past, she’s turned shaggy heads with her fiery stage persona, which strangles together the pathos of Nolan’s Joker and the endurance of Whedon’s Hulk. At any time, she can be Iggy, or GG Allin, or Morrison, battering her head on amps, microphones, and/or shoes. This time around, though, she’s Chrissie Hynde, or Cherie Currie, or Siouxsie Sioux, opting for melody in lieu of chaos (although, it’s always within arm’s reach). Over 11 tracks, she actually sings, traipsing over new wave (“Dig Right in Me”, “Torn Maps”, “Red”), skittering garage-pop (“Always on the Run”, “I Cry For You”), or post-psychedelic pop (“Mother, Father, Set Us Free”).

Yet RodrÃ­guez-López isn’t as lax as he thinks he is. Maybe he’s not overseeing every nook and cranny (doubtful), but he does have an idea for each song, whether it’s a hook or a break. Later track “Turtle Neck” retains some of the proggy flair ups he’s always fancied, even channeling a Zeppelin squonk that should satiate the fans with hunger pains following last year’s Noctourniquet. The jagged guitar blips on “Torn Maps” might be the poppiest thing he’s whittled up since “Pattern Against User”, “The Eye Fell in Love” opts for intimacy over exile and teases of lessons learned from Frusciante, and closing track ”Mother, Father, Set Us Free” rides out on the sort of high-octane horsepower that The White Stripes left behind.

It’s not all there, however. So much of the album ricochets around good ideas that it’s difficult to grasp what they’re really looking for at the moment. At times, it feels like Bosnian Rainbows could be art punk, a label the groggy runners “Eli” or “Always on the Run” support, though often they’re groping the Italo-disco sound revered by Johnny Jewel, as exemplified by “Dig Right in Me”, “Red”, or “Morning Sickness”, or acid rock a la “Mother, Father, Set Us Free”. It’s not as convoluted as that might suggest — especially since Teri’s words are far more literal and grounded than Cedric Bixler-Zavala’s necromantic lyricism — but it’s nonetheless a clutter, albeit a colorful one.

Still, whatever they’re reaching for as Bosnian Rainbows is far more exhilarating than what either party’s put to tape in recent years, specifically RodrÃ­guez-López. For a guy who’s well-regarded as a prodigy behind the boards and the guitar, he sure hasn’t sounded like it over the years. He’s been ambitious, sure, but at the mercy of sounding confused, histrionic, and even angry. Perhaps it’s knowing that At The Drive-In and The Mars Volta are truly behind him, I don’t know, but something’s changed and the lanky guitarist remains worthy of the occasional “OMFG!” — they all do, actually.

Such success leans on their chemistry. Whereas Volta lost itself shortly after 2005’s Frances the Mute, and Le Butcherettes struggled to bottle Teri’s NO2 on Sin Sin Sin, Bosnian Rainbows finds a new band of old friends at a dusty intersection where every direction’s a solid and amicable choice. Sometimes that’s the sort of moment a debut needs to highlight and sometimes that’s all a debut needs to be. As for whatever happens from here on out, well, this is as good a promise as any. It’s hard, it’s soft, it’s loud, and it’s tender. Kiss, kiss, bang bang, baby. 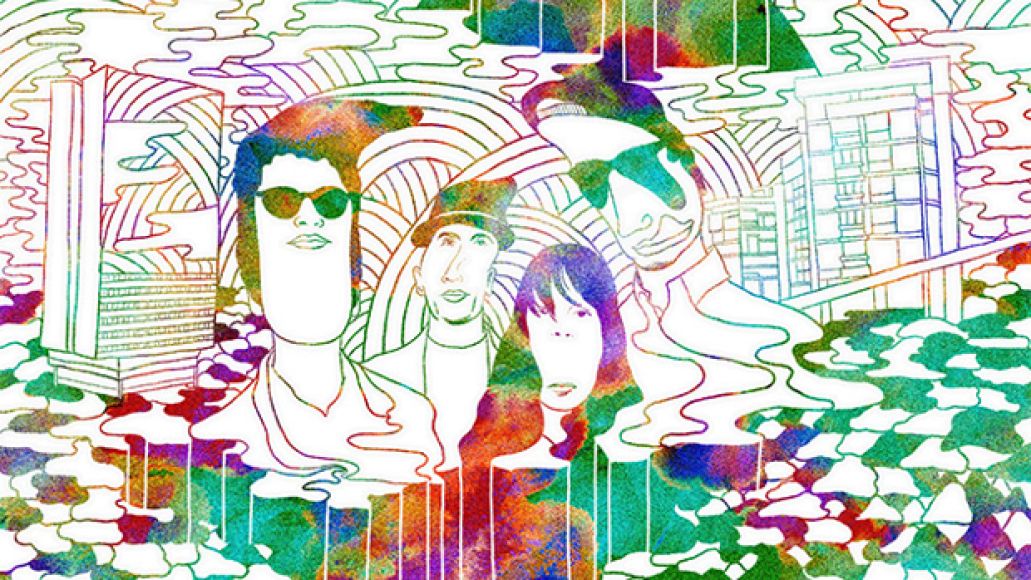