It was inevitable that our greatest pop mind would eventually make an anti-pop record. The question is why did he have to make the thing so difficult on us. Kanye West shut the rap game’s whole shit down with My Beautiful Dark Twisted Fantasy, 2010’s positively bloated force that had us realizing the inadequacy of that very term, “rap.” Because, in addition to being at turns beautiful, dark, twisted, and fantastical, MBDTF was also unmistakably Ye’s — the product of the only guy who could have pulled off such a superhuman feat, yes, but who’s also built his career on extrapolating others’ sounds and making them, inventively, his own. With Yeezus, the proper solo follow-up, Ye reveals himself as even more eccentric and cocky than he’s been in recent years. And given that the 36-year-old makes his best music when he’s most willing to get right up in our faces, what we have here, blessedly, is a nearly too-close-for-comfort look at one of our leading provocateurs’ neurotic makeup.

That’s not all we have here, of course. On the mere sonic front, West has never gone bigger. Yeezus is an album alternately metallic, manic, and melancholy, with top-dollar samples ranging from Nina Simone’s “Strange Fruit” to Pusha T’s “Blocka”, plus overlapping cameos from Chief Keef and Bon Iver’s Justin Vernon. But more on all that later — most pressingly, this is a document so indicting that you worry whether you’ll personally be called out by the time it’s done.

The guy’s on-edge, see. West’s first kid was born Saturday, and Yeezus — recorded mostly in three very recent weeks — was written and made during his daughter’s gestation. But while such a timetable arguably should lead to interpersonal worries being the record’s primary source material, West is at his most sociologically minded ever here. A vast portion of the album’s tension stems from perceived racism and inequity, both social and economical. This is Kanye working that out with his classic hypocrisy in tow. He contradicts himself, but he is a god, he contains multitudes.

Songs have names like “Black Skinhead” and “New Slaves”, the Nina Simone joint was originally written as a poem about the lynching of African-Americans, and West can’t help but bring the color divide into play even as he’s talking about fucking: “Put my fist in her like a civil rights sign.” Also significant are the presences of Chicago rappers Keef and King L, the former the numbed voice of the bullet-riddled South Side, the latter, born in ’87, a sort of communal median between West and the 17-year-old Keith Cozart.

Like MBDTF, though, Yeezus is a total package in the sense that the lyrical pleasures start small. Some very Kanye wordplay here: “You see it’s leaders and it’s followers/ But I’d rather be a dick than a swallower.” “I keep it 3hunna like the Romans/ 300 bitches, where the Trojans?” There are also oddball references to The Waterboy and Tron, and “I Am a God”’s “Hurry up with my damn croissants!” is bound to be the new “What she order, fish filet?” I’ve already mentioned the two guest rappers here – there are no posse cuts a la “Monster”, much less guest verses that could keep up with Nicki Minaj’s on that 2010 track – but West always has the personality to keep things, to say the least, interesting.

Except when he’s dead-ass serious, which is when the album’s at its best. On “Black Skinhead”, we get some lines regarding his relationship with Kim Kardashian: “They see a black man with a white woman/ At the top floor they gon’ come to kill King Kong.” The song is racially charged, with another line about “them black kids in Chiraq.” Its freneticism and urgency make it such a thrill. “New Slaves” has one of the clearer concepts on the whole album, about the relationship West sees between blacks of different classes and consumerism: “You see it’s broke-nigga racism, that’s that ‘Don’t touch anything in the store’/ And this rich-nigga racism, that’s that ‘Come in, please buy more.’” Lord knows this stuff isn’t as vivid as The Autobiography of Malcolm X or Menace II Society, but the only thing keeping it from being stirring like the entertaining Django Unchained is its lack of gratuitous violence.

Here’s one of the more memorable pulls from West’s recent interview with The New York Times, his first of any kind in years: “I think that’s a responsibility that I have, to push possibilities, to show people: ‘This is the level that things could be at.’” Each of West’s first five albums pushed possibilities, but never has he made a record this radical. With contributions from a wide array of collaborators for the music – including Rick Rubin, Daft Punk, TNGHT, and Young Chop, plus usual suspects RZA, No ID, and Mike Dean – Yeezus has a uniform character and can change things up at a dizzying clip.

A brief sampling: “On Sight” is abrasive acid-house, there’s a blasting brass-drop at the two-minute mark of “Blood on the Leaves”, “Send It Up” is on some DJ Mustard-via-Pretty Hate Machine shit, and “Bound 2” is a veritable geyser of soul samples, the prettiest thing we’ve heard from West since “Devil in a New Dress.” Rubin was brought in to give the album its minimalist bent (his records used to say “reduced by Rick Rubin”), and it worked to the thing’s endless benefit. These beats bang and clang, just not busily so, leaving space left to be occupied by the raps and all of Vernon’s vocal calisthenics as well as pure atmosphere.

Yes, the minimalism leads to an atmosphere characterized by very little subtlety – a thread historically intertwined with the most unselfconscious pop music. Yeezus, of course, is anti-pop, but conceptually instead of sonically; “Honestly, when I listen to radio, that ain’t where I wanna be no more,” West proclaimed during his headlining set at Governors Ball. But West being the same guy who did “Gold Digger”, who did “Stronger”, who did “Love Lockdown”, there was always going to be some level of commercial-friendliness to the album, or at least it was going to be more accessible in his hands than in anyone else’s attempt. Yeezus feels very proto- something, the roots of some aesthetic that has yet to be minted. It’s revolutionary at its most urgent, as on “Black Skinhead”. It’s an album for the books, one that indicates West’s hunger for exploration while always sounding like it could become extraordinarily popular, even for him. This is the level that things could be at. 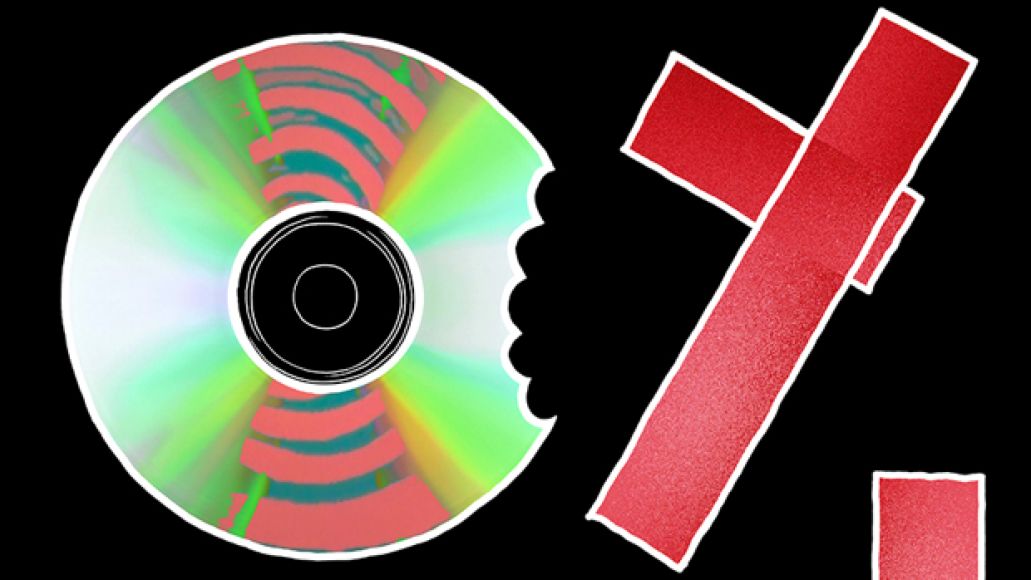