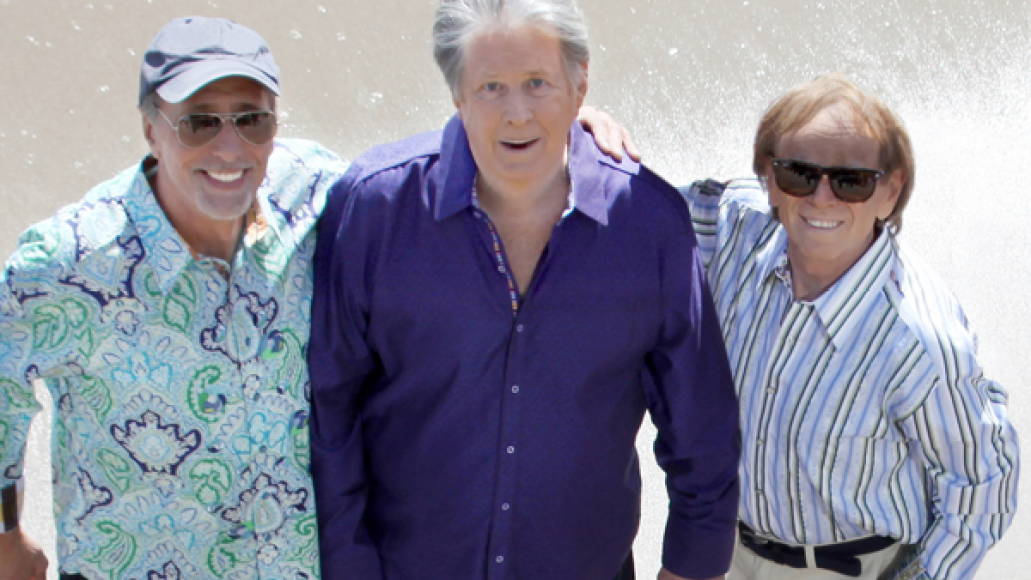 “When I watched Jeff Beck perform ‘Surf’s Up’ to honor me at the MusiCares Person of the Year event in 2005, I knew I had to find a way to work with him,” says Wilson in a press release. “He absolutely blew my mind and we’ve been friends ever since.  Jeff’s incredible guitar playing is exactly what I want for my new album and I’m also looking forward to performing live with him soon.”

“I was really moved by the fans’ excitement about The Beach Boys’ album and tour last year,” Wilson explains. “It charged me up and my head was full of music – I just couldn’t wait to get back into the studio to let it out.”

There’s no release date or tracklist just yet, but recording’s underway at Wilson’s own Ocean Way studios, where longtime collaborator Joe Thomas is overseeing their “woodshedding approach to the recording process, letting collaborative creativity drive the sessions .”The Beach Boys’ longtime label home, Capitol Records, will release the album.

As previously reported, Wilson’s heading out on tour with Jardine and Marks this summer for a number of special tour dates. Perhaps we’ll hear some new tunes? Consult the full itinerary below.

In related news, actor Paul Giamatti has signed on to play Dr. Eugene Landy in the upcoming Brian Wilson feature film, Love & Mercy (via The Wrap). For reference, Landy served as Wilson’s therapist and physician during the songwriter’s struggles with drugs and obesity. Giamatti joins the already cast John Cusack and Paul Dano, who play Wilson’s older and younger selves, respectively.