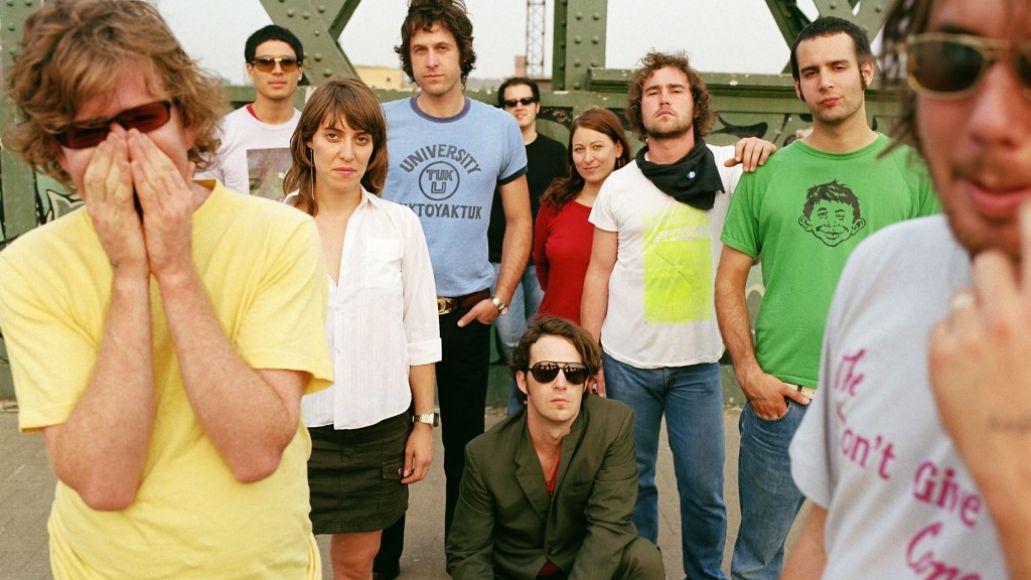 On June 8th, Broken Social Scene will perform their first concert in two years as part of Arts & Crafts Records’ Field Trip Music & Arts Festival, which celebrates the label’s 10th anniversary. However, leave it to ol’ Jimmy Fallon to nab the Canadian collective for an appearance on his show, and they’re bringing along Feist!

According to Fallon’s website, Broken Social Scene and Feist will serve as the musical guest on the June 6th episode of Late Night. Christopher Meloni, AKA Detective Elliot Stabler from Law & Order: SVU, will also be a guest that night, which is all the more reason to watch.

Update: Speaking of Field Trip Music & Art Festival, Kevin Drew has announced that Broken Social Scene will be performing their critical and commercial smash, 2002’s You Forgot It In People, in full.

Broken Social Scene and Feist to perform on Fallon this Thursday