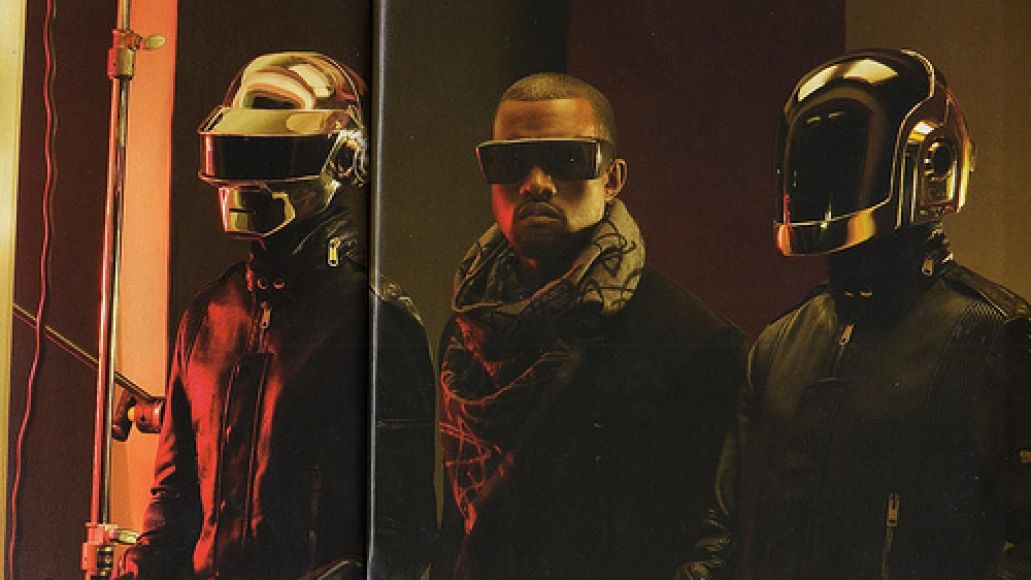 Few details are known about Kanye West’s new album Yeezus, but one especially golden nugget is shrewdly hidden on Vevo. As Kanye To The points out, the video for Kanye West’s Saturday Night Live performance of “Black Skinhead” credits Thomas Bangalter and Guy-Manuel de Homem-Christo, AKA Daft Punk, as “Composers”.

In an interview with Rolling Stone earlier this year, Daft Punk said they joined Kanye in a Paris studio and recorded a combination of live and programmed drums. “It was very raw,” Bangalter said of one particular session with West. “He was rapping – kind of screaming primarily.” That description certainly seems to fall in line with “Black Skinhead”.

Also worth noting: “Black Skinhead” includes a sample of Marilyn Manson’s “The Beautiful People”, which means fans of Kanye, Daft Punk, and Manson finally have something to talk about over tea.