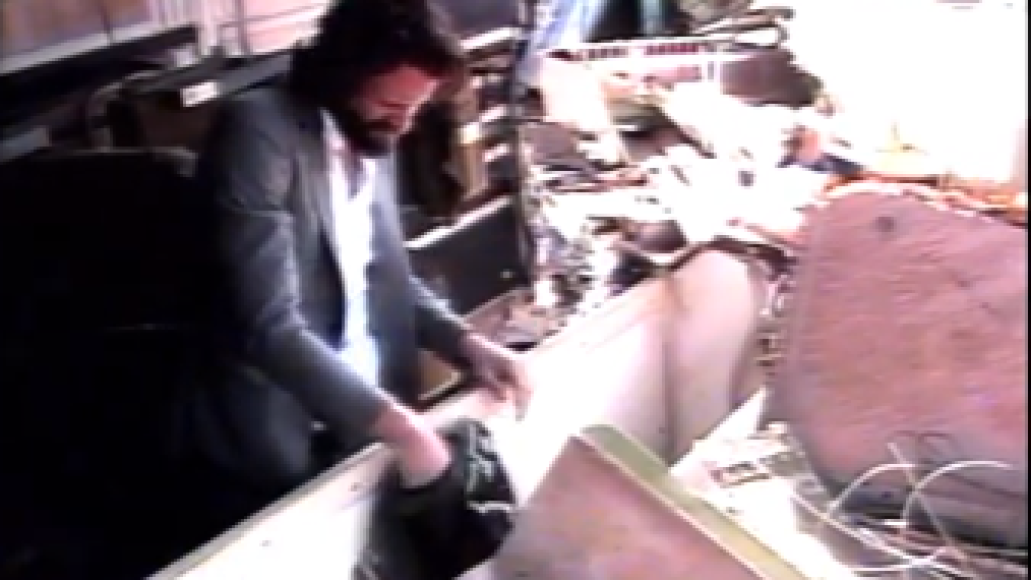 To avoid irritating Seattle rocker J. Tillman (aka Father John Misty), and maybe make our own jobs that much easier, we’ll just let him describe the VHS-style video for the Fear Fun standout “Funtimes In Babylon”:

“Music videos don’t need blurbs. It’s like putting a brief summary before a Garfield comic strip. Also when did everyone start calling them ‘clips’? A ‘clip’ is an excerpt of a whole, I thought. Whoever post’s this, don’t spoil the ending in your blurb, which will probably read like this: “Seattle based folk beardo Father John Murphy mopes around a deserted, apocalyptic landscape (and shows off some of those infamous dance moves) in this Josh Tillman directed clip for ‘Funtimes In Babylon’.”

We couldn’t have said it better ourselves. Watch the video below.

And while we all may never be as brazen or succinct as Tillman, we can at least smell like him. In conjunction with Sanae Barber of SANAE Intoxicants perfume lab, Tillman’s launching a woman’s perfume called Innocence, by Misty. Watch Tillman sniff test and wax poetic in the promo below.

Finally, smell the real-life Tillman for yourself as he makes his way across the U.S. this summer: